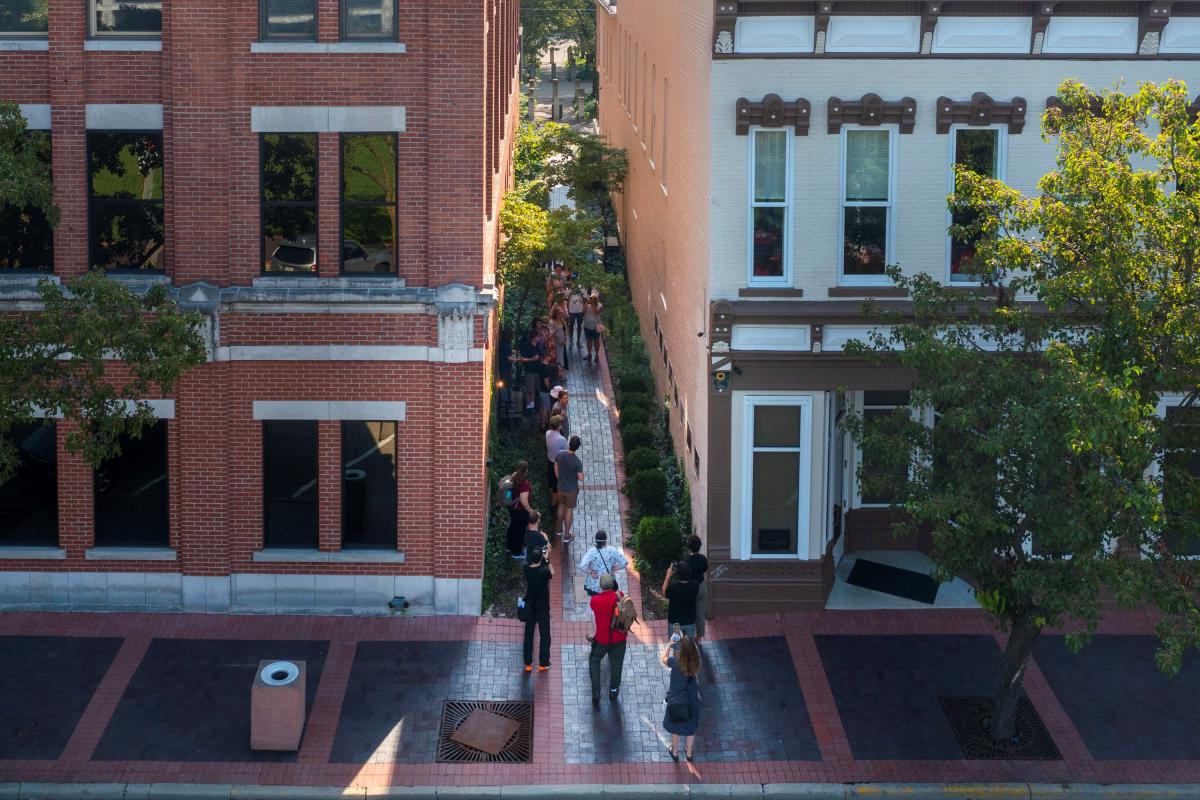 One of the sites for Exhibit Columbus's Miller Prize in art, architecture, and design (Hadley Fruits for Landmark Columbus Foundation)

If you’re not from Indiana, and you’ve heard of Columbus - Columbus Indiana, that is – what you’ve probably heard is that it has world-class public art and architecture. That art and architecture isn’t just sitting there. It’s being used and lived in. New spaces and places are still being imagined. And built. One group that’s doing that is the Landmark Columbus Foundation, through its program, Exhibit Columbus.

Exhibit Columbus is a biennial program that brings together designers, architects, artists, community leaders and more to develop temporary art installations across Columbus. Equally important are the conversations that lead up to the art pieces.

The announcement for this year’s theme just came out, and the first public conversation about it – the Exhibit Columbus Symposium - takes place in Columbus October 21 and 22.

I spoke with Richard McCoy, the Executive Director of Landmark Columbus, about the symposium, how they plan to avoid having installations drop in from “Planet Architecture,” and what it means to have nationally recognized art and architecture in a small Midwestern city.

Listen to the conversation above. You can find more information about Exhibit Columbus at their website.