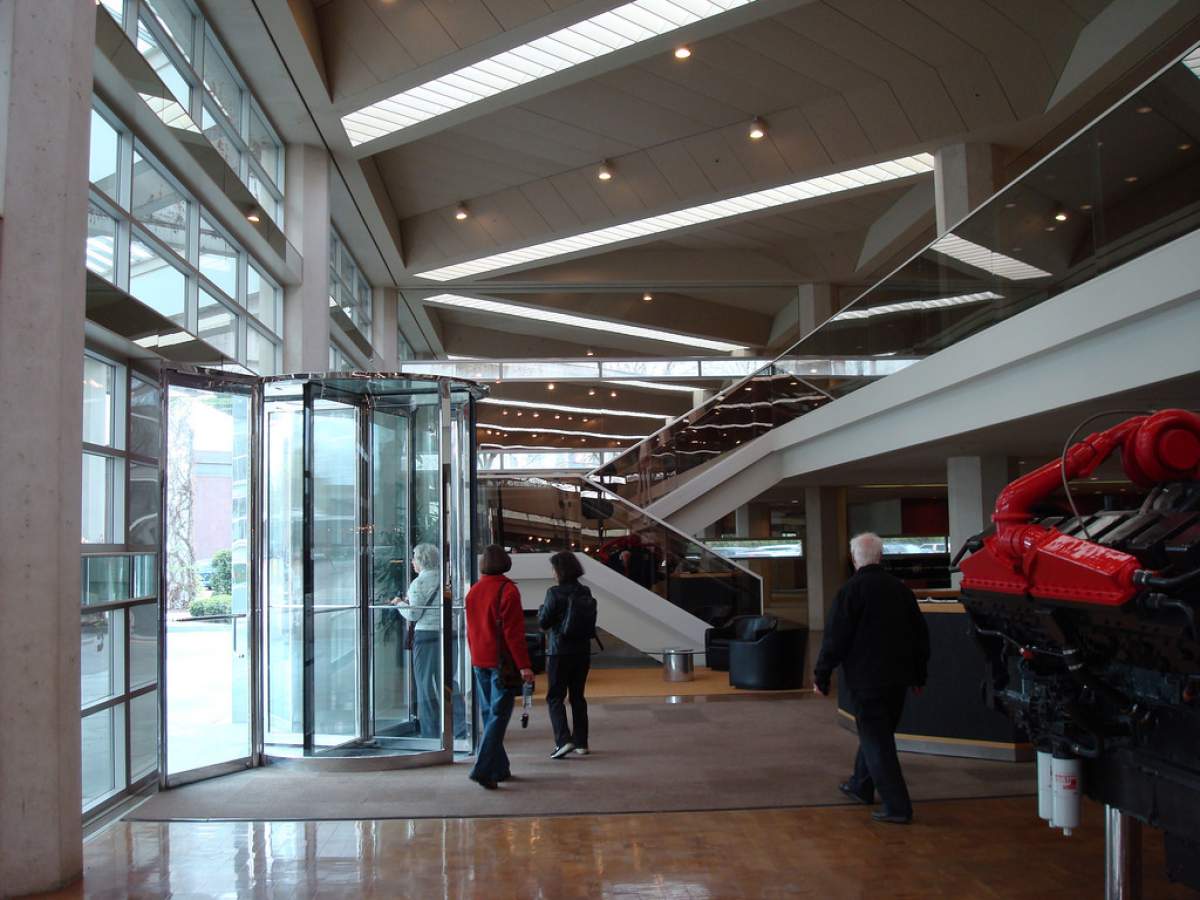 Columbus Indiana has an illustrious design legacy. Known as "Athens of the Prairie," the city of just over 40,000 in South Central Indiana has more than 80 buildings, landscapes, and pieces of public art by the world's most celebrated modern architects and artists-including Eero Saarinen and I.M. Pei, Jean Tinguely, and Henry Moore.

Founded in 2015, Landmark Columbus is an organization dedicated to preserving this heritage, but also, to maintaining the city's identity as an aesthetic standard-bearer. To this end, the organization has launched Exhibit Columbus as a way of branding the city as a cradle for international design into the future.

We want to continue making new things. To continue this sort of grand adventure that started in 1942.Â

"We want to continue making new things," explains Richard McCoy, director of Landmark Columbus. "To continue this sort of grand adventure that started in 1942 with First Christian Church across the street being designed and built by one of Europe's most famous architects. To inspire the community to invest in the value of good design."

The Intersection Of Design And Community

Titled "Foundations and Futures," the program's inaugural symposium, which gets underway September 29th, is divided into four sessions-Modern Art and Life, Making and Maintaining, Architecture and Industry, and the Future of Cities. The symposium has succeeded in attracting renowned designers and architects from all over the world, who will engage in dialogue with community stakeholders at the keynote session.

The cross-pollination between the international design community and that of Columbus, Indiana is key to the event. Exhibit Columbus seeks to make design matter to everyone in Columbus. The presentation in June featured a slide talk by the exhibitions director of ArtPrize. The international contemporary art competition, now in its 8th year, brings 400,000 visitors to Grand Rapids, Michigan for 19 days every fall. Insofar as it involves public art and engages numerous stakeholders in the community as venue hosts and partners, it's a model for Exhibit Columbus.

I actually believe that for everyone, the design of their built environment is important.

"When they started I don't think they could predict how, at this point, now, everybody in Grand Rapids wants to talk about contemporary art," ventures architect Janice Shimizu, university installations coordinator and member of the curatorial steering committee for Exhibit Columbus. Â "I think the same thing can happen here, where when we talk about the design of the built environment, and design education being for everybody, people will then in the same way engage with what gets built and designed, and feel that their opinion does matter."

Things will get built and designed, and not simply discussed, as a part of Exhibit Columbus. Held on years alternating with the symposium will be an exhibition by architectsÂ and designers competing for the J. Irwin and Xenia S. Miller Prize Competition. Â The ten finalists for the 2016-2017 prize include the following:

By January, that pool will be whittled down to five winners, who will implement their proposals at five different iconic Columbus landmarks. The designers will create temporary projects in response to those sites-including Mill Race Park, the Cummins Corporate Office Building, the Bartholomew County Public Library, and two national historic landmarks-the Irwin Conference Center, and the First Christian Church.

Engaging With The Built Environment

The temporary installations will be on view from August through early November 2017. Other, smaller projects will be exhibited along Washington and Fifth Streets; and graduate design and architecture students from nearby universities will work with students from third grade through high school to create additional installations near Central Middle School.

"So not only will kids be involved in creating their own project," McCoy explains, "they'll see things being built in their own backyard."

As will everyone in town. Calling attention to the city's landmarks through these temporary installations is meant to get all Columbus residents engaged with its culture of design.

"First and foremost, this is really about getting the community excited about art and design and fabrication and education," McCoy says, "as much as it is about bringing tourists to the community."

"I actually believe that for everyone, the design of their built environment is important," asserts Shimizu. "I don't know that they're always talking about it day to day. But I don't think it's a stretch to say that people care about it, that theyÂ have opinions about it,Â that when given the opportunity to engage with new pieces in response to and in dialogue with beloved landmarks that they won't be engaged with it."