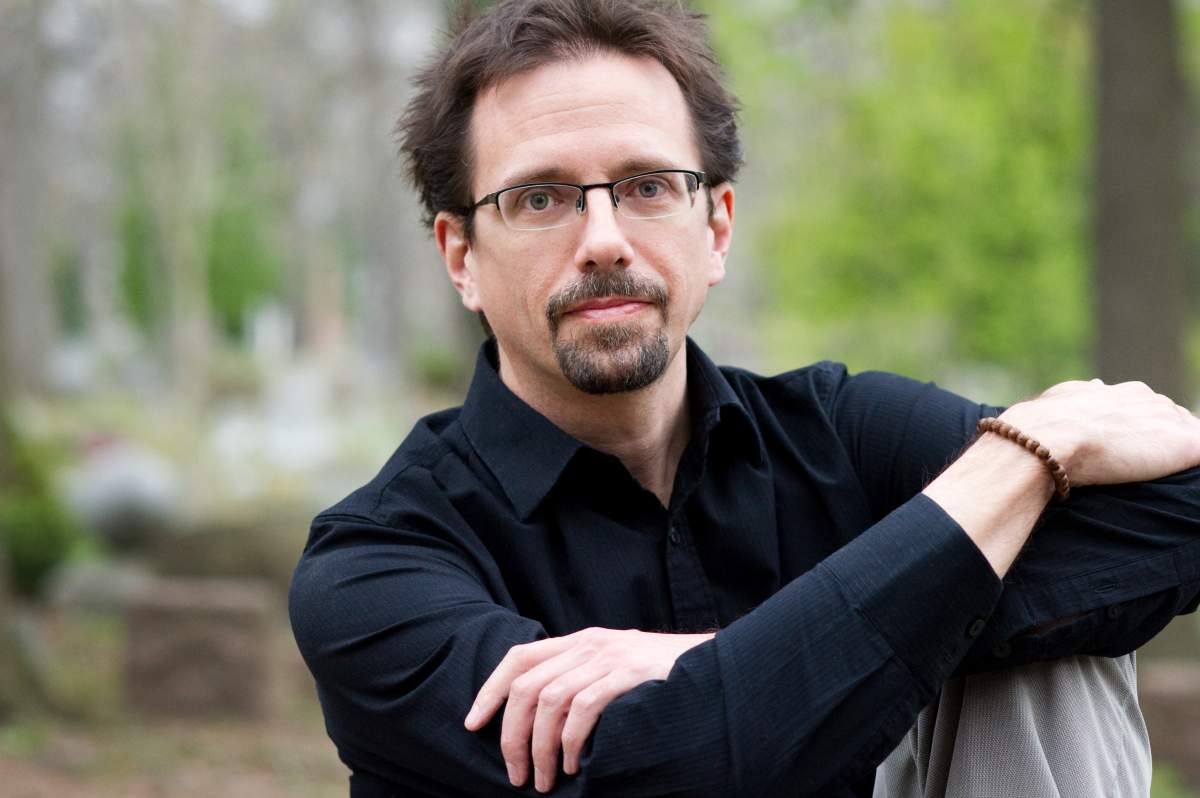 WFIU's featured contemporary composer for the month of November is Evan Chambers. Originally from Alexandria, Louisiana, Chambers is currently Professor and Chair of Composition at the University of Michigan.

A traditional Irish fiddler as well as a composer, Evan Chambers often blurs the line between folk and classical music.  Raised on the edge of suburbia, Chambers found himself somewhere between rural and urban society and his musical interests were influenced by his father's equally enthusiastic renditions of Tchaikovsky on the violin and John Henry on the five-string banjo.

For his solo album Cold Water Dry Stone, Chambers approached each work based on his personal encounters with the traditional musics of Ireland, Albania, and The United States. The music for the album was composed after Chambers traveled to Albania and features soprano Jennifer Goltz and the new-music ensemble Quorum, with whom Chambers serves as resident composer.

Chambers received his undergraduate degree in music from Bowling Green State University and his master and doctoral degrees from the University of Michigan. His compositions teachers include William Albright, Leslie Bassett, Nicholas Thorne, and Marilyn Shrude, with studies in electronic music with George Wilson and Burton Beerman.

A recipient of individual artist grants from Meet the Composer, the Arts Foundation of Michigan and ArtServe Michigan, Chambers has also been a resident of the MacDowell Colony. He has received commissions from the Albany Symphony, The USMA Wind Ensemble, members of the Cleveland and St. Paul Chamber Orchestras, Quorum, the Greene String Quartet, the Detroit Chamber Winds and Strings, and the University of Michigan Bands, among others.

WFIU will feature music of Evan Chambers in our classical music programming throughout the month of November including an entire program devoted to Chambers on Horizons in Music,  Tuesday, November 5 at 10pm.