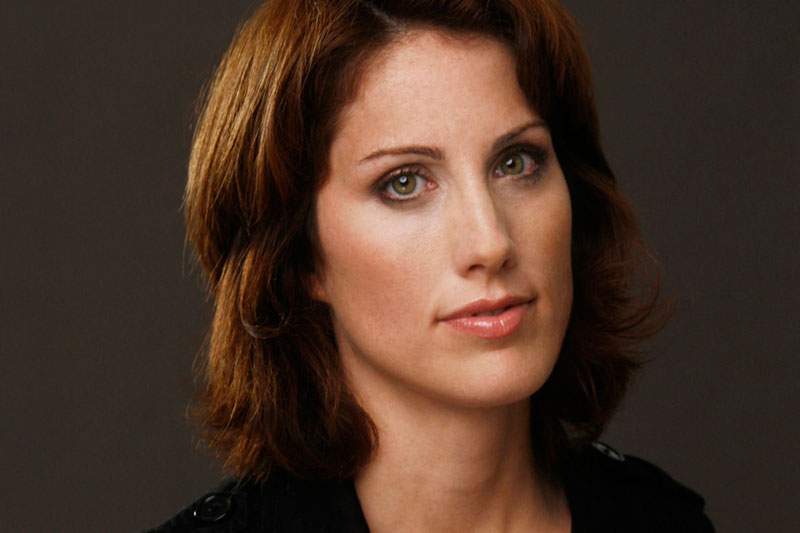 Even though Erin Foley is a New York native living in L.A., her sports allegiances extend to Indiana. "Growing up playing basketball, we watched 'Hoosiers' 790 times, so I'm a little sentimental about Hoosier basketball," although she still seems a little stung by the men's basketball team's defeat in this year's NCAA tournament. ("I picked Indiana to go all the way. Total bracket buster.")

Hang tight, sports haters. On stage she bounces from a scathing description of sideline football reporters to a joke about her troubles buying shoes for her size 10 feet. She says a comic has to be well rounded, so hopefully that means something for everyone at her shows.

One topic she is sure to mention, sometimes in the initial moments of a routine, is the fact that she's gay.

She admits that focusing on her sexuality on stage and in press material is a smart business decision it brings members of the gay community to her shows. "If you're not on TV constantly, it's harder to put people in the seats for all these comedy clubs," she says.

Her career started off on the big screen when she was cast in the film "Almost Famous" (2000). She says she hadn't even taken an acting class at the time of that audition. Perhaps it was her clothing that grabbed director Cameron Crowe's attention in the callback. "I happened to be rocking a sweet velour shirt just because I liked velour at the time," she remembers. When Crowe booked her for the role, he requested she bring the velour shirt to the set.

Even when she's on the road she stays true to her ritual of turning on the Yankee game at 4:00pm. This particular weekend she had another game on her radar.

"I'm pretty excited for the WNBA All-Star Game. Did I mention I was gay?"