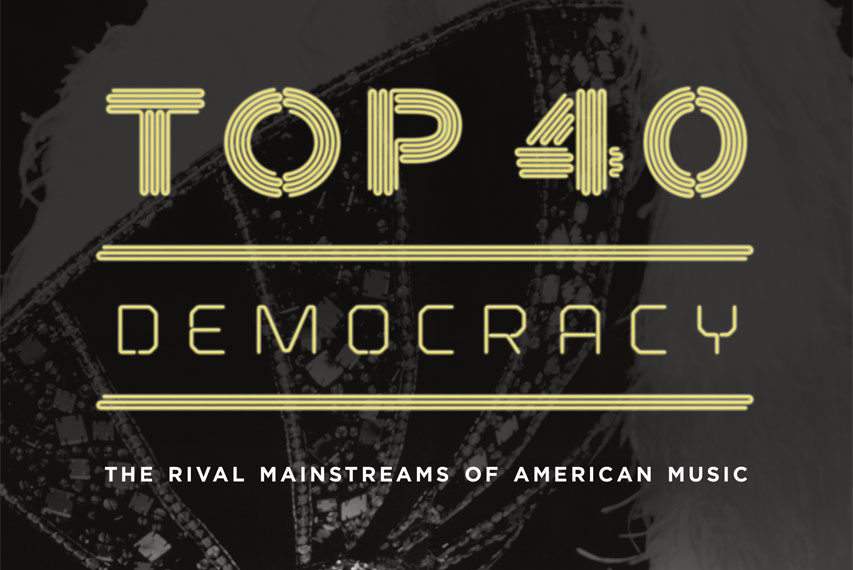 "Top 40 radio all sounds the same." That's a complaint you may have heard before. But for the scholar and music critic Eric Weisbard, that similarity is not a problem, but rather a clue.

Weisbard, assistant professor of American Studies at the University of Alabama and founder of the Experience Music Project Pop Conference, has a new book called Top 40 Democracy: The Rival Mainstreams of American Music, explaining what we can learn about culture from Top 40 radio, and how it's shaped both artists and audiences over the years. He came to WFIU to discuss the past, present, and future of top 40, and "radio" more generally. Some interview highlights are below:

On the history of Top 40 radio:

It started with not a radio, but a jukebox. It started with radio guys sitting in a diner watching a waitress at the end of her shift put her own money in the jukebox to play the same songs that the customers had been paying for all day long. And the radio guys are looking at this woman somewhat condescendingly-there's a certain element of sexism to it-but nonetheless commercially, strategically looking at this woman saying, "You know? You can't overplay these songs!" People really do want to hear a small number of songs again and again and again. And the lesson of Top 40 has been that when a song is in people's heads, they want to hear it. They want to hear it over and over and over for as long as it takes for that song to become an indelible part of their lives.

In the 70s and 80s, the success on FM radio on these different kinds of [radio] formats was really important. Because what it was doing was letting the world know that different groups of people who might have been marginal to commercial culture before had to be taken very seriously as publics.

On Top 40 and queer identity:

It is amazing how Top 40 has been a conduit. Coded sexual identities become more outright expressly queer identities. Take someone like Sam Smith from this year. He's still working in the Elton John vein, like George Michael in between, but now he can be an out gay man and there's no issues about that. And yet he's still a Top 40 figure. He's not presenting his sexuality in an aggressive fashion. It's what I like "airbrushed identity."

On Top 40's lack of specificity:

We don't actually need for a Top 40 song to be very specific. In the case of Elton John, the great example of that is his hit song "Daniel," which [Bernie] Taupin wrote about a Vietnam War Veteran, and was supposed to have an explanatory final verse. Elton cut the verse out, to this day have no idea what it is because he threw it away, and said "the song's more mystical if you have no idea what it's exactly saying!" Top 40 is hinting all the time, and it's almost never explicitly telling.

On the future of radio:

I think that it very well may be the case that the specific idea of a set of signals being transmitted through the air geographically-limited range of people, that may go away. What I don't think will go away is the two things that radio is about: one, the intimacy of listening through radio, and the way it carves out particular people and makes them feel at the center of things. If those two things, if they go away, I'm going to be very disappointed.

A longer version of this interview will be available on a future episode of Profiles.