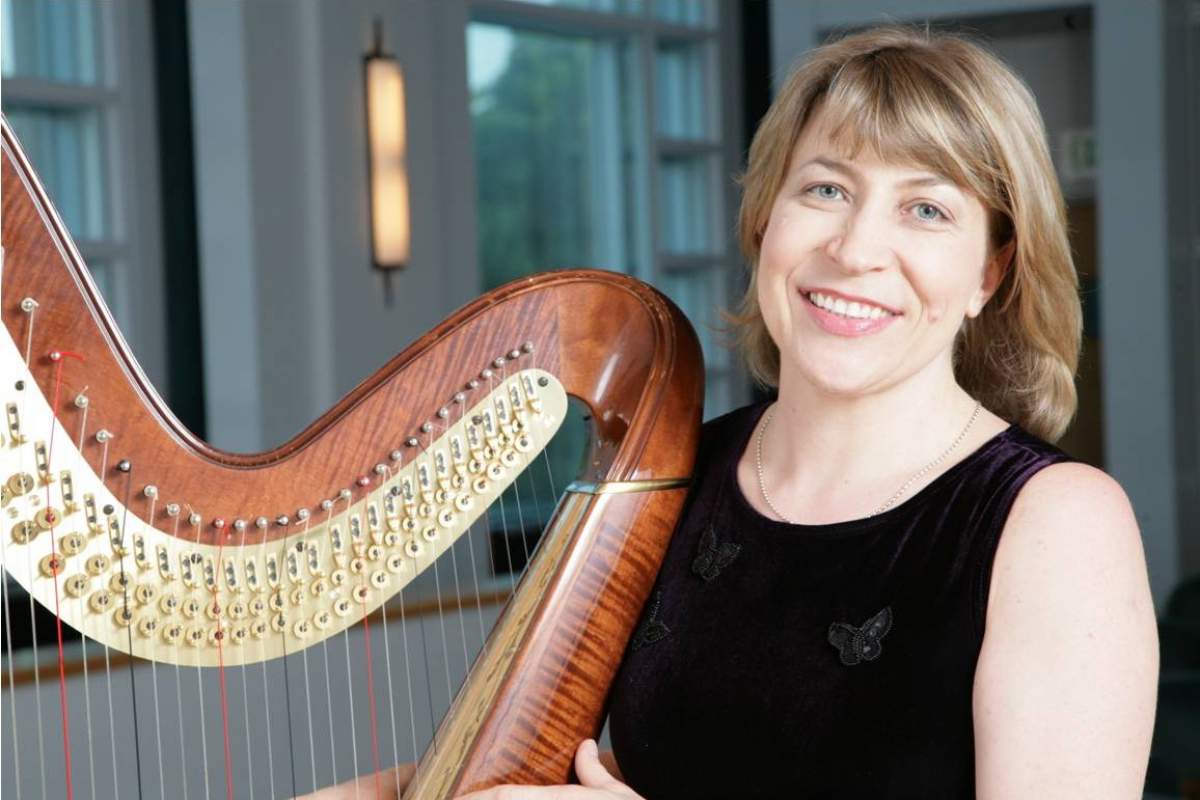 WFIU's Artist of the Month for February is harpist Elzbieta Szmyt, Associate Professor of Music and Director of the Pre-College Harp Program at the Indiana University Jacobs School of Music.

A native of Poland, Szmyt studied piano before taking up the harp. She holds music degrees from the Chopin Academy of Music and Indiana University, as well as degrees in clinical psychology from Warsaw University. As a harp soloist, Szmyt has appeared with the National Philharmonic Orchestra in Warsaw, the Cracow Philharmonic, and the Metropolitan Orchestra of St. Louis.

Szmyt is also active as a clinician, giving lectures and performances at the World Harp Congresses held in Copenhagen, Prague, and Dublin. She gives regular master classes for harpists in Poland and the United States. During her career, Szmyt has given solo and chamber recitals throughout Europe and in Japan, Canada and the United States. In 1995, she released a solo CD titled "Rhapsody," which includes well-known works by Bach, Liszt, and Debussy, as well as unique selections by Felix Godefroid, William Croft, and Elias Parish-Elvars.

As director of the Pre-College Harp Program at the Jacobs School of Music, Szmyt's responsibilities include arranging lessons for students and overseeing weekly masterclass performances. The program is open to young people ages 6-18. Szmyt aims to "create an inspiring atmosphere of friendship and support" for students interested in learning to play this challenging and beautiful instrument.

WFIU will feature performances by Elzbieta Szmyt in our classical music programming throughout the month of February.