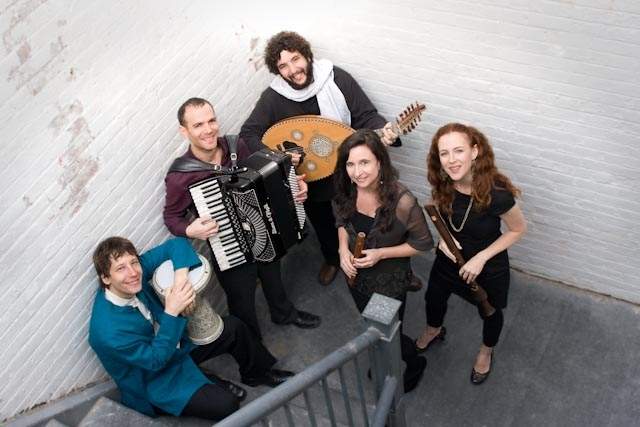 Early music veterans Daphna Mor and Nina Stern founded East of the River to expand the audience for early music to include fans of world music and jazz. Their program is titled "Levantera" a strong easterly wind and both artists are in fact wind players. "It's just one of the nice connections for the program," says Mor.

"We're very excited to be a part of the Indianapolis Early Music Festival and we hope that our presence will actually attract music lovers from outside the base of the early music festival, people who go to early music and jazz concerts as well," said Stern.

"What is fun and interesting in our view of creating East of the River is in using the skills of musicians from different traditions. With early music, world music and jazz there are elements of improvisation. Each one has its own style, but improvising on the basic melody of a piece is shared by all three," adds Mor.

"Many of the pieces are dances." says Stern. "We do quite a few medieval estampies, which are circle dances. And we feel that they connect to dances that are still part of living traditions in the Balkans along with horos and kolos which are part of our program as well. Many of the pieces on the program that may appear to be modern are works that have been composed in styles and traditions that are in fact centuries old, living traditions with ancient roots."