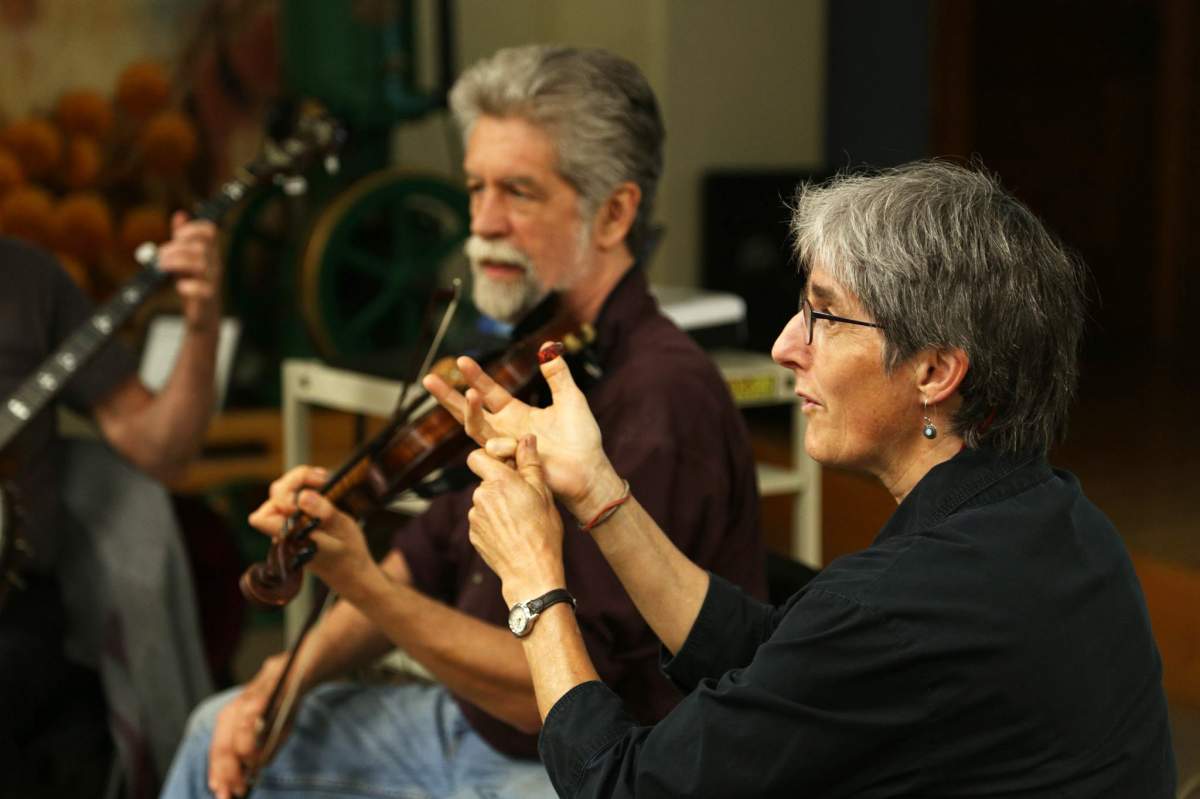 If you overhear a conversation about so-called "early music," it won't be long before you start hearing words like "baroque," or "harpsichord.: After all, the term "early music" traditionally refers to music created before 1750. But, this year, the Bloomington Early Music Festival is testing its boundaries by including a newer kind of old music. "Old-time" music.

Old-time is a rural style of folk music. It's considered the predecessor to Bluegrass, and was most popular during the Depression era. Both Monroe and Brown County have a rich history of Old-time music. And, like many types of early music, it's an art form that has been passed down through generations as part of an oral tradition. This past weekend (May 19) at the Monroe County History Center, the husband-and-wife duo of Cindy Kallet and Grey Larsen lead a workshop on the fiddle music of the late Joe Dawson, bringing life back into this fading tradition.

50 hours of field recordings and conversations with Joe Dawson were recently donated to IU's Archives of Traditional Music and will eventually be available online. Almost the entire collection was annotated, collected, and cataloged by Grey Larsen.