Dust to Dust; Hair to Heir 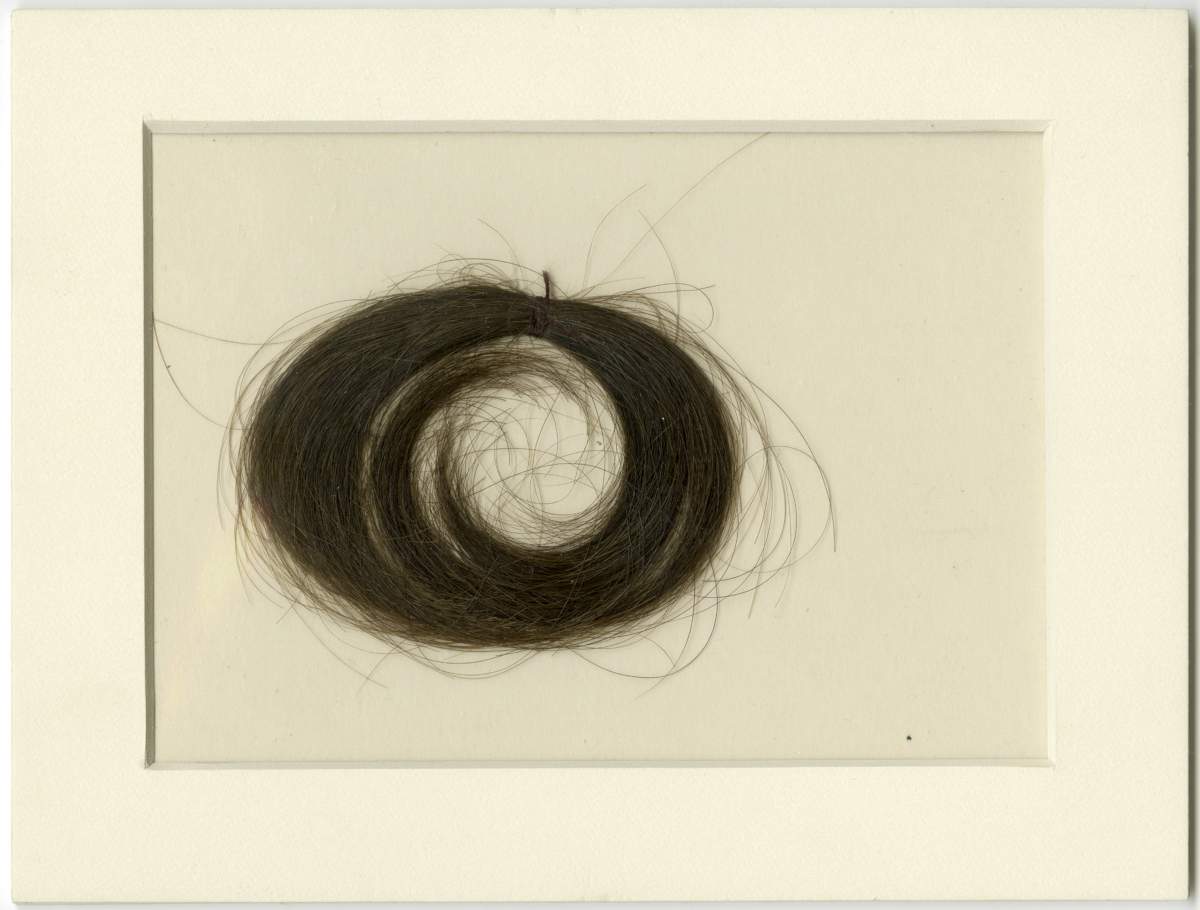 Along with first editions and illuminated manuscripts, Indiana University's Lilly Library is home to the personal effects and ephemera of writers and other cultural figures. Some are surprisingly personal.

Education and Outreach Librarian Rebecca Baumann took me to a room off the side of the main floor and there, on the table, were two clippings of hair. One was large. The other clipping was a bit smaller. That one was tucked into a brooch lying on a bed of cotton.

This was the hair of Edgar Allen Poe, the poet and author of such macabre stories as The Tell-Tale Heart and The Cask of Amontillado.

Where Did This Hair Come From?

Elon Green is the author of "The Strange Afterlife of Edgar Allan Poe's Hair" published at Atlas Obscura.  Green traces the lock's journey from Poe's head.  "The day after he died in 1849," Green explains, "there was a wake in Baltimore."

At this wake, a few people had gathered for Poe. The visitors snipped pieces of Poe's hair. The clippings were to be used as mementoes. It was a way to remember a loved one, at a time when traditional rituals had been proscribed. Green explains:

Prior to the 19th century, people were burying bodies at home, and then thanks to input from doctors and scientists...people decided to start burying bodies outside of town in graveyards, and that became the practice. The problem with that was it sort of upended the mourning ritual for people. One of the reasons they started keeping locks of hair is because at least they could keep something.

However, one curl at the Lilly was not obtained at Poe's funeral. In fact, as far as Green can tell, it's the only lock of hair he found that was clipped while Poe was still alive. It was a gift for a woman named Sarah Whitman.

Whitman was a fiance of Poe's. "I'll actually quote Rebecca [Baumann] because I love her description," Green shares.  "She describes her as, 'a sort of 19th-century version fo the modern goth girl, known for wearing black clothes and [a] coffin-shaped charm,' and she had been briefly engaged to Edgar Allan Poe."

The marriage never came to fruition. Baumann says the couple split after Whitman received an anonymous note. It stated that Poe was drinking again.

Eventually, the hair passed into the collection of J.K. Lilly Jr and the Lilly Library.

What Can We Learn From The Hair?

Plenty of collections include locks of hair, but there is something fittingly unsettling about encountering Poe's. "You know, it's interesting because hair...it doesn't really have any research value," Baumann explains.  "It's not like a letter where you can read Poe's words that you might not have read before, and you understand him better. I mean, you don't really learn anything from looking at it, but it is an affective thing. People feel something."