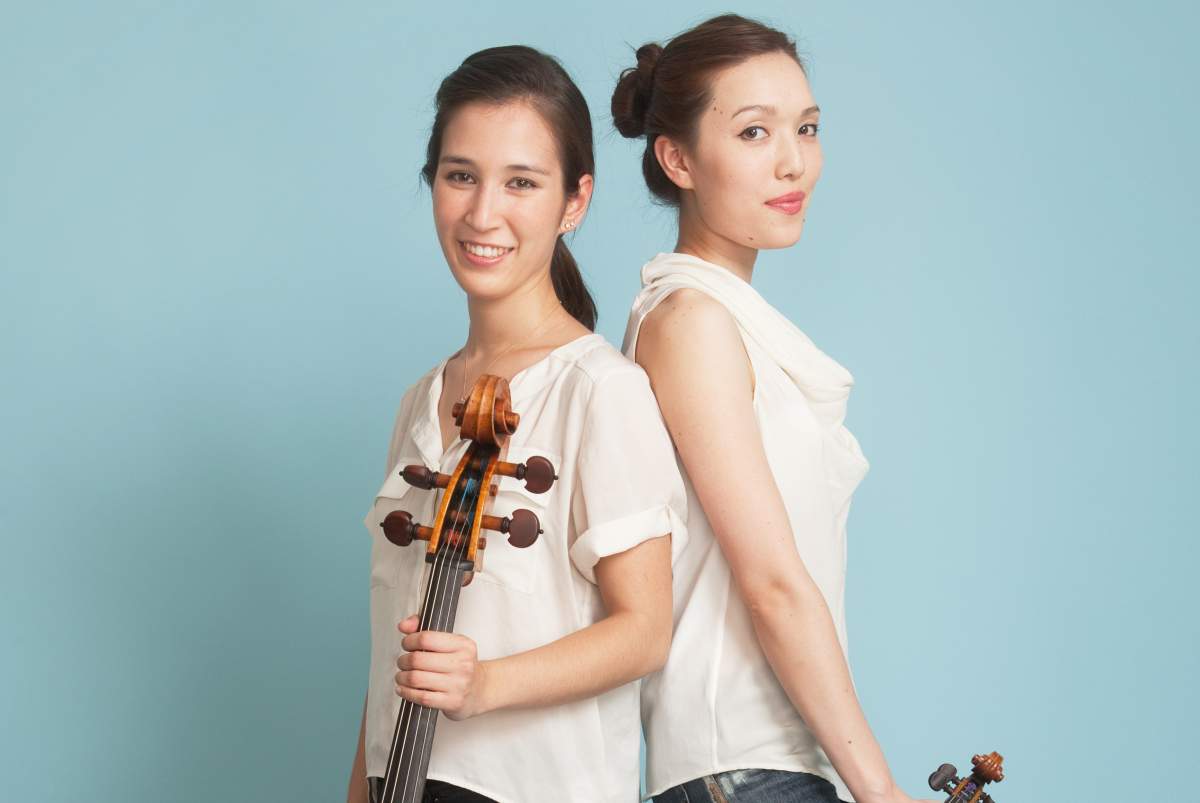 Violinist Arianna Warsaw-Fan and cellist Meta Weiss are an ambitious pair deeply schooled in the classical traditions, but very aware of the media world that their music can flourish in. The two actually ran a kickstarter campaign to fund Ghosts and Flowers. It's a mysterious, lovely and dramatic video of their performance of the Handel-Halvorsen Passacaglia that's a feature of their new Sono Luminus CD Entendre.

The two perform as the Duo W. "Our last names both start with the letter ‘w" and "w" has the word "double" in it.  Since we're a duo, we thought it was sort of clever," says Warsaw-Fan.

Cleverness continued as the two chose to title their CD Entendre. "We purposefully chose that because of the play on "double entendre," says Weiss. In French the word means to hear or understand.  So the idea was that people would hear this album and they would understand us and the music; not just listen to it as background music."

Entendre features a wide range of music, music from Hungary, Germany, France and the United States. We asked the two if some pieces are harder on the cello or harder on the violin; or do they go back and forth.

"Well, I think what's great about these pieces is that they're very evenly matched," says violinist Warsaw-Fan.  "But the Handel-Halvorsen Passacaglia and The Stars and Stripes Forever were written for instruments other than the cello and they may present challenges for the cello."

"Yes" agrees Weiss.  "It's much more awkward to play those pieces on the cello, but the results are well worth it."

A special favorite of the pair is the Duo for Violin and Cello by Zoltán Kodály. "That one is really fun to play," says Weiss. "The challenging parts are the rhythms from folk music and the Hungarian language."

"I really love it," adds Warsaw-Fan. "I think what Meta said about the speech element is really important. It feels like Kodály is telling a story with lots of action and strong character. It's very cool the way he's written a dialogue between the two instruments."

The finale of the Duo W's CD Entendre is a tricky arrangement of Souza's The Stars and Stripes Forever and despite Weiss's earlier admission that the cello part may be a bit awkward you'd never know it from the spirited performance.

By the way, they're interested in doing another video and suggestions are welcome.