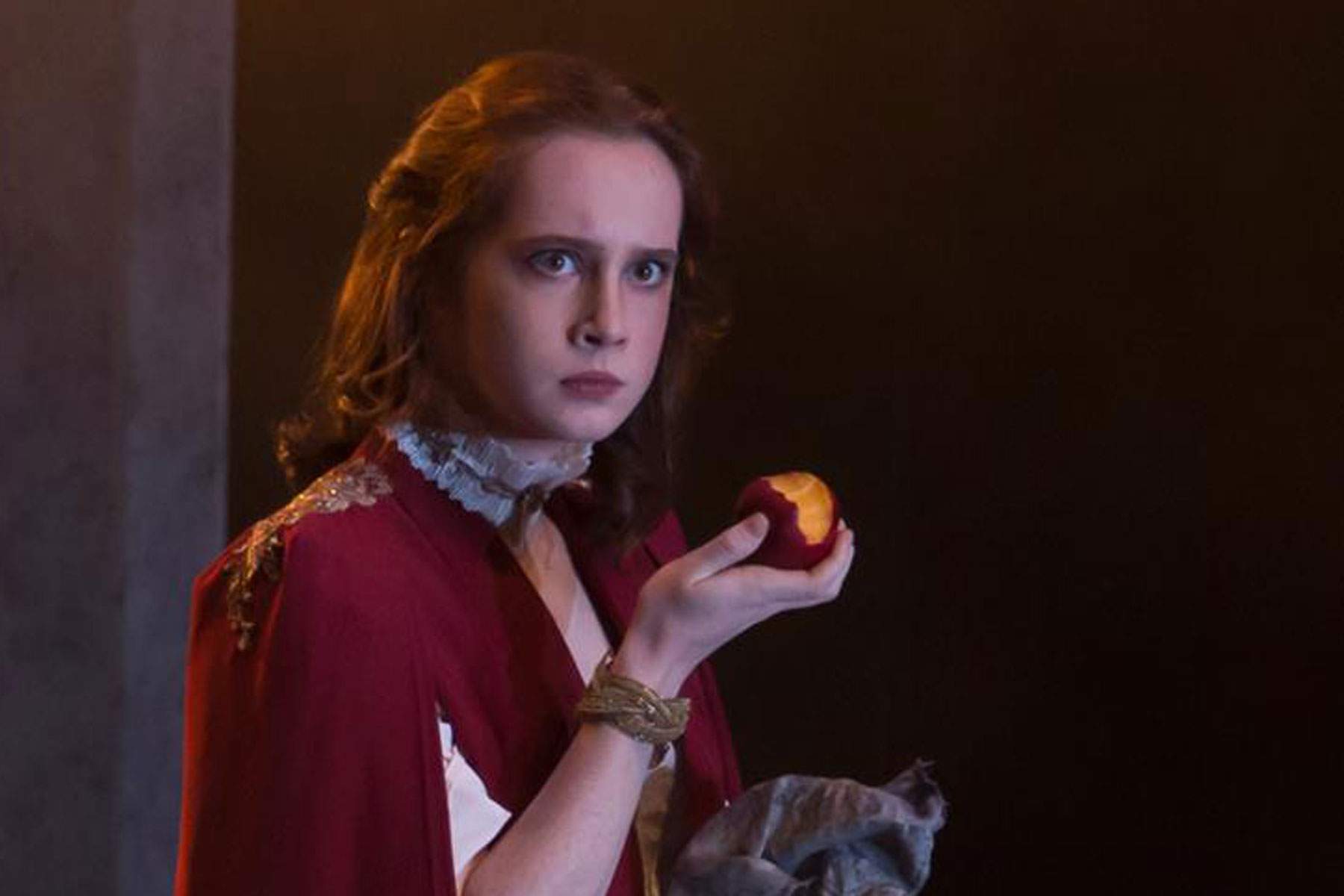 The Duchess of Malfi at IU's Wells-Metz Theatre is an engrossing and fascinating piece of theatre from the English theatre during the reign of James I.

The author John Webster was born into a wealthy commercial family and educated for the law. Most of his plays are comedies written with other playwrights of the time, but his best known works are his tragedies The White Devil  and The Duchess of Malfi. They were performed just around the dates of Shakespeare's final offerings.

The Duchess of Malfi is a powerful revenge tragedy with interesting characters a twisting plot and an impressive body count. The play's Duchess is a strong feminine ruler who's being told what to do with her body by her brothers, a duke and a cardinal. The forces of the state and the church are arrayed against her.

Emily Sullivan played the feisty Duchess in her passion and her pathos. Although both brothers want her to remain a widow, she has other ideas. In a surprising scene, the Duchess actually woos, Antonio, her estate's accountant. Antonio is a well-spoken Chris Handley, even when they're married with children remains a bit in awe of his wife. She's a female character who doesn't have to put on trousers to find her independent spirit.

The Duke Ferdinand, Ryan Claus is the Duchess's twin and throughout the play his fierce anger with her seems to suggest at least an unconscious lust. As the plot winds and he works his twisted vengeance on her, Antonio and even their children, guilt overcomes him Ferdinand goes mad. He comes to believe that he's a wolf and battles with his own shadow.

The Duchess's other brother, the Cardinal, Justino Brokaw is made of sterner stuff. While openly denying the Duchess and Antonio the blessing of the church for their marriage, he very much pulls the strings of the various intrigues from behind the scenes. His callous murder of his too eager mistress Julia, Kaleigh Howland couple dramatically with the irony of his own death.

Central to the drama is Jason Craig West as Bosola. He's a uniquely curious character. In service to the Cardinal Bosola served years as convicted murder and in the drama he's the tool for the Duke. Ensconced in the Duchess's household as a master of the horse, he's a clever spy and a provocateur. Even in moments of doubt until the last seconds, Bosola in action is a conscienceless tool.

The director of The Duchess of Malfi Katie Horwitz has worked closely with Alana Yurczyk's award winning design and the creative lighting of Tony Stoeri to bring a complex drama to the stage in a dynamic, blood soaked and flowing production. Costumes are by Emmie Phelps and there is original music by Emily Yoo and Rob Funkhouser.

You can see an interview with director Katie Horwitz along with this and other reviews at WFIU.ORG/arts.