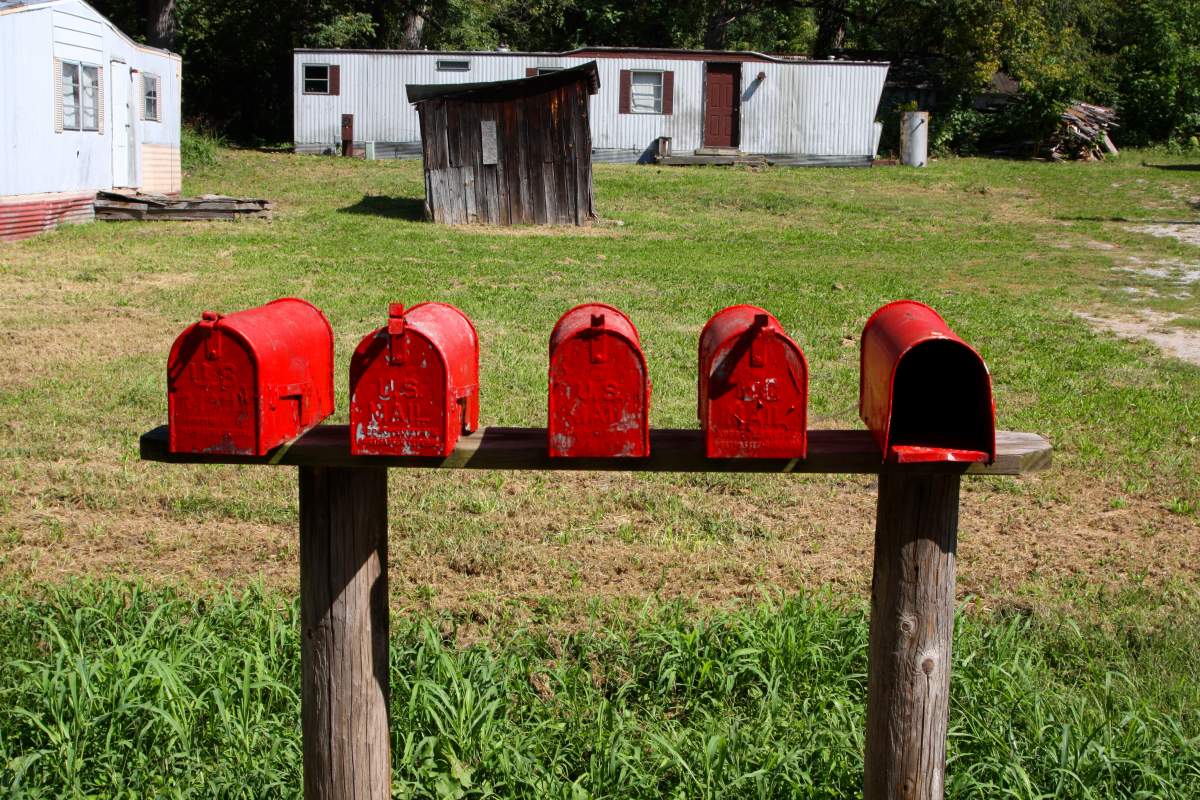 Mark Kidd's exhibition of photographs at the Ivy Tech John Waldron Art Center is called Long Term Parking, which might seem, at first, ironic, considering his life, and his photography, has been a study in long term driving. Having driven for "one of the country's big two" delivery services for decades, Kidd's been taking pictures on the road for even longer.

But his first major road trip was largely undocumented.

"I was given a camera when I was 16, still living at home," Kidd explains, "and one of the first things I did when I got out on my own was to have to pawn the camera."

Kidd was heading West at the time, having spent his early teenage years in Indiana.Â He had to pawn the camera for aÂ generator for the old Renault station wagon he was driving.Â "Thanks to the Renault, I got to stop a lot along Route 66.Â I think I was in Albuquerque when I had to give up the camera. Â But in the big scheme of things, it was a watershed moment."

I remember seeing all these things that I wanted to remember and that I knew I wouldn't remember as vividly as I would have liked to. It was an era and a place thatyou got the impression, even in the 70swasn't going to last much longer. I just feel like I missed a chance to document the things I was seeing.

Why having to pawn his camera to get farther down the road can been seen in retrospect as a watershed moment might become apparent when you look at Mark Kidd's photos. In color and black and white, the pictures are an ode to a world you can only see from the window of a car veering off the beaten track. Where the old roadside landmarks haven't been razed and carted off in preparation for new construction. The pictures' elegiac tone seems to issue straight out of Kidd's teenage sense of regret at not being able to capture the scenery he was observing on that first trip down Route 66.

"I just remember seeing all these things that I wanted to remember and I knew that I wouldn't," Kidd recalls, "I wouldn't remember them as vividly as I would have liked to. It was an era and a place, that you got the impression, even in the 70s, that it wasn't going to last much longer. I just feel like I missed a chance to document the things I was seeing. So thus began a span of 35 years of used cameras and the body of work."

And during those 35 years, spent out West and, for the last decade, back in Indiana, it's as if Kidd's been trying to make up for the things he missed shooting on that first road trip, some of which did stick around after all.

"An old pump house, a railroad undercrossingthe people who built it couldn't care less what it looked like as longÂ as it worked. But now, when I see a rusting truck in a fieldsomething broken, abandoned, left behind for me that's a happy moment."

Of course, there's some wistfulness there. These pictures tell the story of someone born just a little late, right as Detroit was rolling out its most classic models and the nascent Interstate system was sounding the death knell for Route 66 and similarly picturesque by-ways. The romance of the road is never far from Kidd's enterprise.

But it's not all bittersweet; the exuberance of the teenager heading out on Route 66 in an old beater is still there-but this time he's held onto his camera, and he's got a job that feeds his habit

"I love my job," Kidd admits, "because of the things I get to see."