Drama, Picks Up Every Stitch 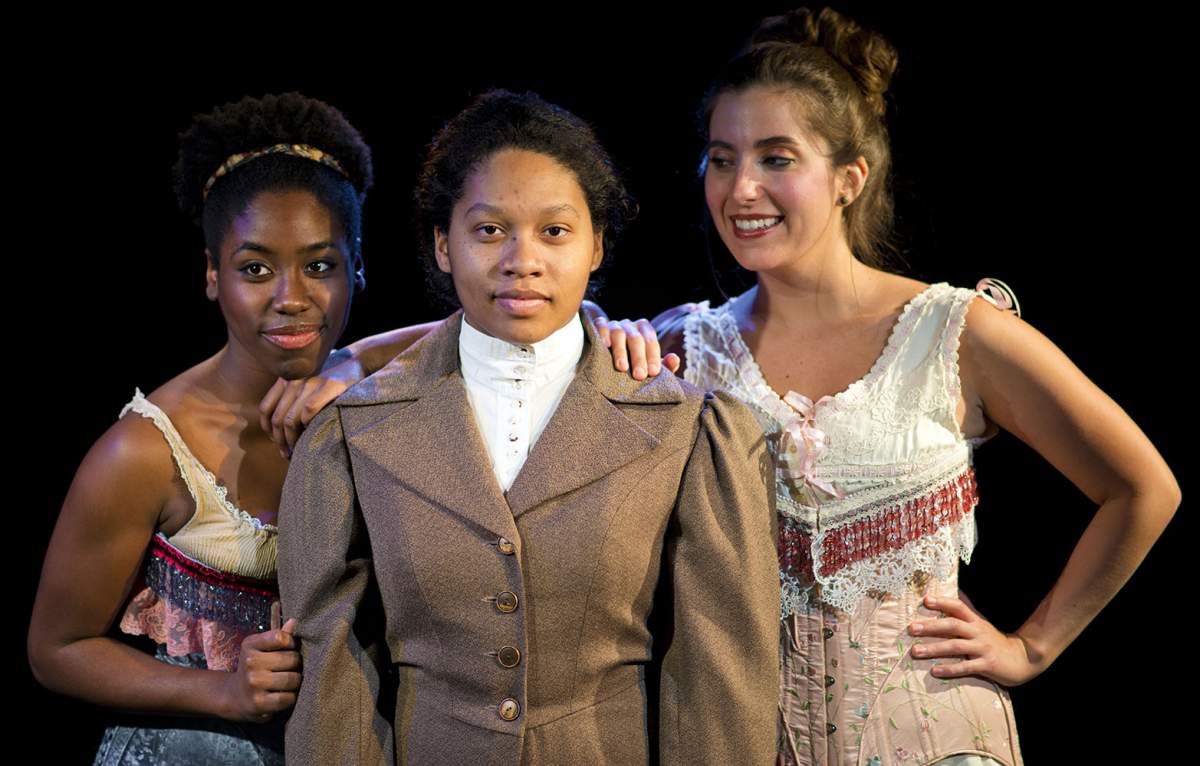 Lynn Nottage is a young American playwright whose work often deals with the lives of women of African descent. Guest director Ron Himes is the founder and Producing Director of the Saint Louis Black Repertory Company.

Himes describes Lynn Nottage's Intimate Apparel as "a piece that bubbles over with characters, plot and issues of gender, race and culture. The main character Esther is an independent seamstress living in New York City in 1905. Her clients include women from down in the Tenderloin and up in Fifth Avenue.  The interesting thing is that the women under the red lights and under the chandeliers, at least next to the skin are all wearing the same clothes."

Through correspondence, Esther meets and eventually marries a young Caribbean who's been working on the Panama Canal. But he's not the only man in her life. "There's a surprising bit of a triangle," says Himes. "Mister Marks is a Jewish merchant that Esther buys fabric and materials from. He is an orthodox Jew, so of course an intimate relationship is impossible, but there certainly appears to be an attraction."

In summary, Himes says "Intimate Apparel makes for a suspenseful evening that really builds quickly and I think it takes us to an end that hopefully the audience won't suspect."