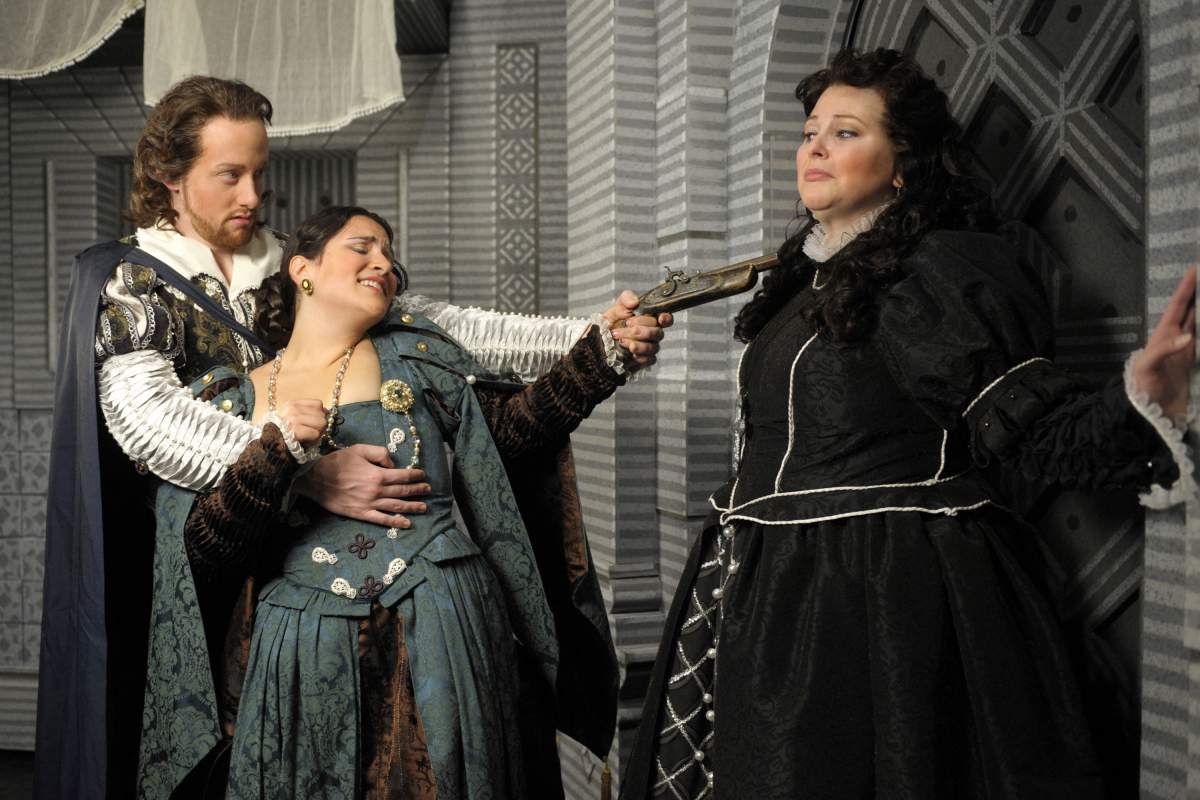 Indiana University Opera Theater opens their 2012-2013 season with Don Giovanni, The Rake Punished with libretto by Lorenzo Da Ponte and music by Wolfgang Mozart conducted by Arthur Fagen,It's an opera with drama, comedy, melodrama and more than a whiff of the supernatural.

Don Giovanni is the quintessential seducer. He's a man that's driven by an almost demonic desire. The Don is a love-them-and-leave-them figure. His hundreds of conquests are a testament to his zest for life, but the rapid exits are also to his ultimate dissatisfaction with it.

Shortly after the opera opens there are screams as the Don is repulsed in his latest efforts by Donna Anna. Krista Rose Wilhelmsen who plays the role says that in this staging directed by James Marvel, the situation isn't quite as straight forward as it is in many productions. "It's not clear whether the Don was guilty of failure to force his intentions or slipped up a bit on the seduction," says Wilhelmsen. "It adds a complexity to Donna Anna's feelings about Don Giovanni that we've left it a little open."

Kelly Glyptis playing Donna Elvira is the next female to appear. She testifies that she was abandoned by the Don and she's pretty angry about it. Donna Elvira buttresses her anger with the claim that the two of them were married. "Absolutely," says Glyptics. "Elvira has a line where she says that they were together for three days and back then if you were with someone intimately for three days, you were legally married. She is still in love and calls him by several intimate terms. Donna Elvira is a rich character that some, including my Don Giovanni, think is crazy, but I think she's quite sane."

IU's Themester 2012 is "Good Behavior, Bad Behavior" and both soprano's agree that with the Don, "It's mostly bad."