Dialing Is Out Of Date, But Suspense Is Always Timely 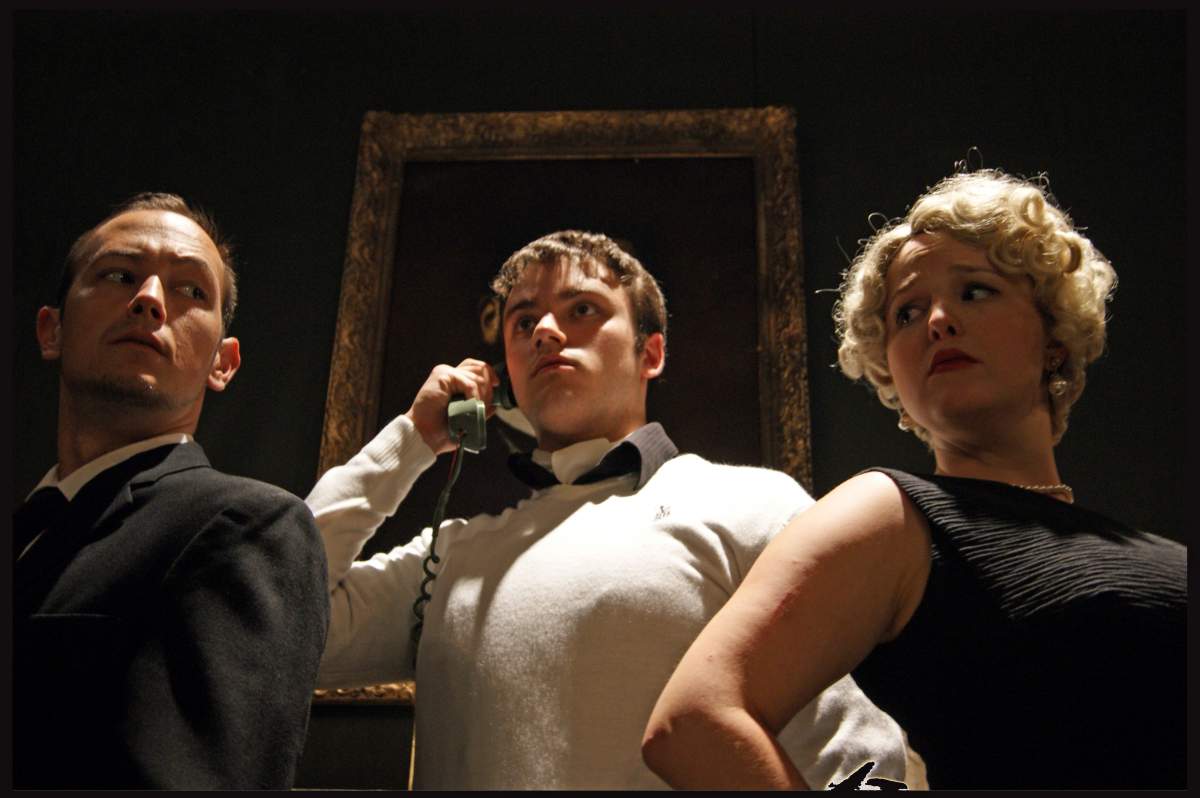 The wealthy Margot Wendice (Heather Lawler) trapped in a marriage with a tennis bum Tony Wendice (Joey Otradovec) is involved with the American writer Max Halliday (Kody C. Jones). Tony has found out and is plotting to kill Margot. Dial "M" for Murder isn't a ‘who dunnit,' it's a ‘how will he do it' and a ‘will he get away with it.'

"And, I'm very pleased to have this cast to work with. It's an amazing group of artists. Shawnee audiences will recognize three of the cast from Clue the Musical. Kody Jones was Professor Plum, Joey Otradovec played Mr. Greene and Heather Lawler was Mrs. Peacock."

Shawnee is always looking for different approaches to drama and this production follows that desire.

"Yes," agreed Carroll. "We're trying a lot of exciting new things with it. A lot of the lights and the sound will be practical elements on the stage, so if you're hearing music it'll be coming from a radio of a record player on stage, and we're kind of playing with that idea of the sound moving in and out of the house.  We're hoping the effect is that it will really pull the audience in and connect them to the action on the stage."