There's The Devil To Pay In Gounod's 'Faust' 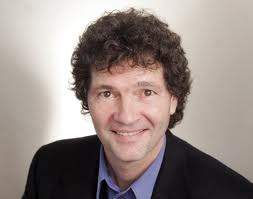 For Gounod's opera Faust, the devil comes to Clowes Memorial Hall in a production by the Indianapolis Opera conducted by James Caraher.

Tenor Gran Wilson sings the role of Faust. He's returning to the Indy Opera for his twelfth production. With WFIU's George Walker he reminisced about his student days in Bloomington at Indiana University, and talked about the challenges of opera, the opportunities that it presents, and the current production.

"I was at IU from 1977 through 1980," recalls Wilson. "I made my debut in a beautiful production of Rimsky-Korsakov's The Night before Christmas. I adored that production. Then I went on to sing the leads in Mozart's Cosi fan tutte, the Massenet Manon and Verdi's Rigoletto. Composer John Eaton was on the faculty and I had a lead in his Danton and Robespierre. And I also sang the Simpleton in Boris Godunov with Doctor Ralph Appleman as Boris. There were just great opportunities."

"Faust is a difficult piece to make work because it's such a hodge podge "admits Wilson. "The ur Faust play is a national treasure of Germany and then you have this French version that Messieurs Jules Barbier and Micel Carré wrote the libretto for and then this very young composer Charles Gounod was commissioned to take it on. It can be uneven at times, but it also opens the door for many different interpretations and that's a good thing."

Wilson has special praise for Faust's stage direction. "Joaquim Shamberger is a wonderful young director. He has interpreted the story as involving a lot of time travel between two époques, the modern and back into medieval times. He's a German who lives in New York. He's a very cosmopolitan gentleman. He's bringing a European knowledge of the whole legend of Faust, of the play, the book and the interpretations. And he has an array of fantastical screen projections that are amazing. I think it's fascinating and I think it works very well.

"In addition, he's great at allowing what I think the American singers bring to the table, a real dedication to acting and to the drama. We have a lovely cast that's a mélange of established professionals who've sung for years and young blood, which is a hallmark of this company. They've always been great about starting careers and being loyal to those who've had them. It makes for a real good vibe, an esprit de corps and he's taking full advantage of that. It's such a dark story and I love the fact that there's so much energy in this production. "