Death Of A Salesman: A Modern Take On Tragedy 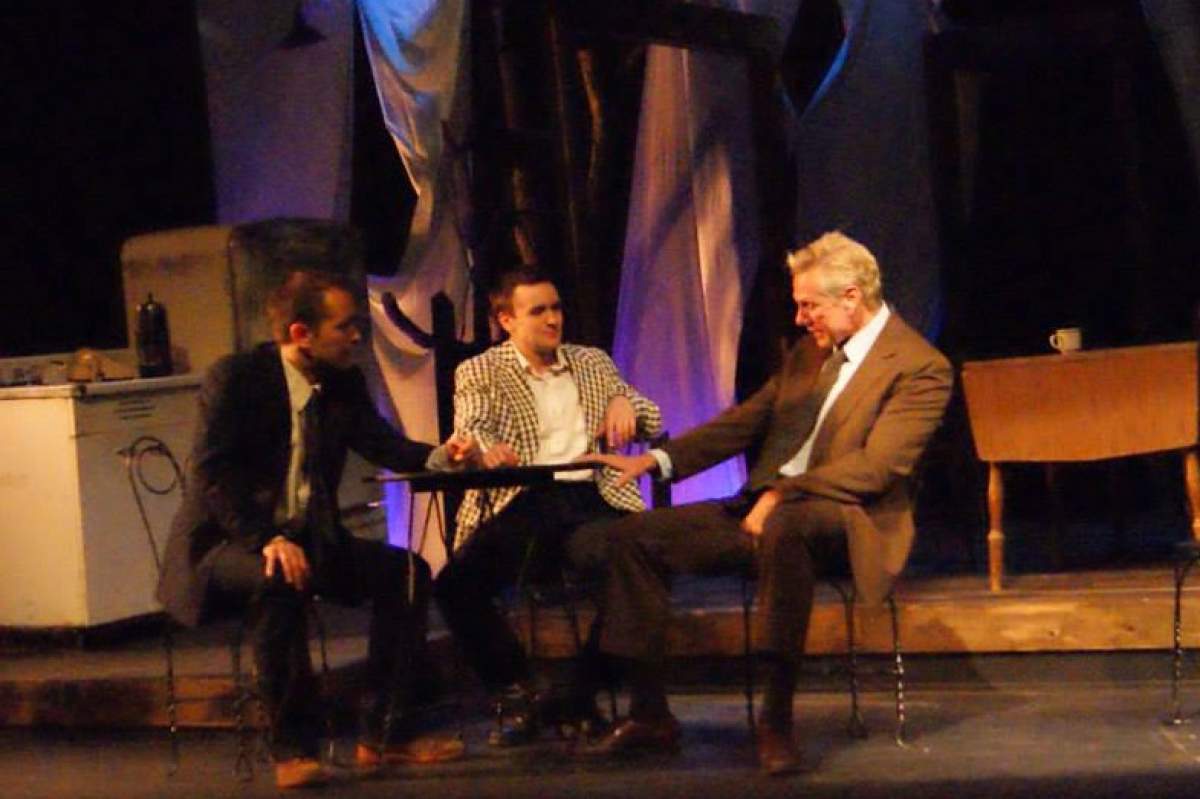 There's a lot of life in the Shawnee Theatre's season ending production of Death of a Salesman. Arthur Miller's award winning play is a tragedy, but it's a tragedy of the little man, the common man. Willy Loman, the versatile Ronn Johnstone, is an aging salesman. Willy's made his life on the road pursuing a dream vision of the drummer with a smile and a shoe shine. At sixty, his smile is more forced and the shoes are a bit down at the heels. Willy's faith in the trapping of the American dream,in outward appearances, in being well liked is failing him.

These same values have also left his sons adrift. Kody C. Jones plays the thirty-four year old n'er do well Biff. He was a star athlete, the family's golden boy, until a dramatic moment led to his loss of faith and direction and a life where Biff just can't seem to catch on. James Sheahan is Happy, the younger brother who has a job, but is merely floating through life. Tyler Lubinus is Bernard, the nerdy next door neighbor who idolized Biff, and still loves him but has gone on to become a successful attorney.

Carolyn Blackinton plays Linda, the wife who loves Willy and her sons. She fiercely supports him and them with real power. Though Linda shares some of the illusions of Willy's dreams, Blackinton clearly showed the continuous strength and the sometimes too quick optimism that has kept the fragile family going through the years.

Death of a Salesman plays artfully with reality and memory as scenes from the past take place in the middle of those from the present and sometimes memory, reality and dreams all mix.  Henry Ragan appears in Willy's day dreams as the raffish Ben, his will o' the wisp older brother. In Willy's mind the dapper Ben offers visions of diamonds from the jungle and gold from Alaska. The Shawnee production directed by Josh Carroll does a skillful presentation of the various levels on Stefan Azizi's thoughtfully constructed set.

The Shawnee's production of Death of a Salesman brings veterans from past shows and new faces together in a strong mix. The play is a deep one that like life has plenty of fascinating twists, turns and contradictions. Especially during the second act emotions ran high and sometimes speed and passion overwhelmed the lines, but I always understood the feelings.

The Shawnee Theatre's production of Death of a Salesman wraps up their summer season with performances tonight, Saturday night and Sunday afternoon.