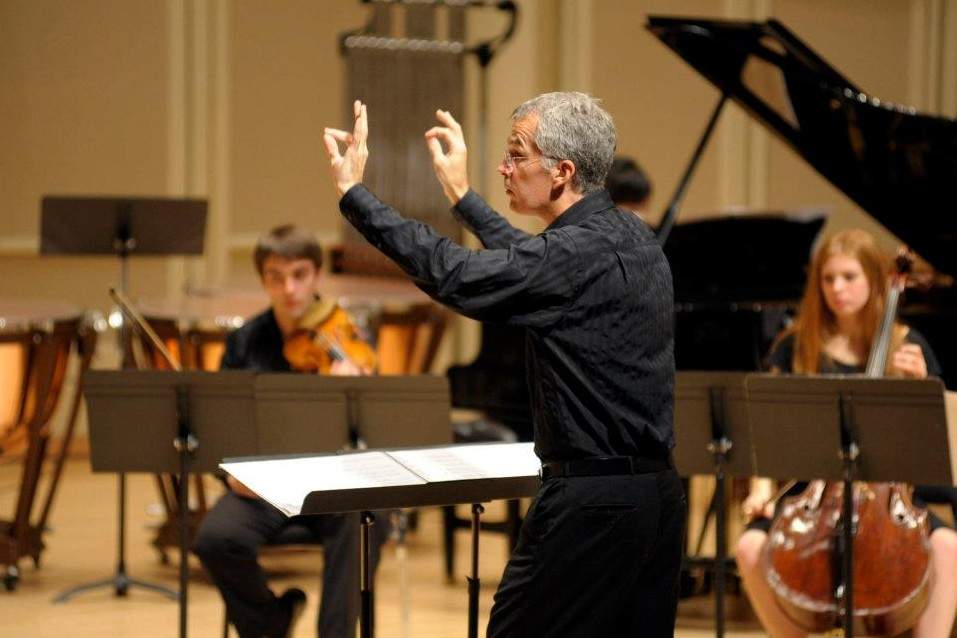 As a conductor, Dzubay's responsibilities include directing IU's New Music Ensemble, a group he has directed since 1992. The New Music Ensemble is dedicated to performing music written within the past thirty years, as well as significant works from earlier in the twentieth century. Dzubay has led the NME on several tours, including to the west coast in 2002 and the east coast in 2007. In April 2010, Dzubay and the NME appeared at the International Festival of Young Musicians in Kosovo.

Dzubay has also conducted at the Aspen, Tanglewood, and June in Buffalo festivals, and for the New York league of Composers Orchestra, the Pittsburgh New Music Ensemble, and Music from China. Originally a trumpet player, he served as co-principal trumpet of the National Repertory Orchestra in 1988-1989. His music for brass instruments was released on an album by the Manhattan Brass.

The recipient of numerous awards, Dzubay was a Guggenheim fellow in 2007 and received MacDowell colony fellowships in 2006 and 2007. In 2011, he received the Award in Music from the American Academy of Arts and Letters. His compositions have been performed all over the world, by ensembles including the New World Symphony, the Atlanta Symphony, the National Symphony of Mexico and Le Nouvel Ensemble Moderne of Montreal. His music is available on the Sony, Centaur, Crystal, and Bridge labels.

WFIU will feature performances  and compositions by David Dzubay throughout the month of January.