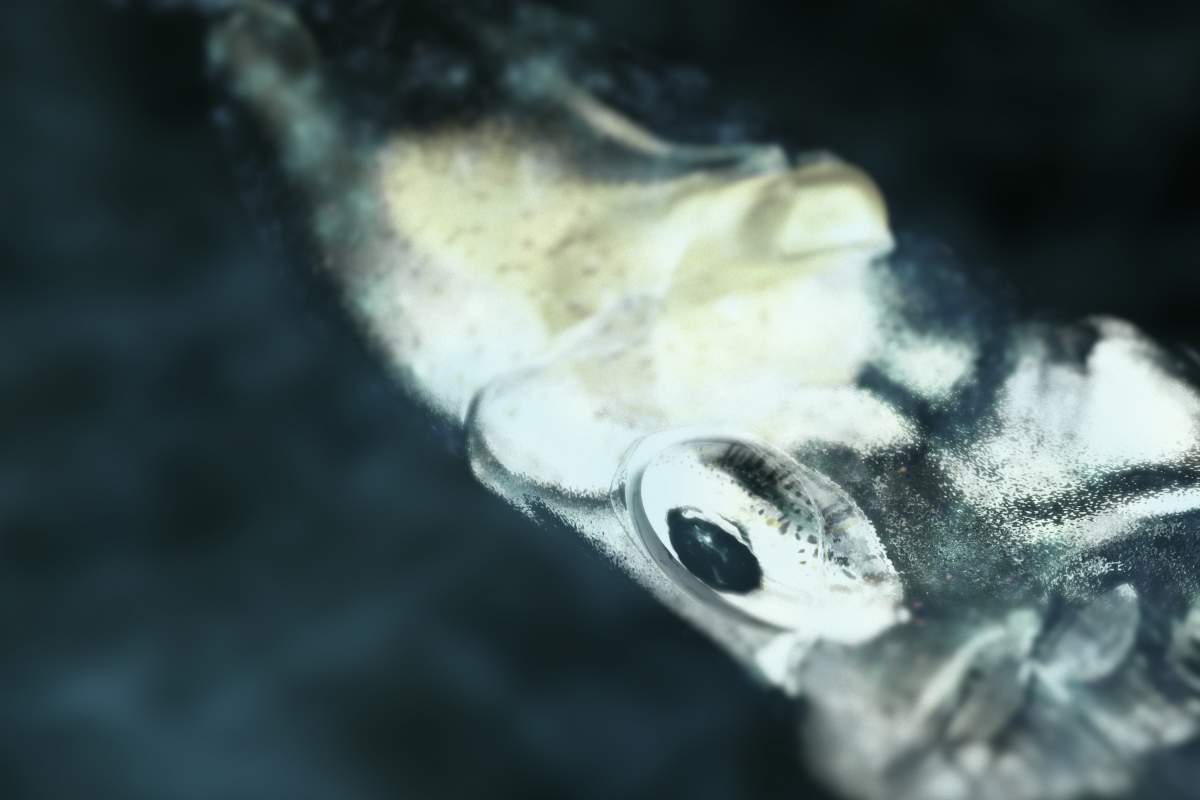 Aaron Travers was reading with his son when he had the inspiration for Dark Zone. His son was four at the time, and the two of them were reading a book called Down, Down, Down. The book is about life underwater.

"Because of my son's interest in this," says Travers, "I thought it would be really fascinating to create a piece that tries to immerse the audience in this new world that they'll, perhaps, never encounter."

At the time, Travers was looking for inspiration for a piece that was to be commissioned by a Chicago ensemble called Dal Niente, but the idea that hit Travers went further than that of a musical composition. Travers wanted to create an immersive multimedia experience that would require seven projectors and an ensemble performing without light.

I wanted to sort of bring the audience to this world so they can experience even a simulation of what it might be like and the huge variety of life and beauty of it."

What You Can See In The Dark

Central to this idea is the visual component. Travers imagined the piece to be performed in total darkness, just like the deep sea. Projections would be shown on the walls as the small ensemble performed with woodwind, string, and percussion instruments.

At a certain depth, sunlight can not make it any further down, and the only light comes from bioluminesence, a process by which living organisms create their own light with their bodies.It would be the bioluminesence that provides limited light to the performers as glowing, marine life swim from wall to wall.

Travers knew he wanted to work on the projections with visual artist Arthur Liou.

Liou says, "When Aaron presented the idea to me, I knew that we had to deal with some kind of 3-D rendering."

3-D rendering allows Liou to take a model, like a replica of a jellyfish, and multiply it on screen. He can make a thousand jellyfish, and he can make it look like each one is moving independent of the others. A well suited technology for taking an audience deep below sea level.

The world premiere was on February 14th, and in my estimation, it succeeded in being an otherworldly experience. A sizable crowd gathered in the Grunwald Gallery of Art. Many of us were sitting on the floor as the lights went out, and Dal Niente began to play.

Travers mentioned to me that the performers would be reacting to the projections at times, and so the tracking that accompanies the audio piece at the top of this page is not an exact reproduction. Hopefully, it can still give you a sense of what the audience heard.

Travers says, "I'm hoping people will be interested enough in the project that they'll want to go out and find out more about this world that we really don't know much about and kind of take for granted. So, I wanted to sort of bring the audience to this world so they can experience even a simulation of what it might be like and the huge variety of life and beauty of it."