A Dark Thriller, With Puppets In A Puppet State 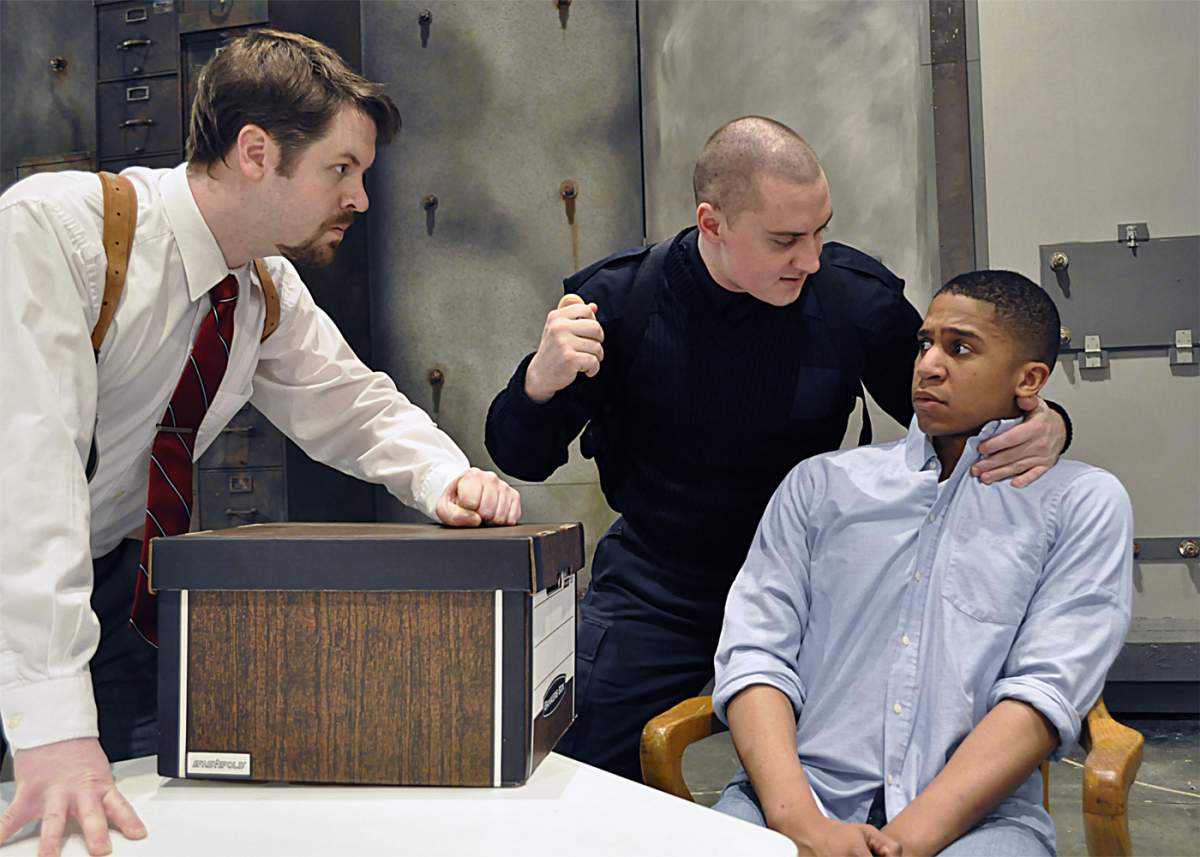 Martin McDonagh's dark play involves the brutal interrogation of a writer in a totalitarian police state.

Director Mark Kamie was first taken by the play when he saw a production in Chicago. "After I saw it, I thought I really want to do this play. In the shell of it, it's a thriller. So, you're guessing about what's going to happen next. There was a strong visceral response. I was shocked at that point. And then after the play was over I was left with a lot of questions to wrestle with. Should an artist be responsible for his own work? Is murder ever acceptable, and if so when? I was left with some ethical questions to chew on."

Dan Tracey is responsible for both the set and the props. "I was always a bit of an artist," says Tracey. I started out as an art student and then as I sort of weaseled by way into theatre, I found that I could do art on a three dimensional, very large scale and that appealed to me." Tracey's large scale is even larger for The Pillowman. "It's sort of a nebulous room, solitary and heavy. We have a large set that dwarfs the actors and with the lighting we try to create a dark, mysterious, thriller sort of feel."

Kamie and Tracey are happy to say that their work is very much collaboration. "It's easy to work with Dan," says Kamie. "Even as we were starting, he came in with maybe sixty pictures and suggestions. Later, when we wanted to combine to image of the police state with all its files and filing cabinets in a dark way, he managed to work up a sort of morgue drawer for a very sinister sort of file. And then there are the puppets...but I'll save the details about them."