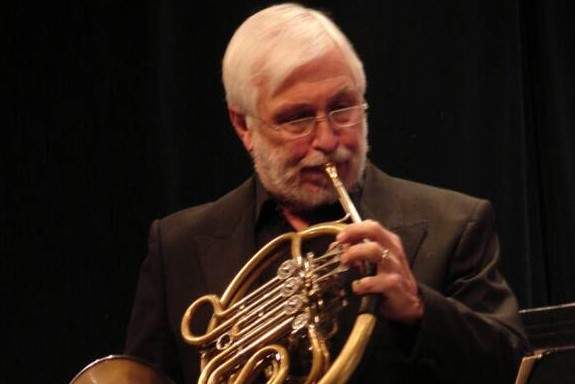 WFIU's Featured Artist for the month of June is horn player Dale Clevenger. After a long and distinguished career as principal horn with the Chicago Symphony Orchestra, Clevenger will join the faculty of the Jacobs School of Music in the fall of 2013.

Teaching is important to Clevenger, who has long been active worldwide coaching and leading masterclasses. He has directed and participated in numerous festivals, including the Santa Fe Chamber Music Festival, the Marrowstone Music Fesitval, and the Affinis Music Festival in Japan. Before being appointed to the faculty of the Jacobs School, Clevenger taught horn at Roosevelt University in Chicago. Horn players coached by Clevenger have gone on to perform in ensembles from the New York Philharmonic to the San Francisco Symphony, and as far away as the Berlin Philharmonic.

As a member of the CSO, Clevenger performed under well known conductors including Sir Georg Solti, Daniel Barenboim, Pierre Boulez, Riccardo Muti, and Claudio Abbado. He appeared as a soloist with the ensemble many times, including in 35 subscription concerts and 23 performances at the Ravinia Festival, the summer home of the CSO. In 2004, Clevenger premiered a horn concerto written for him by John Williams.

WFIU will feature performances by Dale Clevenger in our classical music programming throughout the month of June.