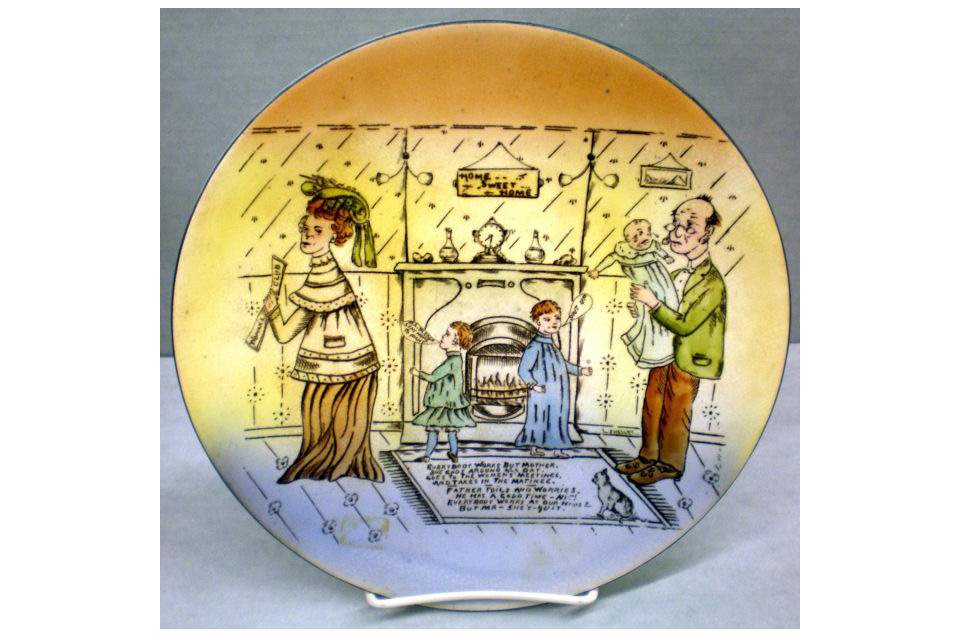 David Buchanan was at Bloomington's Karst Farm Park on March 31, 2015. He was attending a rally protesting the recent passage of Indiana's Religious Freedom Restoration Act as a representative of the Indiana State Museum & State Historic Sites. He is the Curator of Furniture and Decorative Objects.

"I will shamelessly say I tend to eavesdrop on conversations as I'm walking through the crowd," he says.

Most of the time, he listens for a bit and then moves on. He's trying to get a feel for why people are there. He's also looking for handmade signs, buttons, flyers and maybe even items of clothing that were made for the occasion. He wants items that come with personal stories. When he sees something interesting, he approaches.

"When you approach people like that, it's likeâ€¦ â€˜What?' Because they really can't imagine. I think for the most part people don't think of themselves as historical."

All of us have become more aware that the difficulty in getting materials like this exponentially increases with the passage of time.

Buchanan typically collects signs, but then there was Alexandria Hollett's contribution to the rally.

"While standing in the crowd, I heard Alexandria stand upbecause there were a lot of speakers that dayand she said, â€˜I wrote this poem to give to the state legislators.' I thought that's a little bit different," he says.

Alexandria agreed to donate the piece of paper the poem was written on to the museum. Buchanan then gave it to Mary Jane Teeters-Eichacker,Â Curator of Social History at the Indiana State Museum.

The museum made a conscious decision in spring 2015 to attend events and actively collect items from Indiana's conversation about LGBT rights. Teeters-Eichacker says it's common practice these days for historical museums to be proactive when it comes to collecting artifacts connected to social issues, but that wasn't always the case.

"Certainly when I started in the field in the 1970s, you were kind of told, â€˜Don't collect anything until about 25 years has passed, and that will allow you to determine what's important and what's not.' Well, talk about shooting yourself in the foot," she says. "All of us have become more aware that the difficulty in getting materials like this exponentially increases with the passage of time, because so much of it is ephemeral. It's paper. It's an outfit that goes out of style. It's not going to be there in 25-30 years."

Take the women's suffrage movement, she says. The Indiana State Museum was founded in 1869, so curators could have collected artifacts all the way through September 1921, which was the first election in which women were allowed to vote in Indiana. But since they didn't, curators have been playing catch-up ever since.

Most of the items in the small exhibit were donated to the museum, from buttons and postcards to a Votes For Women hatband.

In an effort to present a more balanced perspective on the issue, she bought an item for the collection. It's a mass-produced anti-suffrage plate, made by the Sebring Pottery Company in Ohio. A note on the back says "Compliments of M. S. Lane. The Clothier. Frankfort, Indiana."

Quite frequently, materials obtained that way have lost their story. Even donors tend to not know the personal stories behind items they found, say, in their attics.

When it comes contentious social movements, she says you need the stories. The stories connect you to the people, and learning about people makes it easier to understand perspectives different from your own. That's something Teeters-Eichacker continues to struggle with.

"It's really hard and it's almost impossible for me to, with something like a suffrage exhibit, presenting a rational anti-suffrage argument is terribly hard to present" she says. "And that's why we need the objects, and its story allows you to present this side that you don't agree with in a more balanced way."