Crossroads Rep Takes On "You Can't Take It With You" 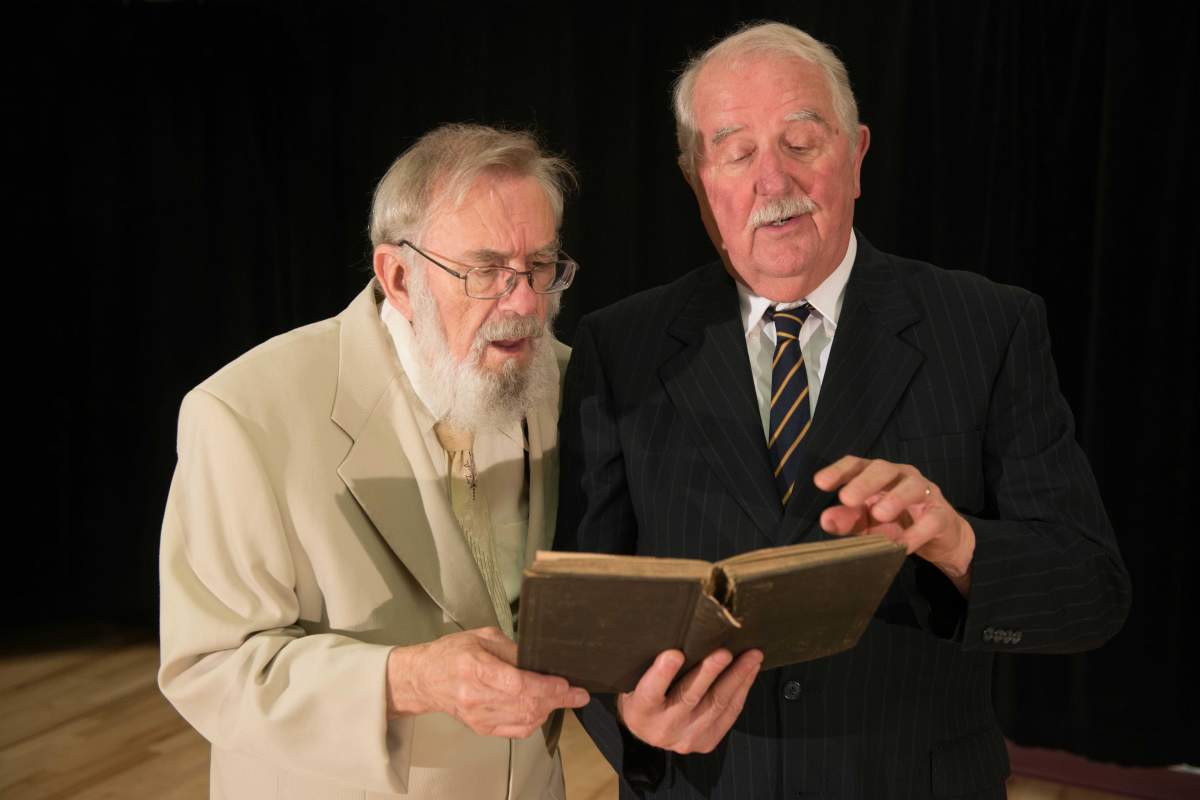 The Crossroads Repertory Theatre opened their 2013 "Three Laughs and a Scream" Season with laughter for Kaufman and Hart's You Can't Take It with You directed by Dale McFadden. The play won Pulitzer Prize in 1937 and the film version took Oscars for Best Picture and Best Director.   It's an award-winning show with a long track record. A Romeo and Juliet story lies at the  heart of You Can't Take It with You: Alice (Caitlin Jeanne Boho) comes from the eccentric Sycamore family; her RomeoTonyfrom the very staid Kirbys.

Alice had been hoping to get her family on their best behavior to meet the Kirbys but they drop in a day early to find the Sycamore household in full swing. Mr. and Mrs. Kirby (Chuck Shutt and Sharon Ammen) find quite a melée.  Penelope Sycamore is working on one of the plays that she started writing when a typewriter was delivered by accident to the house. Occasional explosions come from the basement where her husband Paul (Brandon Wentz) is crafting fireworks. Alice's sister Essie (Ariana Cohen) is attempting to whirl about in her dance costume. She's being coached by the colorfully mad Russian Boris (Josh Hoffman) accompanied by a xylophone version of Beethoven's Fifth Symphony played by her husband Ed (Rashad Ellis).

The only quiet members of the scene from You Can't Take It with You are Grandfather Sycamore (Lew Hackleman), who is placidly contemplating his collection of snakes, and the actress Gay Wellington (Corinne Koller). Mrs. Sycamore brought Ms. Wellington home to read one of her plays, but the actress is a bit of a tippler and has passed out cold.

The Kirby seniors are appalled. The young coupleTony and Aliceare both mortified. As a result of a subplot that I won't explain, the second act ends as police arrive, the fireworks in the basement explode and both the Kirbys and the Sycamores are all carted off to jail.

As the third act opens Alice has given up on ever uniting herself and the family she loves with the man and his family that she loves. She's packing up to head for the mountains. Despite all the chaos and the mess, Boris, the mad Russian, asks to bring a guest to dinner. It's the Countess Olga (Ashley Jean Wolfe) an émigrée Russian Princess reduced to restaurant work at hourly wages. The Countess Olga brings with her an aura of glamour and grace that simply lifts the characters and the play to new level. She's the touch of royalty that this all too democratic mélange sorely needed.

You Can't Take It with You at the New Theatre on the Indiana Stage University campus has repertory performances on July 16, 20 and 25. The Crossroads Repertory Theatre's "Three Laughs and a Scream"  season continues with the opening of Suds!: The Rocking 60s Musical Soap Opera June 28, 29, 30.