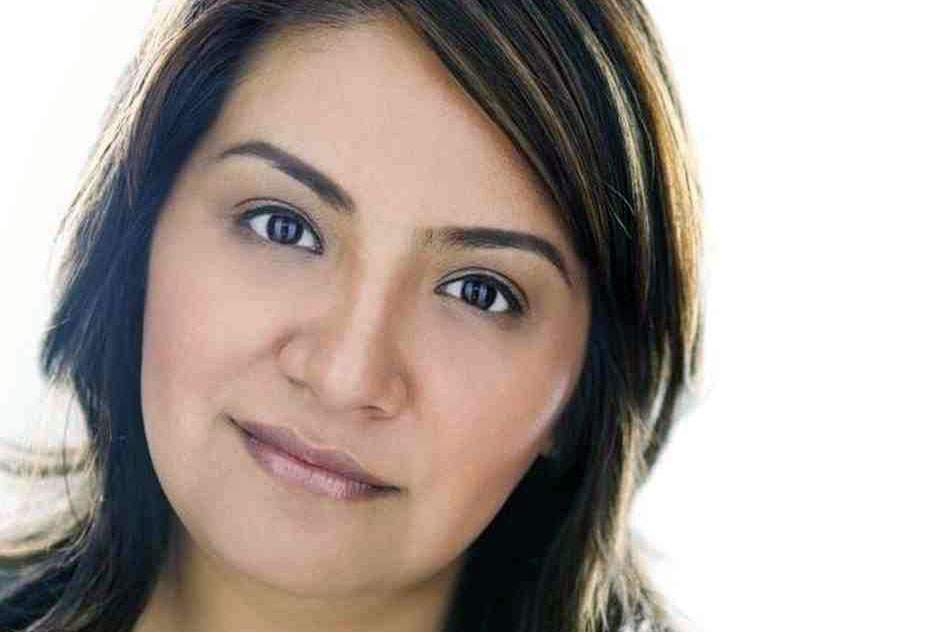 Cristela Alonzo grew up in the 1980's watching sitcoms like The Cosby Show, The Golden Girls, and she was especially fond of the show Roseanne. "I really always loved that she always stuck to what she wanted to do," she says.

You can hear Roseanne's influence in Alonzo's stand-up, with similar jokes about life in a working-class family:

Not Your Typical Sitcom

Cristela Alonzo grew up in a lower-middle class family in a border town in Texas. She struggled to work her way through college, eventually dropping out because she couldn't afford it.

This is pretty close to the premise of her new sitcom for ABC's fall line-up, also called Cristela, where she's a law student who keeps dropping out of school to help her family with money.

She says she's trying to depict the life of a typical woman.

"We're not all Carrie Bradshawm," she says. "Some of us know what we want to do and we're focused a little more on our careers. I'm not pining over a guy in my dating life."

Nevertheless, Alonzo says there is a stereotype that tends to group female comediennes with Carrie Bradshaw and her crew from Sex In The City, but that just doesn't ring true in her experience.

"I know a lot of female comics and none of us talk like that," she says. "We don't do like, ‘Hey guys, what's going on. Single guys, right?' None of us do that."

Instead, she tells jokes about immigration, social class and growing up poor.

There isn't a set number of spots that we're fighting for. If you're good, they'll make a spot out for you. They'll carve it out for you.

You can see her point of view on her Twitter account as well, where she describes herself as a "political junkie, hoping to break the glass ceiling." Earlier this month, she tweeted commentary on this latest season of Saturday Night Live, saying "The black cast members are doing my favorite stuff right now."

She says there's plenty of room in comedy for more diverse perspectives.

"One thing I've always said about stand-up is that it can be so competitive, and I don't understand why because there isn't a set number of spots that we're fighting for. If you're good, they'll make a spot out for you. They'll carve it out for you."

And, Alonzo challenges the people who do the carving out to take chances on diverse performers