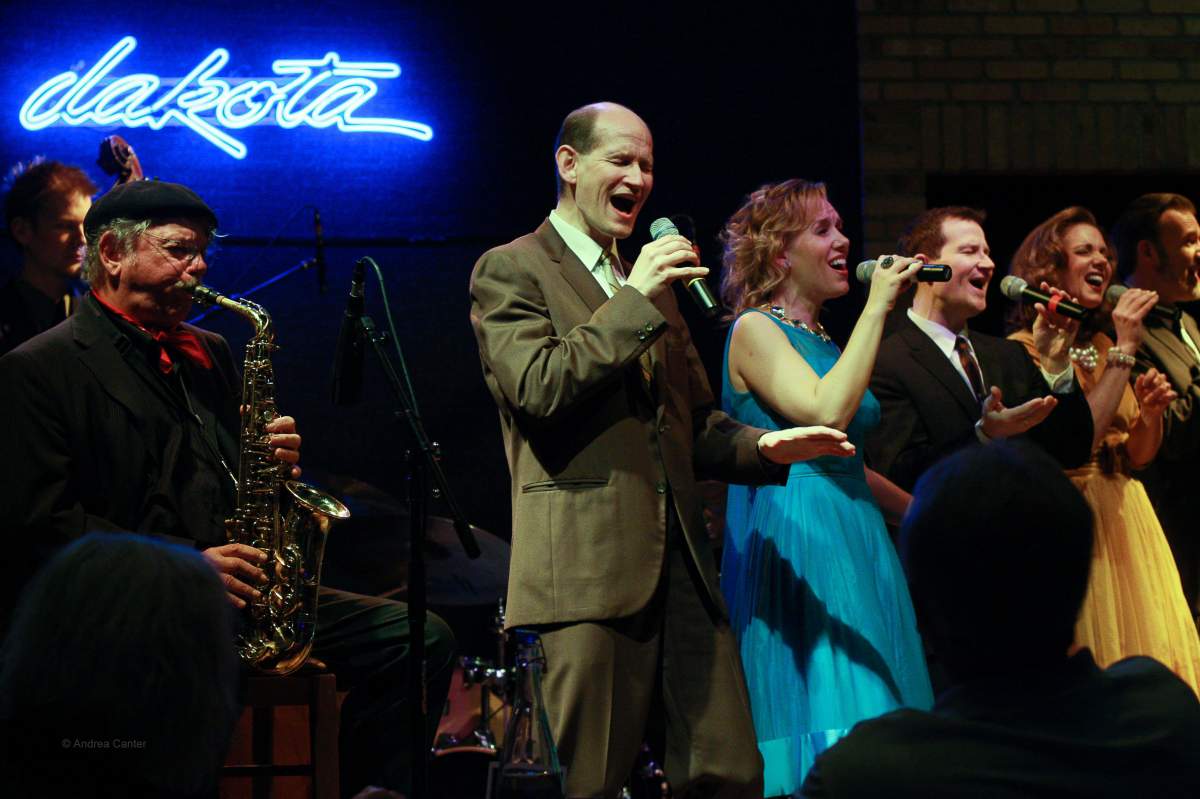 "This show is set up as if it's a weekly radio show about music," says the groups artistic director Kurt Niska. "This week's special guest is the legendary jazz saxophonist Richie Cole. So we do music that's connected with his career, along with some of his original compositions that we've arranged and orchestrated just for this show."

At a time when it seems every college bulletin board is papered with notices about a capella groups, we asked Niska about this kind of music's special appeal.

I think that for ourselves, there's a real love of harmon,y and that's the core for our group. Current TV shows like Sing Off and The Voice have definitely fueled the current enthusiasm for singing. And swing music has been featured on shows like Dancing with the Stars and even American Idol on ‘swing night.'

The orchestra, conducted by David Bowden, is also very much involved in "Cool and Swingin'." Niska explains, "They provide the beautiful scoring for the show, and have a couple of featured opportunities. During the first half they play an arrangement of tunes by Duke Ellington, and then a set of Big Band pieces in the second half."