There's More Than One Way To Wear A Condom 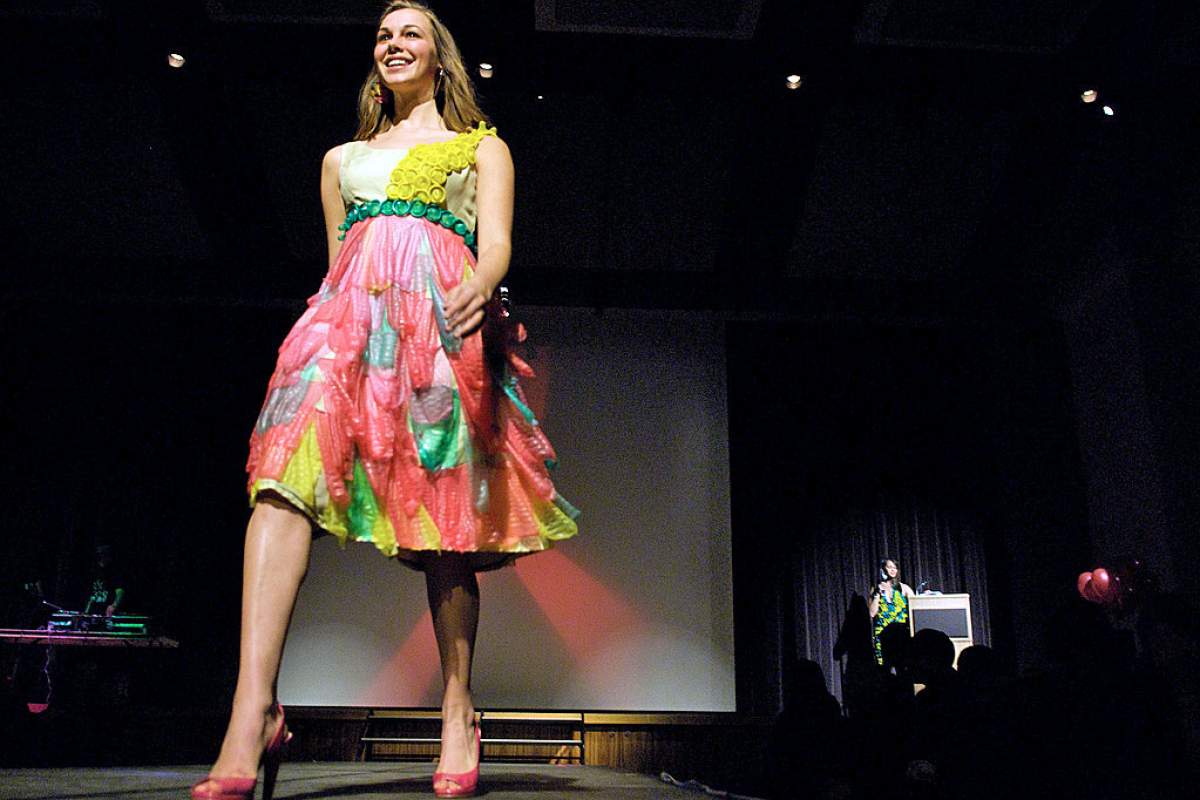 National Condom Week takes place every year around Valentine's Day. The event was started at University of California-Berkeley in 1978, and now universities all over the country use this week as an opportunity to talk to students about safe sex.

There will be a new event as part of this year's Condom Week in Bloomington, Indiana that hopes to use fun and humor to educate: the Condom Fashion Show.

Michelle Bartley's sewing machine sits on a desk in the corner of her bedroom. The design student at Indiana University spreads her preliminary patterns for her latest design out on the small patch of floor by the foot of her bed: a mermaid silhouette made up of 500 mint-colored condoms.

"I really like working with different kinds of bizarre textiles," says Bartley, who will be one of seven designers competing in the Condom Fashion Show. "So, this is fun. This is normal for me."

She has designed with coffee filters in the past, but they were similar enough to traditional textiles that she says working with them wasn't a stretch. Condoms, on the other hand, have forced her to reverse-engineer her design.

"Normally when you design a skirt, you think, 'I want it to be fluffy, so I'm going to use this material..,' whereas with this, you have your material first, so you kind of design backwards into something."

The fashion show is being put on by Illumenate Bloomington, a group for young gay and bisexual men in south central Indiana. The organization received a grant from the Indiana State Department of Health to purchase ten thousand condoms in seven different colors for the designers.

"I think that's a huge thing. People aren't really that comfortable being around condoms."

After two weeks of working on her design, Bartley has become very comfortable with condoms. She now sees them as a tool for her creativity.

As a visual artist, she says, she's often compelled to question and then re-imagine the purpose of an item.

"It's really just a frame of mind to consider what the possibilities of something are, besides what they are sold to you for," she says.