Women Spin A Common Thread From The Inside, Out 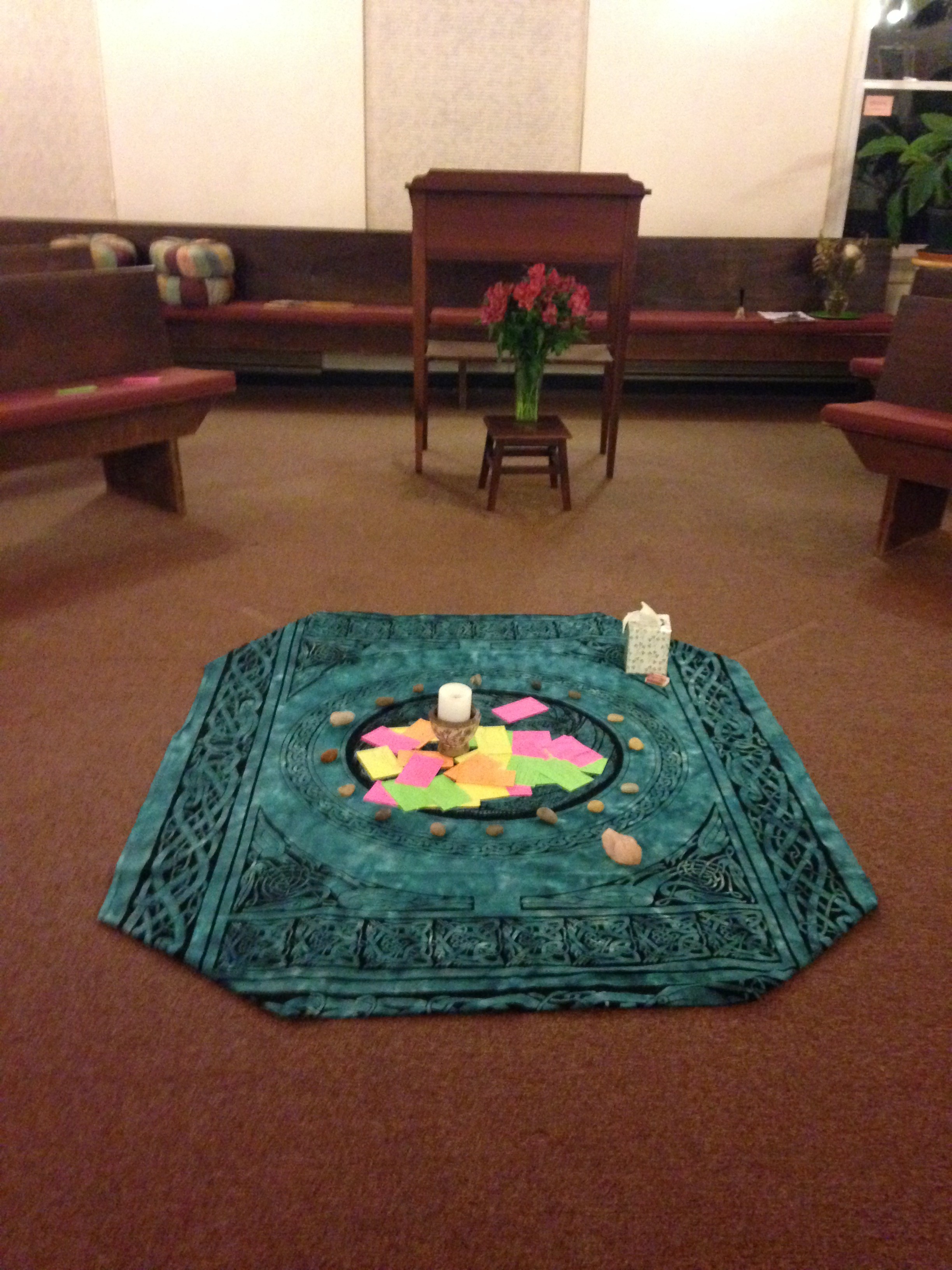 Ten years ago, 18 women in Bloomington came together to form Women Writing for a Change. Over the decade, the group has grown to comprise various circles, classes, and outreach programs. Some women go for the writing, some women go to listen, some go to strengthen their voice, but all come out with a community.

"There wasÂ a group of women in this town who were feeling hungry for a place where women could go to share their stories, and tell the truths of their lives and explore writing in its many different forms," recalls Beth Lodge-Rigal.

That was in 2004. A couple of Google searches later Lodge-RigalÂ stumbled upon the original Women Writing for a Change group in Cincinnati, Ohio, which got its start in 1991. She decided to start a chapter in Bloomington, as a project. Â "It did start as a single circle and quickly people began to resonate with the way that we bring people together around their writing," explains Lodge-Rigal.

AÂ songwriter, Lodge-RigalÂ has always loved writing. But the circle is about more than just improving your writing, she claims. There are many different writers' workshops around the country that already focus on that. Women Writing for a Change is also about sharing stories with others and growing as a group.

Words And A Witness

Women often share "read-back" lines during a writing circle. As someone is sharing their piece out loud, the members of the circle write down particularly memorable lines. Read-back lines are the stuff that sticks with you.

"A guy named James Pennebaker, from the University of Texas, started research around what it means to write with another person, or share your writing," explains Lodge-Rigal. "To take it from the personal to the page, then through your voice by reading out loud and sharing it with someone else. It's not just the writing it down on paper, but the saying it out loud and having it witnessed by another person."

I was not allowed to record women sharing their personal stories during the read-around for confidentiality reasons. But these women shared stories of getting older, struggles and abuse within families, and finding their voice. The stories they shared induced both laughter and tears.

Eight years ago, the group decided to extendÂ the benefits of the writing circle. Women Writing for a Change started an outreach program at the Monroe County Correctional Center for the women on the inside. These bi-weekly writing circles are open to women the lowest security blocks. Krystalina Hendrix used to participate in the writing circle when she was incarcerated; I spoke with her at a community center in Bloomington.

"When I first went, it was mainly for the pen and paper so I could write home," Hendrix recalls. "And then I was like, man, I don't want to put how I feel around a bunch of people I don't know but it was cool at first, you get to see how people feel and relate to their story or whatever."

She recalled how important the writing circle was for her while serving time for a criminal trespass-invasion of privacy misdemeanor; it gave her something to look forward to.

"When you actually sit and think, hold on, I do have a lot of ideas I can put down," Hendrix says. "Then it starts to flow and you realize a lot about yourself too. You realize things about yourself you didn't know until you put it inÂ pen and paper, and you're like okay, cool. I'm realizing things about myself and other people."

I was not allowed to record in the correctional center either, but I was allowed to join with pen and paper. The circle takes place in a classroom, complete with a chalkboard, map, and calendar decorating the walls. We set up chairs in a circle, I sharpen pencils, and one of the volunteers stacks notebooks in the middle of the floor on top of a printed sheet. Like the women at the read-around, the women in jail also shared stories of loss, regret, and moving forward. Laughing and crying, sometimes simultaneously.

"You go to that circle and you can get everything out on paper," HendrixÂ said. "What your tensions was or what your problems are with somebody or just yourself. And it kind of just brings the tension down because everybody releases everything that they had to say and it's not a fight, it's not back and forth. It's an open area where you can let everything go, and you're not judged by it, and you're not fighting with someone. You get out there and you feel refreshed because it's taken care of."

HendrixÂ always knew she liked to write, but the circle helped open new doors for her.

"I realized that I can put stuff together, I can put stories together, I realized a lot about myself and I get in less trouble now," Hendrix shares. "Because, look, I have something else I can do and I'm not going to get in trouble for it. And it makes me feel just as good as going out and getting high."

"If I didn't have the writing circle I don't know where I would be actually, I could be dead, I could be getting high right now," HendrixÂ said.

No matter their circumstances, Lodge-RigalÂ explains, women tend to share their stories differently when men are around

"There's something about the fact that so many women, myself included, change their voice in the presence of men," Lodge-Rigal explains. "They alter something to be more acceptable in that setting. To be clever enough or smart enough."

That's why the group preserves its all-women environment.

"We still deal with the voices of diminishment from our culture," Beth said.

Holding A Space For Women

There are online blogs, spaces to share our stories. There are 12-step programs where people support one another on the path to recovery. Does Women Writing for a Change speak to an otherwise unfulfilled need in the community? I asked a few women at the read-around-

"What would it be like for it not to exist? I mean it would be a horrible tragedy," participant Kelly Sage speculates. Â "I cannot imagine my life without the circles, the women, and the space here. There's nothing better. It's the best part of Bloomington."

"This is just such an open space to say anything," another participant agrees. Â "It's almost like therapy, and I cannot imagine it not existing here in Bloomington, to give women a voice."

At the end of the read-around, it's a tradition for the participants to join their voices together in music. Both inside the correctional center, and outside, the women closed the circle with a song.