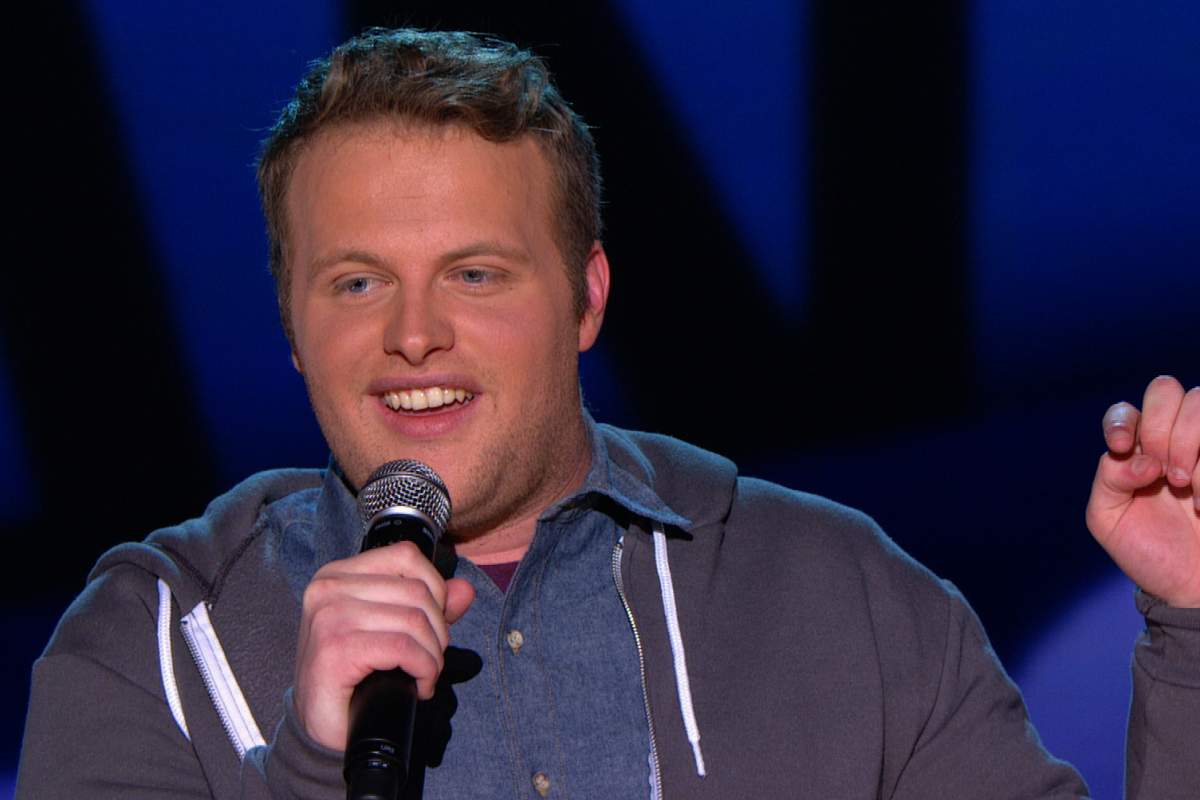 You may not know the name Sean O'Connor, but take note now. He's one of the rising stars in the alternative comedy world. He's already had a 30-minute stand-up special on Comedy Central, he's been featured several times on Conan and in his own comedic webseries, and he's written for several television shows including The Ben Show and Sports Show with Norm MacDonald, both on Comedy Central.

This weekend, Sean is recording his first comedy album. Even though Sean got his start in New York City and currently lives in Los Angeles, two major hubs for comedy, he has chosen to record his album of all places in Bloomington, Indiana.

"I knew I didn't want to do it in [New York or Los Angeles]," O'Connor said "just because I feel like I've run my jokes into the ground here. And so I picked Bloomington just because it's my favorite comedy club. So I was like 'Oh cool, if they'll have me, that's where I want to do it.'"

The album is being produced by ASpecialThing Records, one of the premier comedy record labels. This weekend marks one of the only times that ASpecialThing will record an album outside of Los Angeles.

According to Jared Thompson, owner of the Comedy Attic, Sean's particular brand of comedy is a great fit for the crowds here in Bloomington. "You know, we love Sean, and he's a perfect example of what we do here at the Comedy Attic, which is kind of stay one step ahead of what's happening in comedy. You see so many of the comedians in the last four years or so that have had new shows on television or have had breakout roles in things, a lot of them have been here at the club."

In addition to O'Connor, the Comedy Attic has recently hosted such comedians as Hannibal Burress and Rob Delaney, who was named the "Funniest Person on Twitter." And that is just in the past month alone.

Ultimately, it begs the question: why here? Why has this small room in Bloomington become such a draw for the comedy elite? Well, much of it has to do with Jared creating the right atmosphere over the last five years.

"We have slowly but surely kind of molded our audiences to understand what's happening in this business," Thompson said. "I think that when we first opened, they weren't necessarily sure of what was happening in comedy currently, and so we've tried to do our best to showcase that."

Thompson also says that the crowds here in Bloomington have slowly adapted to the brand of comedy he's bringing in. Hecklers have been replaced with a more respectful audience. He says, "it's almost like going to the theater or any other art form where you have to really just pay attention."

The right atmosphere has made it easier to book high-level talent as well.

"Now it's just, we're here, they know it, they wanna come," Thompson says. "Honestly, we don't really have to sell ourselves like we did at the beginning."

Word-of-mouth among comedians has helped him with bookings. Thompson said that comedians are going back to their friends in Los Angeles and mentioning how much they enjoyed the Comedy Attic, or discussing their experience on their podcasts.

The Comedy Attic works hard to create a positive atmosphere for comedians, but Thompson says that most of this success is because of the audience. He says, "that's the crowds more than anything. The crowds are smart, and they know what they want, and they're great."

Future of the Comedy Attic

Part of this increased recognition comes from the success of the first ever Limestone Comedy Festival that the Comedy Attic helped to put on this past summer. Thompson, along with his business partner Mat Alono-Martin were able to bring in high-level club comedians into Bloomington, and acquire more sponsors for next year's festival.

When thinking about the future of the Comedy Attic, Thompson remains optimistic, but does not want to limit himself.  "The one thing that's been the constant about the Comedy Attic is that you don't know what's gonna happen." He added, "I would much prefer to bring somebody here who's doing something that no one else can do then bring someone who's fantastic at what they do, but it's what everybody else is doing."

Thompson hopes that supporting and providing a positive atmosphere for some of the rising stars in comedy will secure the future of the club. "What we're interested in is bringing someone like Sean O'Connor here, who is on the cusp of being a superstar, and then hopefully we've done enough to prove to them that when they are a superstar, we'd be glad to have them back when they could sell every ticket to every show"