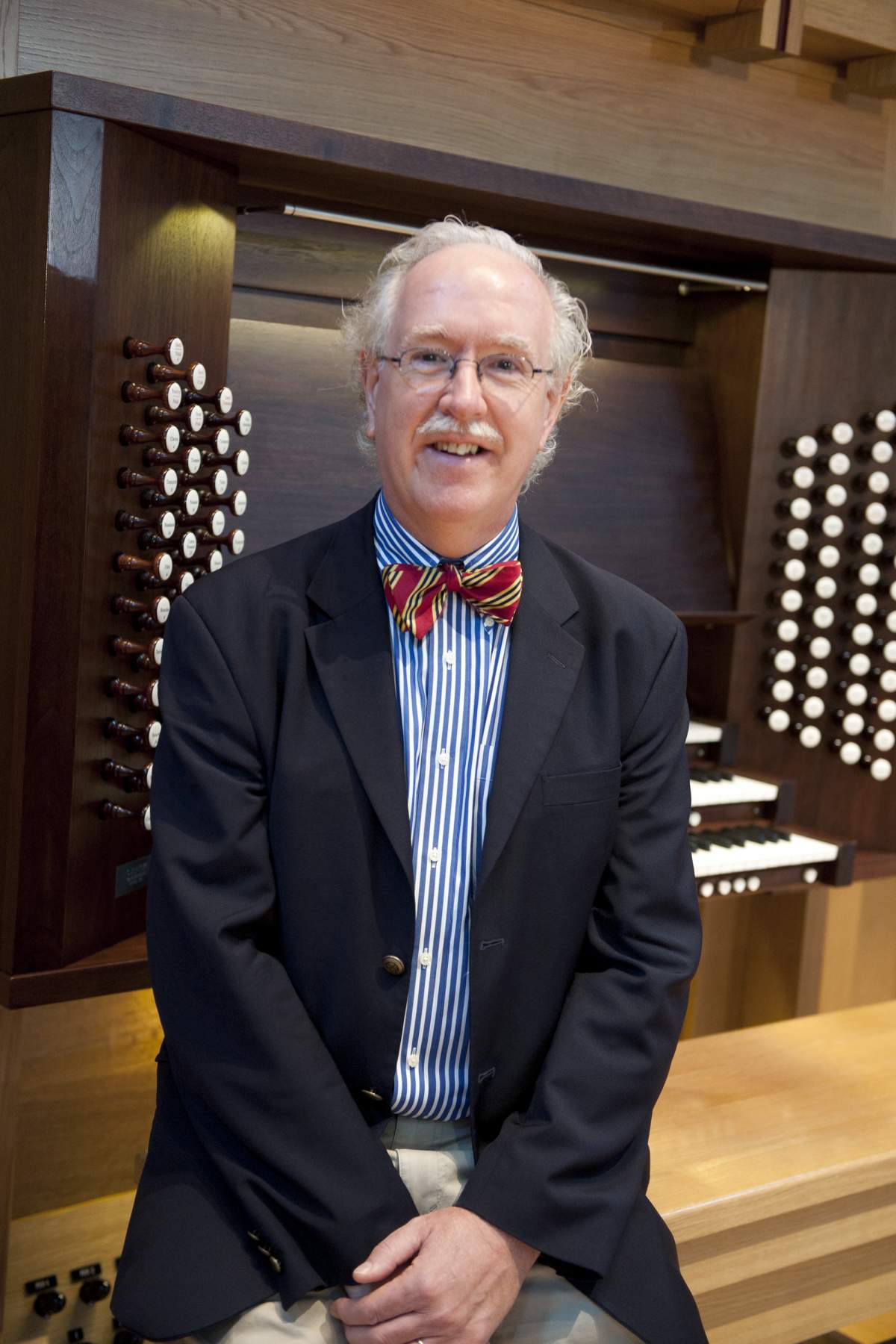 WFIU's Featured Artist for the month of November is organist Colin Andrews.  A world-renowned recitalist, teacher and lecturer, Andrews is currently an Adjunct Professor of Music at Indiana University's Jacobs School of Music.

As both a solo recitalist and in duo with his wife, organist Janette Fishell, Andrews has performed at many of the world's most prestigious venues, including London's Royal Festival Hall, King's College in Cambridge, Tokyo's Suntory Hall,  the Hong Kong Cultural Center, Moscow Conservatoire, and the Cathedral of Notre Dame, Paris. He has also appeared in leading halls and cathedrals across the United States, South America, Australia, Thailand, Singapore, South Korea, South Africa and Europe.

Born in Bristol, England, Andrews studied at London's Royal Academy of Music under principal professors Douglas Hawkridge and Margaret McDonald. He later moved to Geneva, Switzerland where he was a student of Professor Lionel Rogg. Following his return to Britain he studied privately for two years with Dame Gillian Weir.

An active teacher and lecturer, Andrews has given presentations and masterclasses at the Franz Liszt Academy, Taiwan Theological College, Emory University, and the 1998 AGO National Convention. Most recently, Andrews completed a 15 engagement tour of Asia and Australia, where he performed and gave masterclasses in Beijing, Tianjin, Hangzhous, and Hong Kong, China, Sydney, Australia, and Daegu and Seoul, South Korea.

In recognition of his distinguished performing career, Colin Andrews was bestowed an Associateship by The Royal Academy of Music, London in 1993. A recipient of numerous awards and honors, Andrews was a prizewinner at both the 1980 and 1982 Dublin International Organ Competitions in Ireland. In 2012, Andrews was made a "Membre d'honeur" of the Association Grand Orgue Trinite Messiaen.

Featured on the Priory, Zig Zag and Gothic/Loft labels, Andrews is currently set to record the last installment (Volume VII) of the complete organ works of Olivier Messiaen in IU's Auer Hall.  Released on the Gothic/Loft label, the series is distributed worldwide under the auspices of Naxos.

WFIU will feature performances by Colin Andrews in our classical music programming throughout the month of November.