Coffeehouse Nights Kick Off At The IU Art Museum 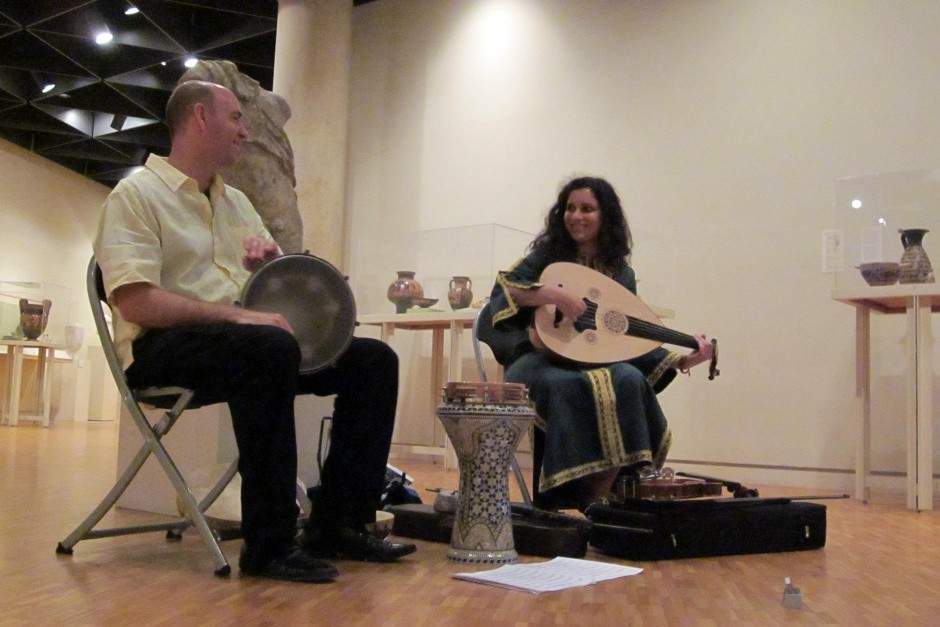 Last Thursday, the Indiana University Art Museum kicked off its annual Coffeehouse Nights series which feature musical acts from all over the world in the three permanent galleries of the museum.  The events will be held every Thursday night in September from 7pm-9pm.

"Coffeehouse Nights began about six years ago," Anita DeCastro, Special Events Manager, said. "It currently celebrates and introduces the museum [and] the academic year.  It also highlights a specific gallery, therefore, highlighting our permanent collection.  Then it features the live, in gallery music performance which allows our patrons to get a fuller experience of the cultures that we're representing."

"Music draws people in, and it's a way to connect to things that you may not feel connected to, like an ancient vase," Salaam member Dena El Saffar said.  "It's a great idea.  I'm going to come to the next one."