CMF: The Path To Hollywood Can Begin At The Quad 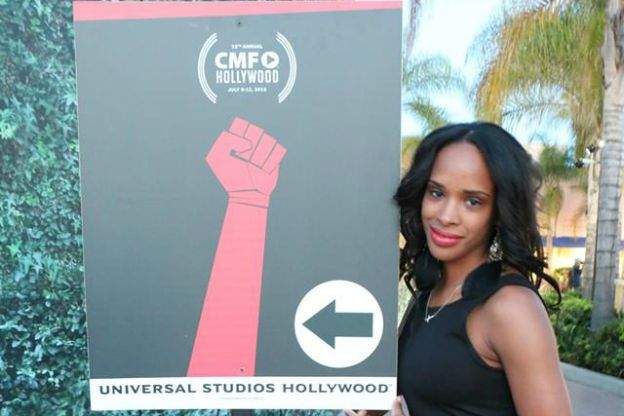 For several years now, Indiana University students have joined undergrads around the country in a mad dash to create original short films for the big screen. When Campus MovieFest handed out its 2015 prizes in Hollywood July 9-12th, a pair of sisters from IU was recognized for the second year in a row.

Originally created by four students at Emory University in 2001, Campus MovieFest is now the world's largest student film festival.  Thousands from across the globe compete in a one-week-long, rigorous, and sometimes nerve-wracking challenge to make a short film. From each university 16 films are selected to showcase at a CMF red carpet event. Winners have the opportunity to have their film showcased in Hollywood and to win cash awards. This festival requires that all the films be five minutes long.  Best picture, best comedy, and best drama awards are presented, along with the Elfenworks Social Justice Award. Over the past 10 years, students have earned over $2 million in prizes. Campus MovieFest brought the festival to Indiana University in 2009.  Ever since, IU students have gone on to compete nationally.

An Impromptu Introduction To Filmmaking

At this year's CMF launch on the Bloomington campus in the spring, students explained their projects and motivations while they were lining up to sign release forms and pick up cameras.

"I was actually going to shoot this weekend before I knew about CMF," explains a student named Jesse, "but then I found out I can get all this equipment and training for free, so why not?

"A couple of my buddies and I got together," recounts Harold, another student at the launch, "and we decided that we wanted to write some kind of drama-thriller. It's actually based off the relationship of two of my friends.  And we're calling it Pleasant Conversation."

"I'm a neuroscience major so this a great way for met to get this those  creative juices [flowing]," another prospective filmmaker remarks.  "A few of my friends wanted to do this; we're just super excited.  I've never heard of anything like it."

Also in line waiting for their equipment were Eli and Lu Bevins, who won the 2014 Elfenworks Social Justice Award for their film Systematic Living.

Not a "Hood Film"

"Last year we entered CMF for the first time," explains Eli Bevins.  "Actually it was the first film contest we've ever done."

The film deals with poverty, crime, and social injustice in the US. Guns and violence are a central theme, but the filmmakers object to their film being pigeonholed.

"Everybody says 'urban' or 'black'," Lu Bevins reports. "Like, that's not a genre! To me, it's just a story. If I do a film where I'm from, I'm not trying to do a 'hood film'. That's just the story I'm telling and that's the location."

This is not the first time the sisters have turned their cameras on their hometown of Philadelphia. They have  filmed a documentary there, about crime and its effects on the city.  "We just created a film from what we experienced or what we saw on our own," Lu explains. "The first thing that popped in our heads was, let's put out a message. Let's do a film that touches people."

And they succeeded. Systematic Living ended up placing first in the social justice category last year.  But the film almost didn't get made.

"We shot everything in one day," Eli remembers. "Then we actually quit. Because we disagreed on how the film should go. And it was due the next day. But we kind of just woke up and were like, you know what, let's just finish editing. We finished it about an hour before [the] submission [deadline]."

The twins remember nervously waiting at home for the results to come in, far from the action in Hollywood.

"We didn't have the funds to just fly out California, so we just didn't go," Eli recalls. "As they were announcing the winners we kept refreshing the web page, until we finally saw Joyce ["Eli"] and Jean ["Lu"] Bevins, Indiana University, Systematic Living."

Coming off their first place win in last year's competition, the twins had three films in this year's national competition. Their film ID received honorable mention, while their film My Dear Arthur won best picture for Indiana University."