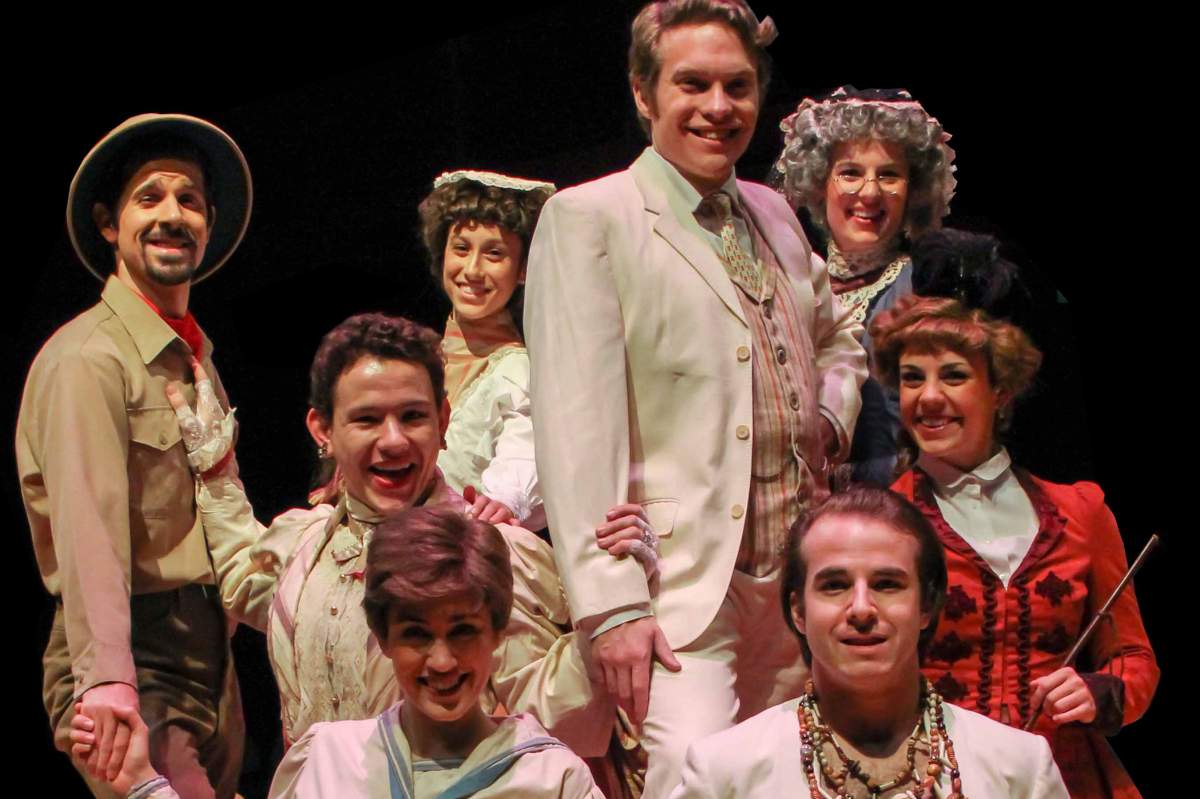 Cloud 9 at IU's Wells Metz Theatre is a special play in a special production. Caryl Churchill's play challenges the production to take the audience from English Africa in the 1870s to English England in the 1970s. A talented cast with Robert Heller's direction, Robbie Stanton's costumes, on Andrea Ball's scenic design lighted by Carrie Barton more than meets her challenge.

On the surface Churchill's English Africa seems all on the stiff upper lip up and pride in the empire, but the illusion is quickly muddled in scenes that can range from the touching to the hilarious. Joshua Krause is the stiff British bureaucrat, husband and father, but he has a taste for the extra marital. Nathan Robbins plays his dutiful wife Betty. You're always aware that Betty is being played by a man, but Robbins does keep the part on the edge.  Evelyn Gaynor plays their son Edward, a boy who'd very much rather play with his doll than a cricket bat. Adam St. John seems to be all you'd want as Harry the African explorer, but he confesses that at least some of his adventuring is to conceal his attraction to other men. David Gordon-Johnson is the apparently civilized and mostly dutiful house servant.

After a brief intermission Cloud 9 is back in England, but the England of the 1970s. In workshops, playwright Churchill liked to have actors play against type and she's written some of that exercise into the script. Joshua Krause the starchy Englishman of the 1870s is a thoughtful gay man. Nathan Robbins, his dutiful wife is a cruising street tough homosexual.  Evelyn Gaynor who played their son is now an older woman emerging into her sexuality.  Adam St. John, still with the manly moustache that he wore as Harry the explorer, is a quite convincing and creative five year old girl. David Gordon-Johnson, the dutiful repressed servant in Africa,  is considerably less dutiful in his role as a sex obsessed husband.

There's certainly plenty of playing against type here, but let me add Elaine Cotter a fiercely independent upper class lady in Africa and a peace make in England along with Kristen Alesia who's a beaten down governess in Africa and a foul mouthed soldier in England.

Cloud 9 is a fascinating exploration of  colonialism and its shabby power and sexual repression of the 19th century and its continuous shadow on the sexual and social changes of the twentieth. It's also a sometimes touching and often very funny play.