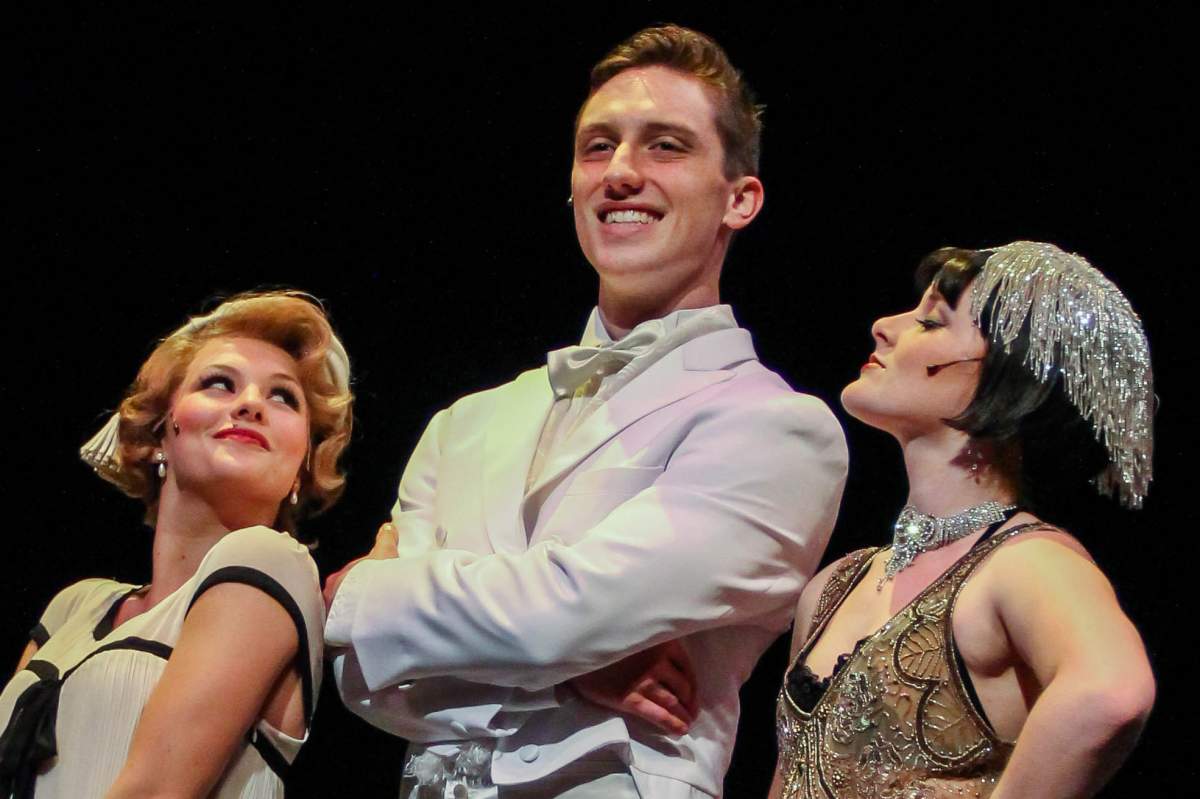 Chicago, Kander and Ebb's lurid musical of murderous molls is playing  to sold out houses in Wells Metz Theater. With name recognition of the show and the rising reputation of IU's musical  theatre program, all the tickets were gone two weeks before opening night.

Theater-goers who got those tickets and have seen the show have been spreading the word. They've been telling friends about George Pinney's direction and choreography, Terry La Bolt's musical direction and the wide variety of slinky costumes from designer Linda Pisano.  But mainly they've been talking about the terrific performances by the two true sophomores with the leads and the whole cast.

From the first notes of "All that Jazz" Emily Kelly was in total command of the hall as the murderous Velma. She was matched in intensity with a bit of a lean toward daffy sweetness by Kayla Eilers as the equally lethal Roxie Hart. Eilers was paired with Austin Wilson who was very sensitive and sympathetic  as her clueless husband.   The two killers jostle for front page space in the Chicago tabloids only to be displaced when Jenny Case as go-to-hell Kitty runs the numbers up by machine gunning her man and two of his companions.

Lexi Lessaris as the tough jail matron held the stage with "If You're Good to Momma" and later joined Kelly for a classy performance of "Class,"  the show's best cabaret number. Colin Shreier was the sleazy lawyer Billy Flynn with the clever ins and outs of trial defense in "Give them the Old Razzle Dazzle."

Cameron Mullin and Meadow Nguy had the lightest and the darkest moments in the IU production. Mullin plays the sob sister journalist Mary Sunshine and despite some problems with a range that would challenge most mezzo sopranos was a very appealing character. Nguy played Hunyak, a Hungarian whose only words in English are a heavily accented "not guilty." Her struggles as she was led off to be hanged were very moving and nicely accented the depth to which most of the show only flirts with.

Nick Pappas and band leader LaBolt were very effective and dead pan guides to the action in a production that otherwise was all action.

The production of Chicago by the IU Department of Theatre, Drama, and Contemporary Dance continues through November 2.