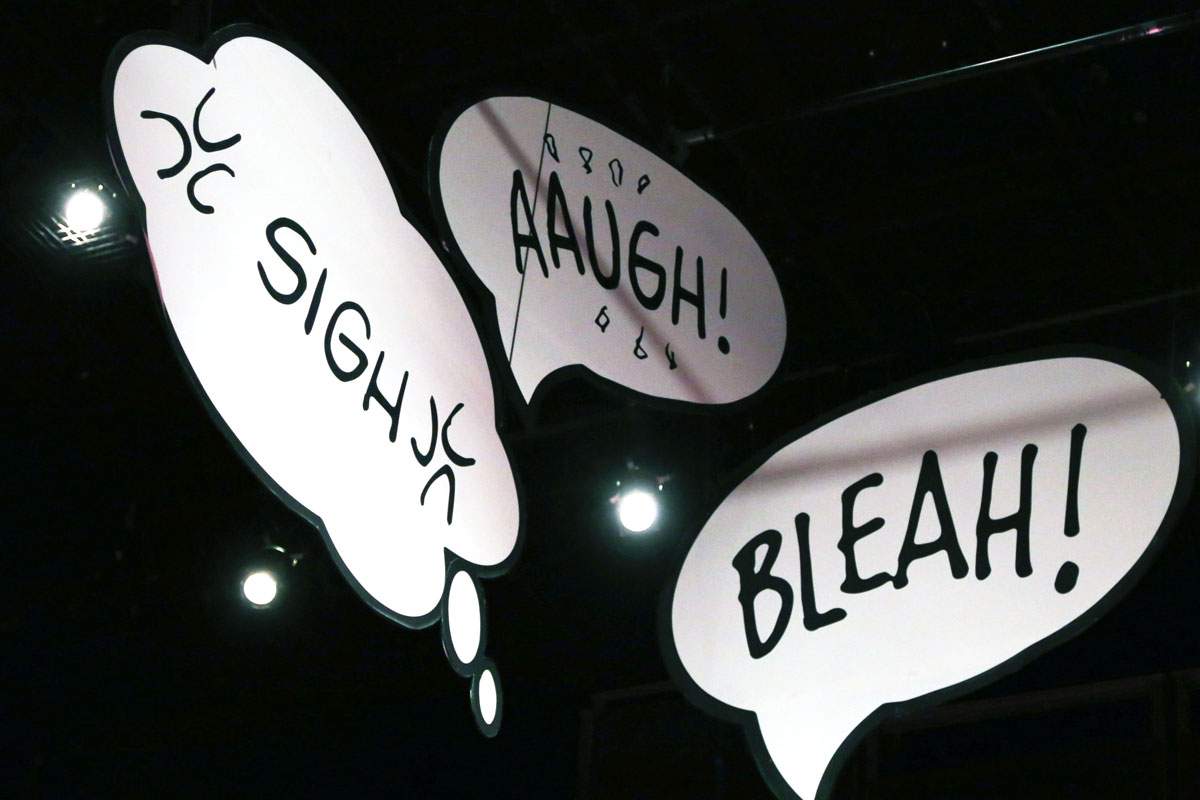 The IU Summer Theatre's season ending offering is a lively, colorful, character rich production a of You're a Good Man Charlie Brown. Clark Gesner's musical is based on the comic strip Peanuts® by Charles Schultz.

The story of the play's creation is a good one. Gesner was attracted to the characters and in the 1960s he began to write songs about them. United Features Syndicate refused his requests to use the characters. The frustrated Gesner sent recordings of the songs directly to Charles Schultz. Schultz liked them and gave Gesner permission. The result was a successful album that came out in 1966. That was enough for Gesner, but a producer encouraged him to expand it for the stage. The vignettes, with no actual libretto had a successful New York production in 1967. Since then, there have been changes and additional songs, but the core is still the songs that Gesnner sent to Charles Schultz fifty years ago.

The IU Summer Theatre's cast is drawn from the department's competitive musical theatre program. Jake McCutcheon was the luckless Charlie Brown. He's Charles Schultz's poor everyman, a boy who never won a baseball game and never got a kite off the ground. Courtney Reid Harris was quite perfect as his crabby nemesis, Lucy. Audie Deinlein was a sympathetic figure as his friend Sally. Matt Rood as a philosophical Schroeder got more lines than Schultz ever allowed him in the strip. Genki Hall was ever the blanket bearing, thumb sucking Linus. Scott Van Wye was a spirited Snoopy.

You're a Good Man Charlie Brown is a series of vignettes. The IU production expands a couple with extended dance sequences that ran a little long, but the action throughout moves well. It's a good singing cast and the harmonies were nicely handled. I especially enjoyed he efforts of each character as they worked on a book report and their later efforts as they one at a time abandoned a chorus.

Robert Chapel directs in a production that works well in the round in the Wells Metz. Energetic choreography is by Berklea Going. The scenic design is by Alana Yurczyk. Robbie Stanton's costume design really expressed the Schultz characters, but I did wish that Snoopy had ears to flop around. Music director Ray Fellman showed a sure hand at the keyboard as he led a trio through all the varied music of the show.

You're a Good Man Charlie Brown plays on through August 14th. Children in the elementary grades will enjoy the colorful costumes and the action. More thoughtful children and adults may have an insightful visit with characters they encounter every day or remember from the past.