Charles Cushman's America: All The World's A Sunny Day 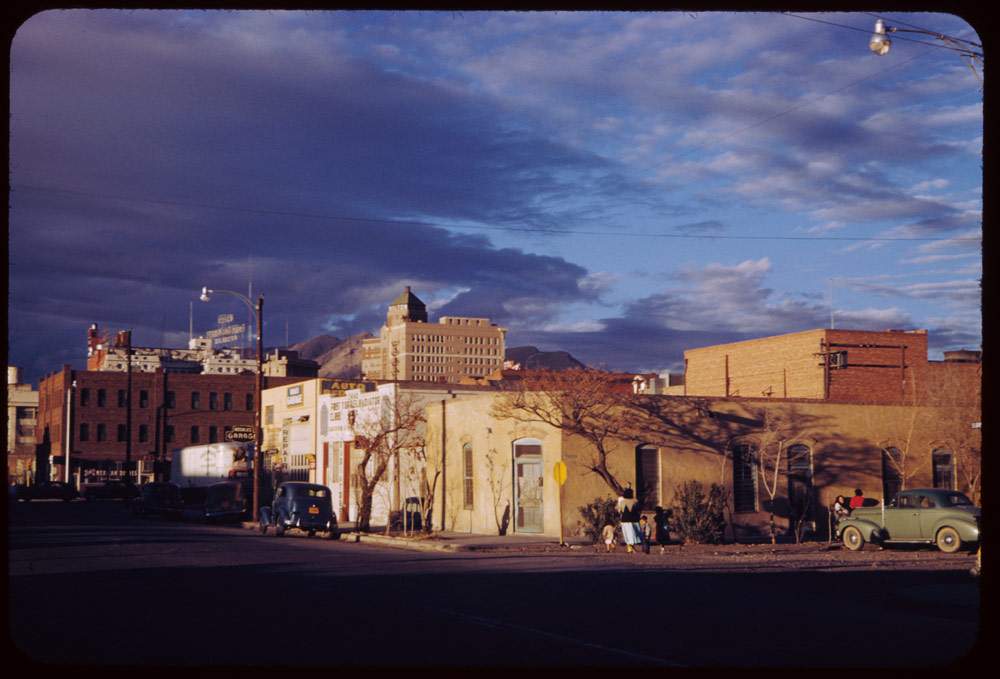 Since 1972, the Indiana University Archives has been home to a set of thousands of color slides of the American landscape at mid-century. This collection of dilapidated storefronts, gleaming skyscrapers, factories belching smoke, and the occasional pin-up represents the pictorial legacy of Charles Cushman, a 1917 IU graduate who bequeathed his photographs to his alma mater.

Sandweiss reveals the enigmatic man behind this dizzyingly comprehensive portrait of America at mid-century in The Day in Its Color. Although frequently found himself with the day's leading artists and progressives-John Steinbeck, for example, was his first cousin by marriage-Cushman himself could pass for the Man in the Gray Flannel Suit.

A Portrait Of The Artist

"Charles Cushman was a businessman, a financial analyst, and above all, in terms of his long-lasting legacy, a photographeran amateur photographer, but one who was proud to remain exactly that."

About 13,000 Kodachrome slides that Cushman took over three decades (1938-1969) in the cities he called home-Chicago and San Francisco-and while logging a half-million miles of car travel in between-were donated after his death in 1972 to the IU Archives. In 1989, another 1,500 slides were shipped to IU by Cushman's widow, and stored at the School of Journalism.

Tapping Into The Treasure Trove

The "fair collection of interesting pictures"as Cushman had labeled themremained largely unexplored until the late 1990s, when IU Archivist Brad Cook and photographic historian Rich Remsberg-then part of the J-School staff-recognized that the two sets belonged to the same collection. Their discovery and subsequent collation of the slides paved the way for an initiative to digitize the collection and make it accessible online.

The Charles W. Cushman Photograph Collection is a joint project of the IU Archives and the IU Digital Library Program, with support from the Institute of Museum and Library Services.

"It's that body of work that captured my attention, as a historian of the landscape first," explained Sandweiss, who was tapped to provide historical context for the website, "and then ultimately as somebody pursuing this particular gentleman on the other side of the lens, who turned out to be as important and as mysterious a part of the story as were the subjects of the pictures themselves."

The Day In Its Color

Neither a fine artist nor a photojournalist, Cushman was a hobbyist intent on representing the everyday landscape around him. "With an eye attuned both to corporate balance sheets and spring time flowers," Sandweiss writes, "and with a dedication rooted both in statistical thoroughness and obsessive wanderlust, Charles Cushman took pleasure, and found a sort of grace, in the process of gazing at his day in its color."