Two Characters, A Bench And A Bicycle! 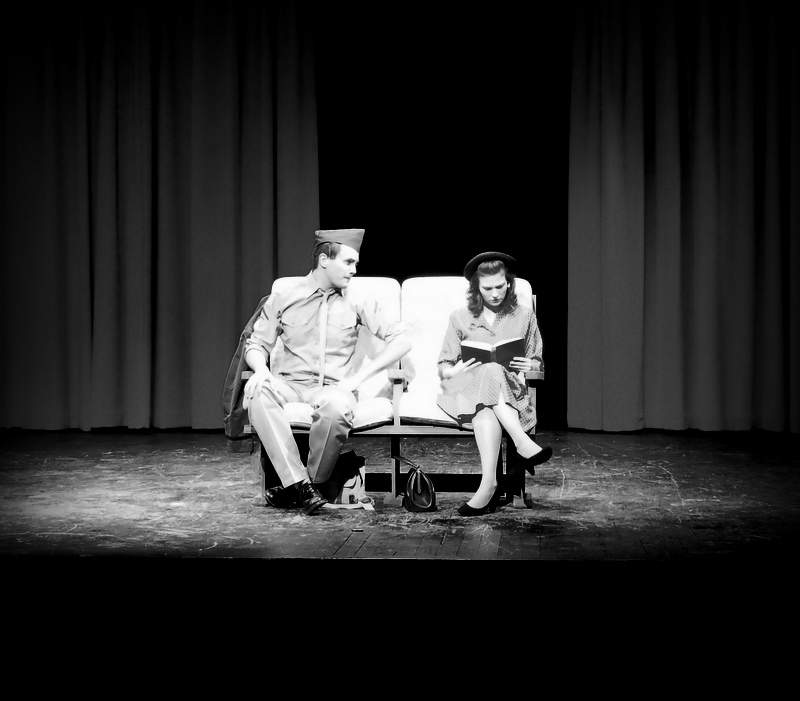 Last Train to Nibroc at the Brown County Playhouse is a love story between two very different young people who find a common core. The production in Nashville is also the story of a journey from a bench, to a swing, to a bicycle.

Last Train to Nibroc is Arlene Huttons's most successful play. She's proud of it. "It's had close to two-hundred productions around the country." But she's also modest. "I'm not kidding myself…The play is two charcters and a bench. Only a solo show would be less expensive."

For veteran director Tom Evans the production in Nashville will be his third outing with Last Train to Nibroc. Evans was the long time director of theatre at Hanover College. He's a playwright, a free lance director and a set designer. "I've never done it with just a bench," he says. "Recently in New Mexico, I used a real porch swing that the young man would use to swing the lady around." For the Brown County Playhouse, Evans has introduced a bicycle.

"At first I was afraid," says actor Ian McCabe. "You're already high up and it looked dangerous. But as Tom showed me how to use the bike, it's become sort of a third character. We use it in a couple of scenes with Nora Leahy who plays the young woman and I really like the way I can use it for one of the entrances."