New Beginnings for the Starlite Drive-In

By Mark Chilla and James Gray 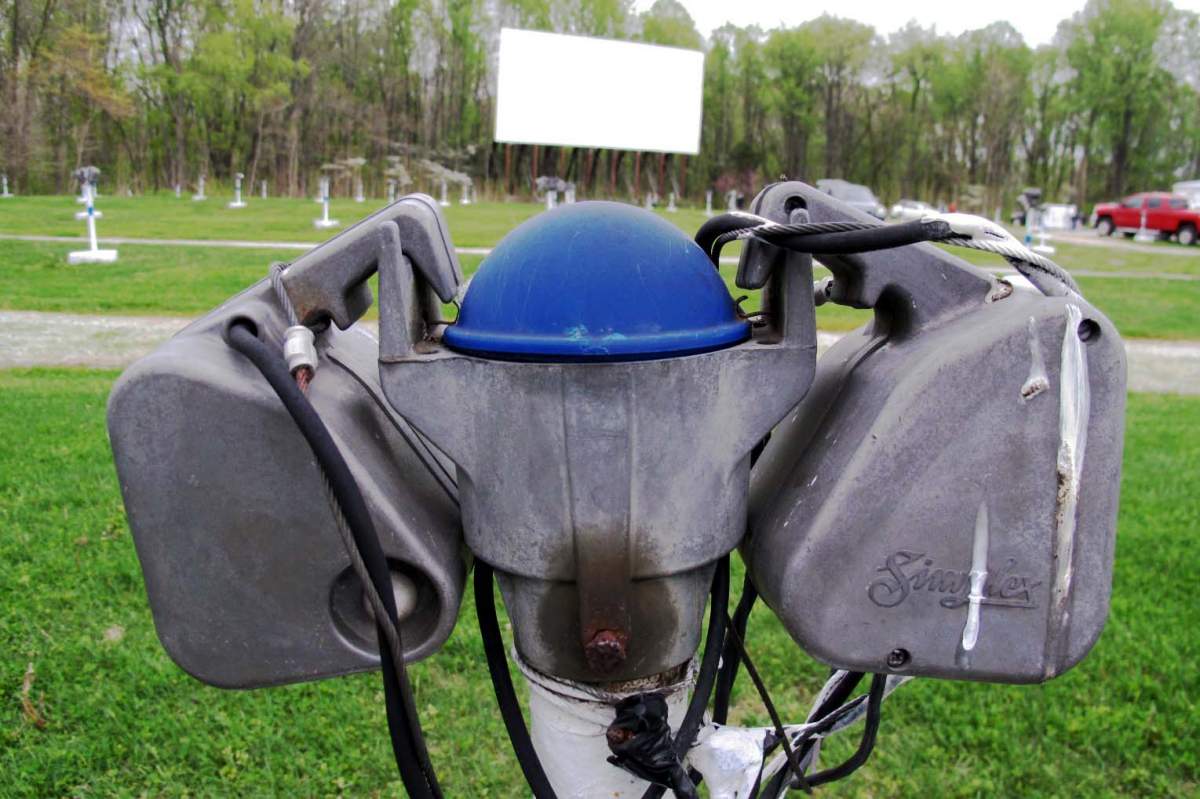 "In two to three minutes, you either have fire, or you have popcorn," Tony says. "I have popcorn. They have fire."

This year marks the 59th year of the Starlite Drive-In Movie Theater in Bloomington-although it almost didn't happen at all. Back in December, the previous owners of the struggling Starlite had to put it up for sale, and over three months later, it was finally purchased by the Freeman family, a Bloomington family, who are bringing some big changes to the drive-in.

Upgrades to the Starlite

Mark Freeman, the patriarch of the family, owns a farm in town. He purchased the Starlite on March 26th, and immediately started making some cosmetic repairs.

The harsh winter also caused pipes to burst, so they had to fix the water line, as well as the gas line. They also put down new gravel, put fresh coats of paint on the buildings, made improvements to the women's bathroom and installed new appliances in the concession stand.

After noticing that people kept walking in front of the projector and blocking the film on the screen, Freeman decided to put a fence up around window to the projection room. That inspired another project.

"Once we did that," Freeman said, "we started looking and said 'Wow." So we just made this patio here." The patio, in front of the projection room, has tables and chairs.

They also installed credit and debit card machines so customers wouldn't have to pay only in cash.

To create a more local atmosphere, they started selling local food in the concession stand, including Swing-In Pizza and Chocolate Moose Ice Cream.

Freeman also plans on replacing the projector with a new digital projector, allowing the Starlite to expand the kinds of movies they can show.

Despite all the changes, the Freeman family has kept a few things that still work well, including the union projectionists manning the projection room, and that 50-year-old popcorn machine.

The Starlite, named because of the ample stars visible this far out of town, is Bloomington's last remaining Drive-In. There used to be three others in the area: the Y&W on the north side of Bloomington, which Freeman says was the "most popular" one in town; the Cascades Drive-In on the south side of town, which is now the site of the Lower Cascades baseball field; and an adult drive-in, the Cinema West, out in Ellettsville.

From the sky, the Starlite looks like a squirrel's rib cage. Its squat oval shape is filled with parallel white curves of gravel. In the center is the glowing heart-the projection room, and at the top of the circle is the screen. It's elevated 20 or 30 feet off the ground. As the drivers come around the bend of trees at the theater's entrance, their heads jerk to the screen like it is a bride dressed in white.

But even still, from the people we talked to, the draw of a place like the Starlite is less about the movie and more about the experience.

Kenyada Gentry, who came to the Starlite with her children, Keyon and Nevaeh, says she enjoys the Starlite much more than the regular movie theater.

Unlike a regular theater, here she says, "the kids get to play outside before the movie, and then lay on their little pillows and their blankets." Gentry emphasized that it was a great way to relax and spend time with her family at the end of the work week.

After 59 years, the Starlite has a lot of tradition, and it is clear that there is a sense of nostalgia when people talk about it.

The previous owner, Cindy Jarvis, worked hard to maintain that tradition. She wanted to have people think they were coming back to 1955 when they entered the drive-in, so it was her decision to not use the credit card machines.

When she had to sell the drive-in, she had talked to many buyers, including one person out in New Hampshire.

Jarvis did not live in Bloomington, which made it more difficult to take care of the necessary upgrades. As a result, she was happy that the Freeman family, Bloomington natives, were the buyers.

She said she hopes Freeman can now "reach out and connect to the community to do fun things," like install a stage, play older movies, or do all-night film screenings.

Freeman really embraces the tradition and the sense of community that is found at the drive-in. As we spoke with him, he stopped repeatedly to greet people walking around the grounds.

All of his improvements and even the purchase come back to his belief in family and the need to socialize.

"This is a social deal," he says. "Some people bring their dogs. People bring their kids. They're out there throwing baseballs, throwing Frisbees...The environment is more social. You go to the theater, and people are 'Shh!'"

When we asked what he had in store next year, for the 60th anniversary of the Starlite, Freeman was tight-lipped about his "special" plans.

"If I started telling you," he said, "there'd be mass riots all over Bloomington."