Challenges Abound In "Sunday In The Park..." 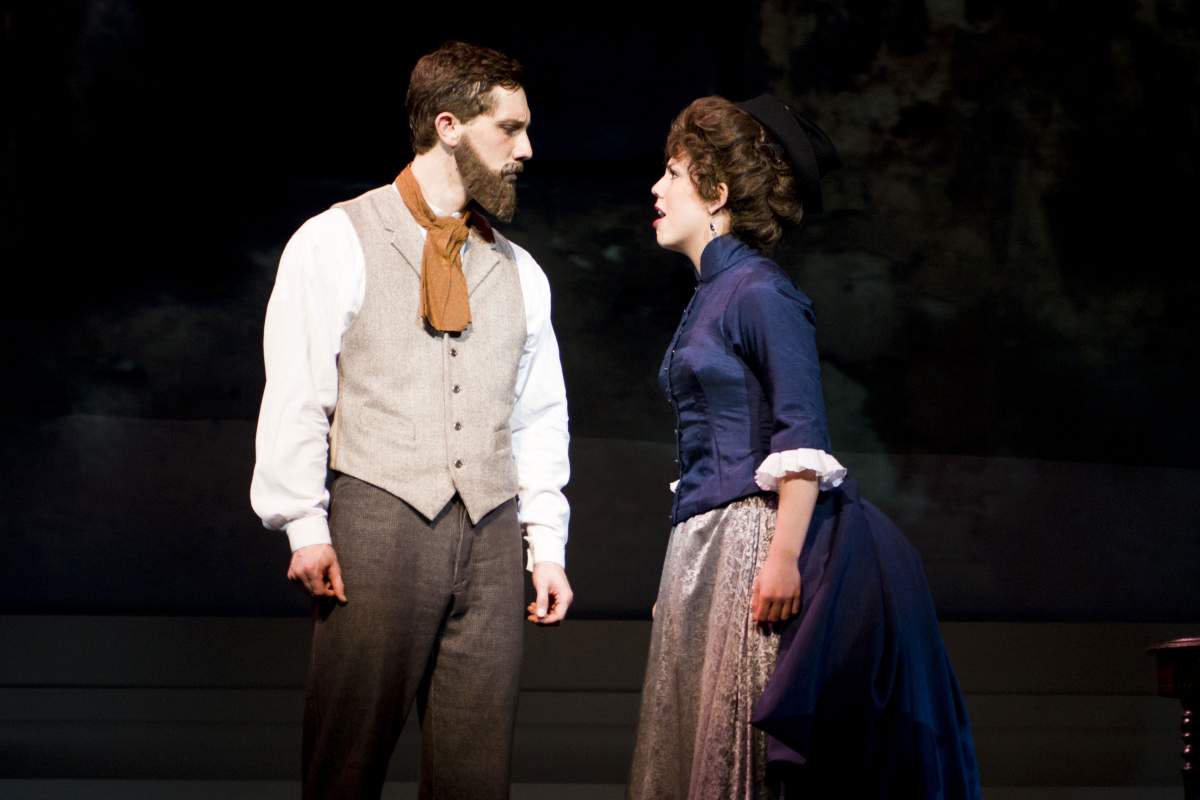 As the stage lights come up in IU's  Ruth N. Halls Theatre on Sondheim and Lapine's  Sunday in the Park with George,  freshman Elaine Cotter and junior Colin Schreier will both be facing a pair of challenges.

"In the first act, I'm Dot, the young 19th century woman involved with Georges Seurat," says Cotter. "But in the second act, a hundred years later I play Marie, Dot's 98 year old daughter. " Cotter agrees that this is quite a stretch. "Dot is a complicated character with her love for Seurat and frustration at his involvement with art. But at least she's only a few years older than I am. For Marie, I've looked to my own grandmother. She's nowhere near ninety-eight, but at least I can get some ideas."

Colin Schreier plays only one character, the 19th century post impressionist painter Georges Seurat, but he also finds two roles. "Director Georges Pinney has given me a very long leash and really carte blanche with the presentation of this character.  I'm working very hard to research and to understand Seurat both as an artist and as a man. Sometimes the two are very much in synch, sometimes they're in real conflict and that' s quite a challenge."