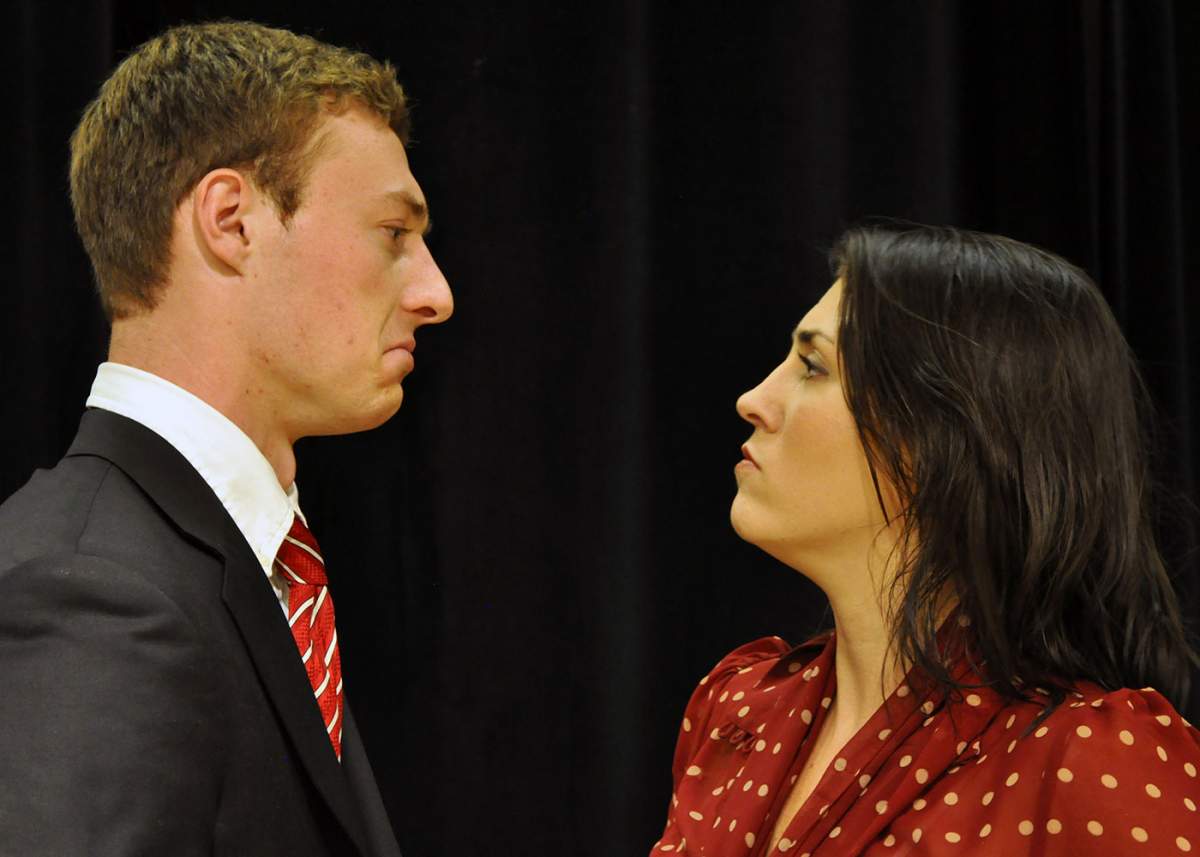 Indiana University Theatre's next offering for the "Themester 2012:  Good Behavior-Bad Behavior," is Yasmina Reza's The God of Carnage. The play was a hit on Broadway and won the "best play" Tony for 2009.  The characters are two young couples. Each couple has a child and one of them has hit the other. The director is IU MFA candidate Lee Cromwell.

Yasmina Reza is French and The God of Carnage was originally written in French. The first production was German under the direction of Jürgen Gosch.  Reza and Christopher Hampton are co-credited with the two English translations, one setting it in Paris the other in New York.  Cromwell has chosen the Paris setting . "I wanted what we think of as an ultra civilized setting in which to have the emotions play out," Cromwell says.

Those emotions are pretty primal. "Indeed," agrees Cromwell. "Although the discussion begins pretty civilly, there are the basic maternal and paternal defense mechanisms that kick in. But, it's part of the richness of the Reza's play that each of the parents is an individual. Each reacts differently and each couple is a unique blend as well."

The title The God of Carnage sounds a bit grim, but Cromwell counters. "It is a serious play with some serious issues, but it's also a family drama that is often pretty funny."

The God of Carnage at the Lee Norvelle Theatre and Drama Center plays November 30 through December 8th. On the Thursday before opening night Professor Brian D'Onofrio from the Department of Psychological and Brain Sciences joins director Lee Crowell for "Talking about Behaving Badly" at 5:30 in the Studio Theatre.