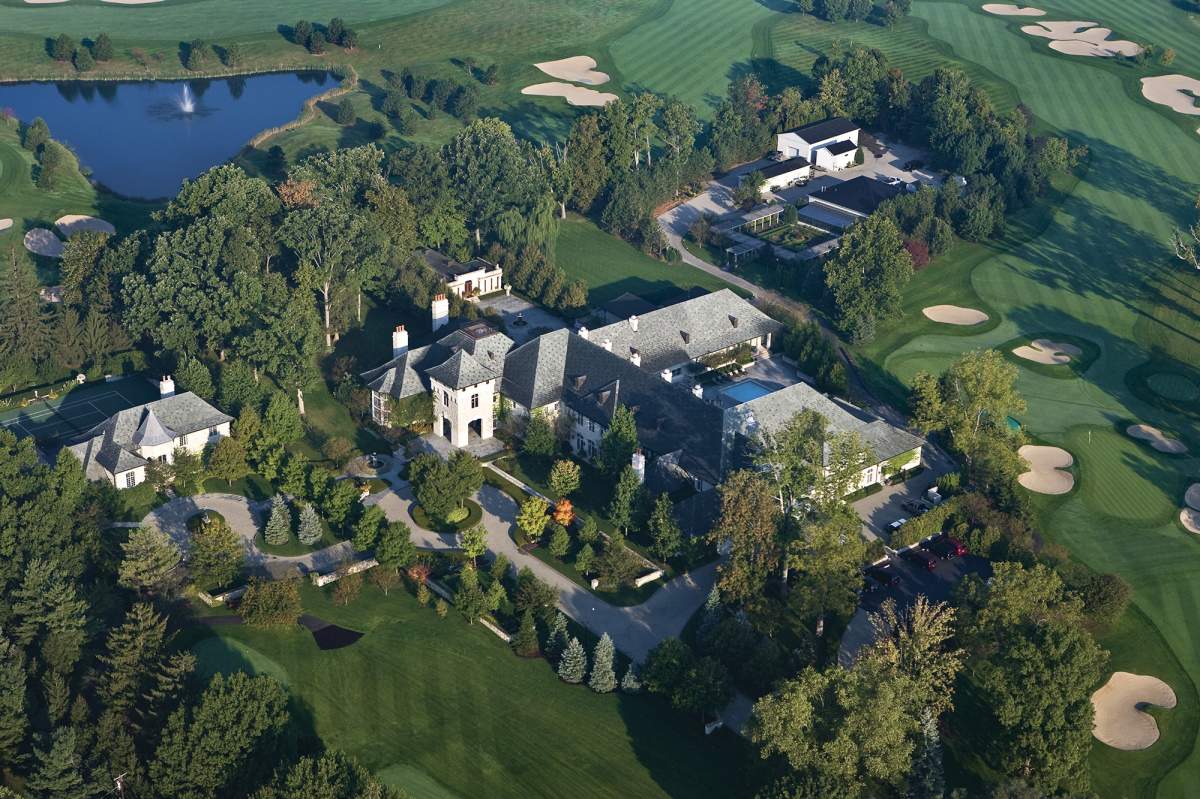 The Palladium in Carmel, Indiana in one of the premiere performance venues in the state. But tucked away on one of the floors of the Palladium lies the archives of the Great American Songbook Foundation, or what its founders call the "heart and soul" of Carmel's Center for the Performing Arts. Right now, their space is quite modest: a small gallery, a 500-square-foot archive, and a larger archive off-site.

Right now in the Foundation's small exhibit gallery, some items from the estate of one of Iowa's greatest songwriters, Meredith Willson, are on display.

Willson wrote such American favorites as The Music Man and The Unsinkable Molly Brown and the song "It's Beginning To Look A Lot Like Christmas." The Foundation houses his entire collection, including his papers, home movies, recordings, correspondences with U.S. presidents, early drafts of his songs, and much more.

"Our mission here with any collection: the more of someone's story we can tell, the better," said Chris Lewis, the executive director of the Great American Songbook Foundation. "There's quite a story here to tell. This is one my favorite collections."

Beyond the small exhibit space, the Songbook Foundation also has a 500-foot archive on site, and a larger warehouse off-site. Some of the highlights from this larger archive include the original lyrics to the "Unchained Melody" by lyricist Hy Zaret, and the cocktail napkin where Gus Kahn first wrote the lyrics to "I'll See You In My Dreams."

Lewis says this cocktail napkin represents a "magical moment" in American music history. "This was a burst of creativity. Whatever he was doing, this was in his head, and he had to get it out right then. And he grabbed the first thing he could grab, which was a napkin." The song "I'll See You In My Dreams" became Kahn's signature song and the name of the movie written about his life.

There are over 100,000 items in the Foundation's collection, including 40,000 pieces of sheet music, thousands of arrangements for artists like Andy Williams and Perry Como, the writings of critic Lida Snow, and dozens of recordings. These recordings are on rare formats too, including lacquer, aluminum, and discarded x-rays, known as "bone recordings."

These bone recordings were popular in the Soviet Union during the Cold War, when people pirated American radio broadcasts onto old x-rays, and sold the music on the black market.

"Michael's vision for the Foundation was really all about preserving... That's his passion," Lewis said. "He loves performing, but if he could be [in] an archive preserving, cataloging, and processing, that would be his vision. So, that is really a big part of what we do."

In 2011, thanks in part to the work of Carmel's mayor, the Great American Songbook Foundation found a home in Carmel, Indiana. It is now, according to Lewis, the "heart and soul" of the Palladium. Since 2011, the foundation grew from a modest collection to what it is today: over 200 collections which represents over 100,000 items. This doesn't even include Feinstein's own personal collection, which currently does not fit in their archive.

To truly tell the story of the Great American Songbook and to showcase all of their items, the Foundation is hoping to expand beyond their modest gallery space at the Palladium. Lewis said the ultimate goal is a museum. And luckily for them, the first steps towards a museum space were just made at the beginning of this year.

It came in the form of a massive donation from Bren Simon. Bren's husband, the late Mel Simon, was the founder of the Indianapolis-based shopping mall conglomerate the Simon Property Group, and was also the former owner of the Indiana Pacers. The Simon family has donated their massive a 50,000 square foot, 107-acre estate called the Asherwood Estate, located just a few miles from the Palladium, and worth an estimated $30 million.

Lewis is unsure whether or not the Asherwood Estate will end up being the home of a future Great American Songbook museum. There are still feasibility studies to be done.

"It's too early to know if that is going to be the actual home," Lewis said. "But it's an incredible gift that comes with great accountability. We've been very excited. We are very deliberate and strategic about how we move forward."

For Lewis and the other four full-time employees on staff, they are currently taking it one step at a time. Perhaps in several years, you'll be able to visit the Great American Songbook museum, possibly located on that 50,000-square-foot Asherwood Estate.

But in the meantime, you can still observe their archives in the 500 square feet located at the Palladium.