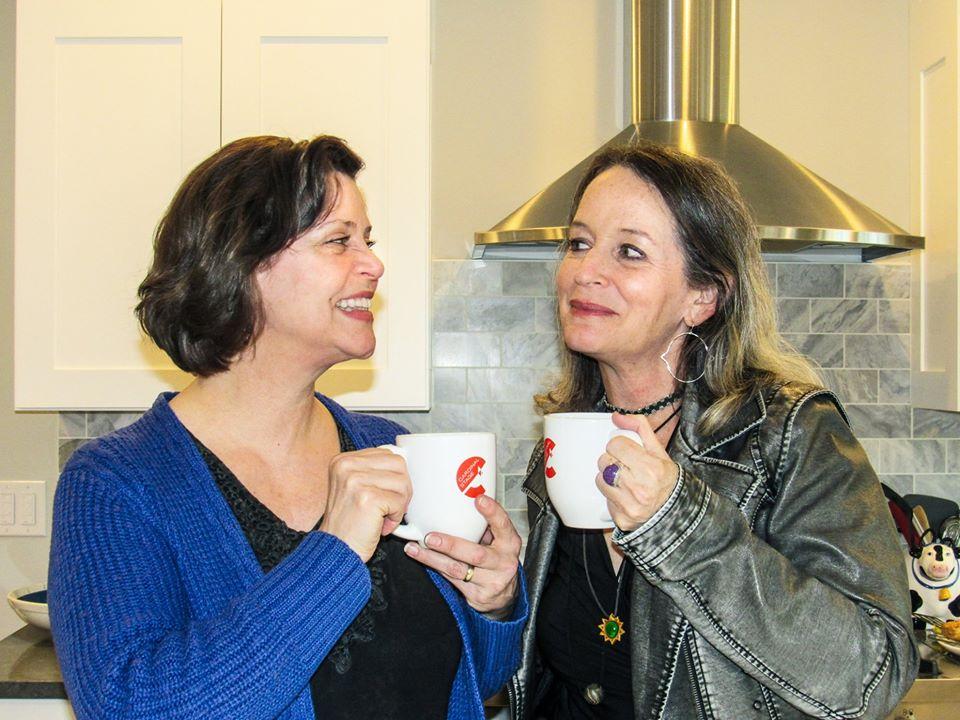 Sharon, Adrianne Cury a guest artist from Chicago, is a dowdy, divorced Iowa housewife. She goes grocery shopping on Thursdays and meets with a book club on some other day. We don't know it, but after a lifetime of "Don'ts's" Sharon is ready to explode into the "Do's."

Robyn, Bloomington veteran Constance Macy, is a more put together, divorced New Yorker looking for the relaxation of the Midwest. Robyn doesn't know it, but she's going to supply the cues and the fuel for Sharon's "Do's."

Sharon's life has been a series of those "don'ts." First the came from her mother. Later the came from her husband. Currently, they're coming from the artistic son who may love her but doesn't like her very much. She's pretty much sitting on a pile of negatives.

Robyn, too has issues with her offspring. Daughter Amanda is now temping at a law firm. The girl who was a whiz at stealing cars and paid her way through college growing, and selling weed now wants to be exclusively in the lily white present.

The Roommate plays for about ninety minutes and things do happen fast.

As Sharon digs more deeply into Robyn's criminal past, she's inspired. Indeed more than inspired. A French accent and a story that goes way beyond Robyn's suggestion nets her the credit card numbers of an unsuspecting acquaintance. An internet date and a bit of fumbling lead to the acquisition of the man's cigarettes, his lighter and even his watch. A bit of weed and a dance lead her to kiss Robyn.

The transformation of Sharon is more than Robyn can handle and she leaves. There is a final phone call as the two seek a shaky connection, but as Sharon smashes Robyn's crude attempts at pottery there's a discovery that may lead her even more deeply into undreamed of "Do's."

From the local Iowa radio station in the background, through the carefully chosen rock numbers that separate the scenes, Andrew Hopson's sound design works well. Aaron Hutto's lighting punctuated the drama. Christopher Simanton's costumes were nicely varied and especially dramatized Sharon's changes. David Wade's scenic design is a wonder in the small space. There's a kitchen, a dining area, a garden spot, a staircase, two outside doors. It has to be seen to be believed.

Both playwright Jen Silverman and director Daniella Wheelock are decades younger than Sharon and Robyn but the play and the production show that they clearly cared for these women and what Wheelock calls their "storied lives."

Cardinal's The Roommate in the Rose Firebay plays through February 22nd. Seats locations are on the tickets.

You may find this review and a preview with director Daniella Wheelock at wfiu.org/arts