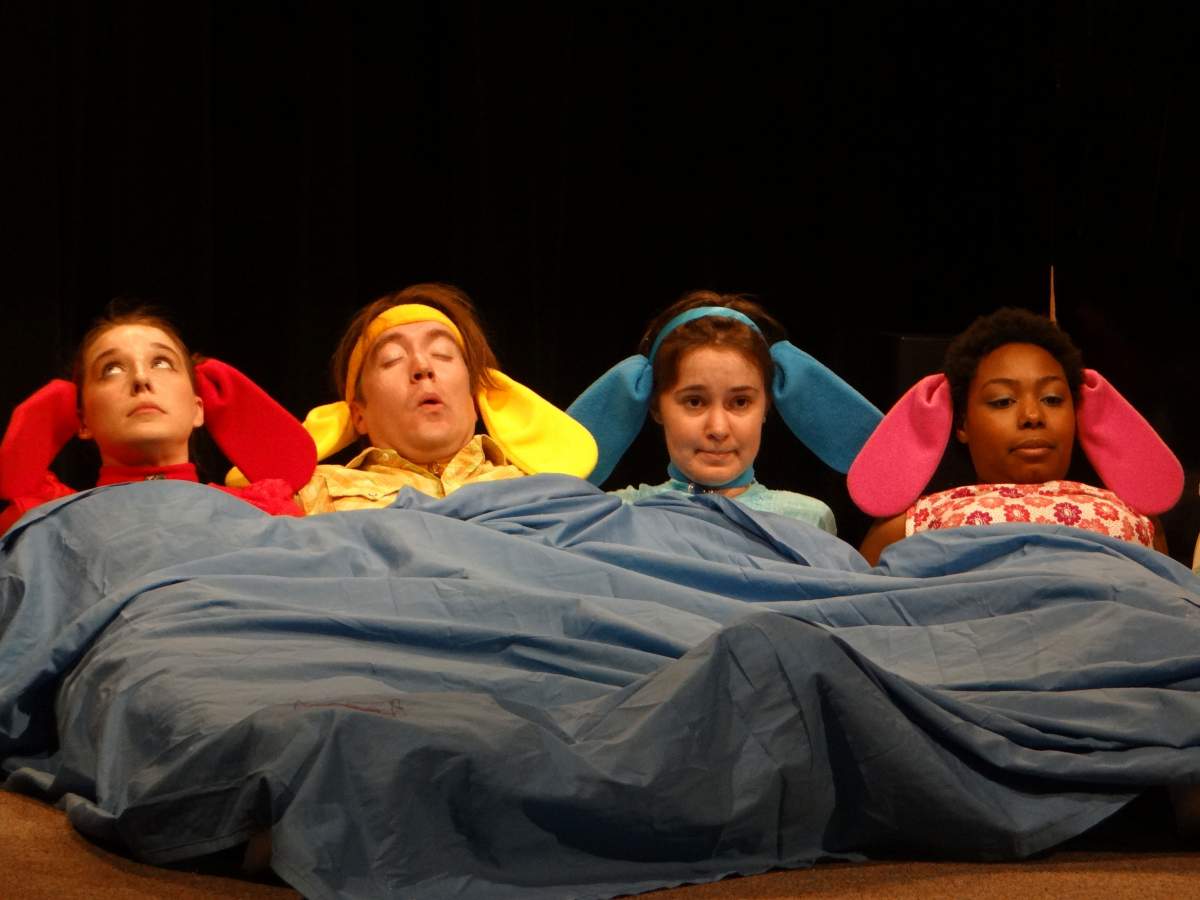 The Cardinal Stage Company presents Go, Dog. Go! By P.D. Eastman. Eastman was a Disney and Warner Brothers veteran who wrote the story for Dr. Seuss's Beginner Book series. The series began with The Cat in the Hat.

Kiotta Marshall and Alex Gulck are both veterans of Cardinal Stage Company productions, but for both this is the first kids show. "One big difference is simply the amount of physical motion, director Randy White really has us moving" says Marshall.  "Yes, "says Gulck,  who plays Yellow Dog. "It's a show aimed at the youngest audience ever for a Cardinal kids show and it's more of a series of vignettes than an extended story."

Marshall is especially aware of the vignette quality of Go Dog. Go!  because she plays two characters. "I play "Spotted Dog" and a character named Hattie," said Marshall. So I am always coming in and out as one or another of the characters. Fortunately, Hattie always wears hats, so the kids can tell us apart."

Speaking of hats, both actors say that costume designer Angie Malone has them looking very much like people playing dogs. "It's kind of like the cartoon character Goofy," said Gulck. "We do have ears and tails, but we're still definitely people."