Cardinal Opens 2012 With 'To Kill A Mockingbird' 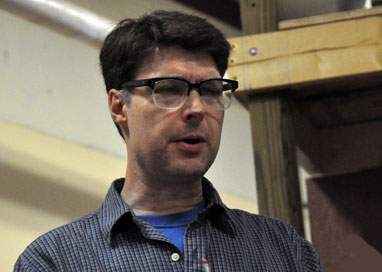 To Kill a Mockingbird has been called, "the most widely read book dealing with race in America, and its protagonist, Atticus Finch, the most enduring fictional image of racial heroism."

Chicago based actor Dan Rodden joins the Cardinal Stage Company for the production playing Atticus Finch. "Anyone who takes on this part is going to be compared to Gregory Peck in the film," admits Rodden. "But there are differences between the play and the movie and it's a role with room for a variety of interpretation."

Even before rehearsals began, Rodden was getting comments about To Kill a Mockingbird. "When people heard that I was in the show a number of lawyers told me that the example of Atticus Finch was what motivated them to go to law school. I'm not sure if they followed quite in his footsteps, but he does seem to have been an inspiration."

Bloomington veteran Gladys DeVane plays Calpurnia, the Finch's cook, housekeeper and disciplinarian. "Atticus is a fine man with a dry sense of humor, but when it comes to his children, Scout and Jem, Calpurnia is pretty much in charge," says DeVane.  "One of her strong lessons to the children is respect for their father and although it's only sketched in the play, Calpurnia is in many ways a bridge between the communities in the town."