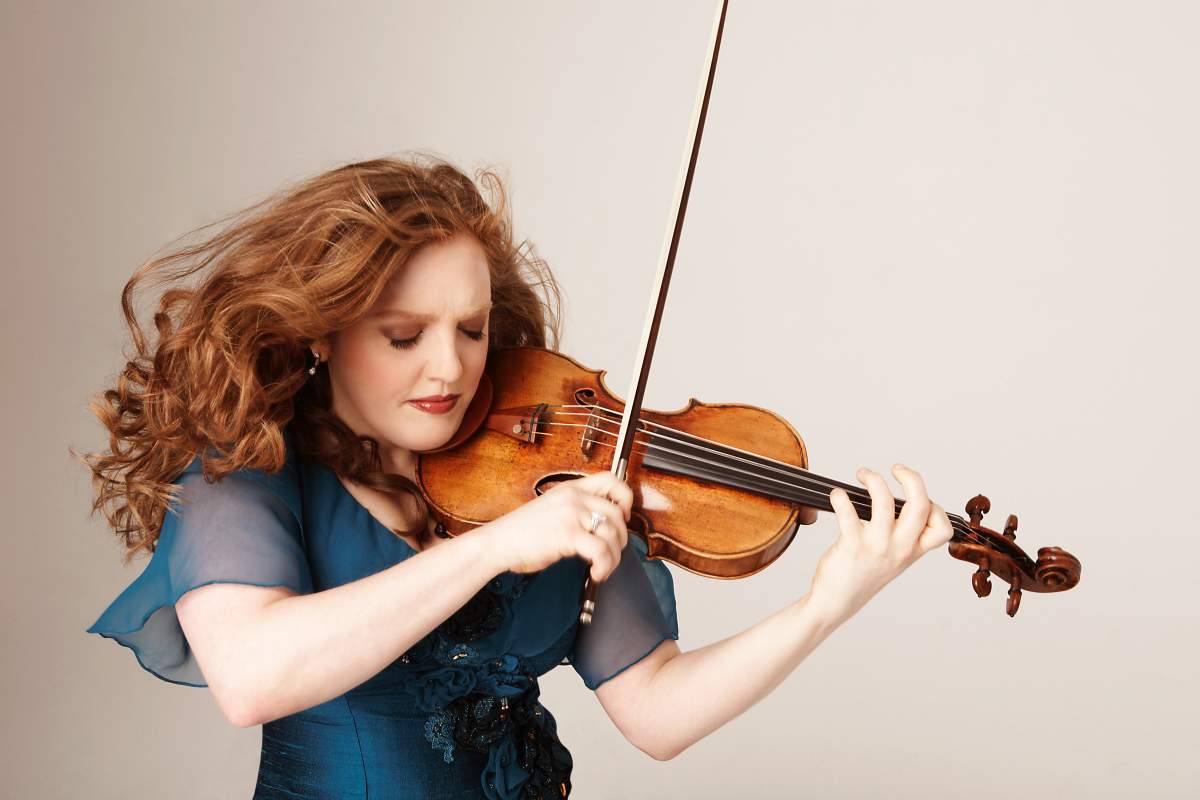 The CD Capricho Latino is a new solo outing for violinist Rachel Barton Pine. Her special affection for the solo repertoire came naturally. "When I was growing up money for an accompanist was a strain on the family budget. So, I was always interested in pieces that I could play by myself."

Pine has performed much of the romantic repertoire, recorded a  tribute to America's first great woman soloist Maude Powells and just recently completed the third in a series of trio recordings from Europe in the 17th and 18th centuries. The Latin repertoire grew out of a honeymoon cruise.

"We were sailing in the southern hemisphere and I knew that I wouldn't have a pianist. So I thought what a nice time to play some pieces just for the fun of exploring them. However, the more I played the music, the more convinced I was that I wanted to record them."

"I was really drawn to the variety of the pieces. Guitar is such an important instrument in the music that I had to play some of those pieces." There is also a wedding present piece for Pine and her husband Greg Pine from Luis Jorge Gonzalez and a piece written for Pine by conductor composer Jose Serebrier. In addition Pine made her own arrangement of music by Astor Piazzola.

A Set Of Solos That Ends With A Duo

The CD's finale is the children's story of "Ferdinand the Bull." "Actually, it's a duet with actor Hector Elizondo," says Pine."It's a favorite of his and it was great to work with him as we recorded Alan Ridout's setting of the story."