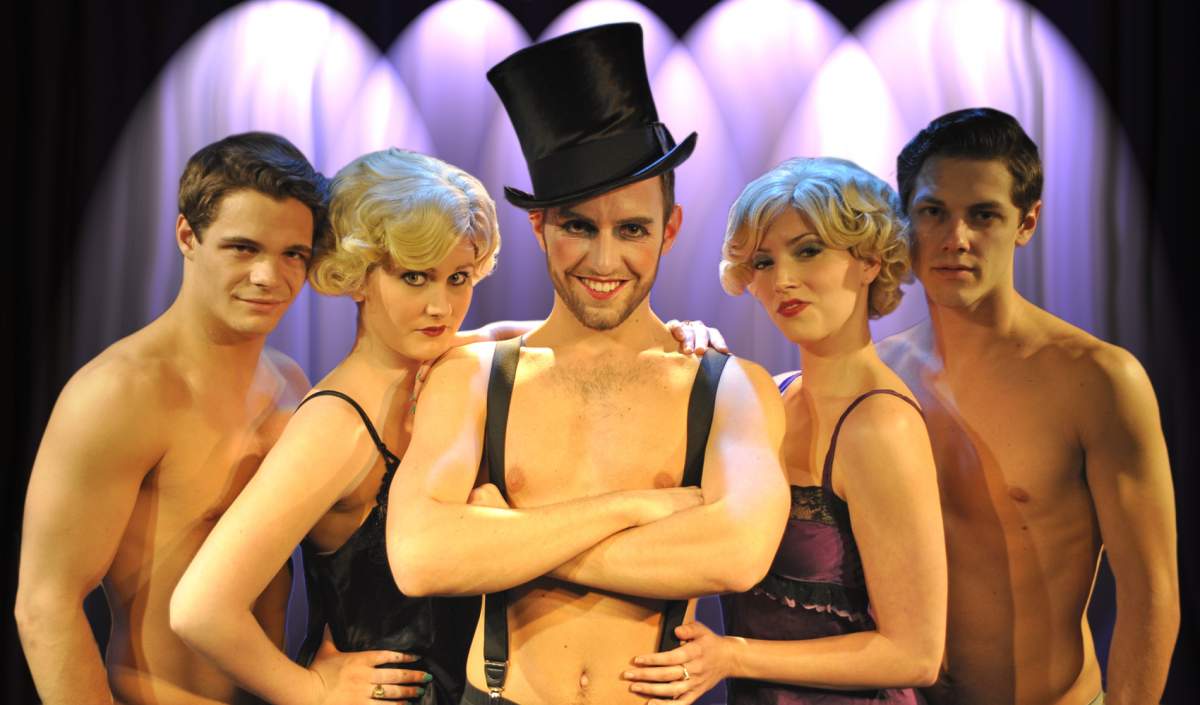 In Cabaret at the Lee Norvelle Theatre and Drama Center two of the leads find a dual quality to their characters in a cautionary tale.

Evan Mayer plays the Emcee at the Kit Kat Klub. "The Emcee has to be a very entertaining figure," says Mayer. Our director George Pinney has incorporated a lot of dancing into the role which really heightens the entertaining aspect of the part." But Mayer goes on to a dark aspect. "Outside the cabaret there's a kind of puppet master feel. The role of the Emcee has been very interesting to discover and to experiment with."

Accents From NYC In The 60s And Weimar In The 20s

challenge of the accent. "I've always enjoyed experimenting with different dialects," says Anderson. "In the IU production of Hair I got to do a little New York, playing the Mom role." She reflected briefly on the similarity of Hair's New York City in the 60s and Weimar, Germany in the 30s with "You'd be surprised at how similar it actually is, truly."

In some ways Sally Bowles, like the Emcee shows two sides. "Yes, she's this wonderfully attractive figure, but with a streak of doom especially with the pregnancy and the abortion," said Anderson. "It's definitely been a challenge to show both. At the same time, she represents something so big in this production, the ignorance…how they chose to ignore all the terrible things that were happening outside the club. It's wonderfully decadent and such a fun role, but it represents so many issues of what was happening at the time."

Mayer added, "There's definitely an element of ‘this could happen here' in our production. Just kind of a message that says you have a voice, in politics you have a voice in this country stand up for what you believe in." "Let's learn from our past," added Anderson.