Buyer and Cellar...Ba'b'ra And Her Basement 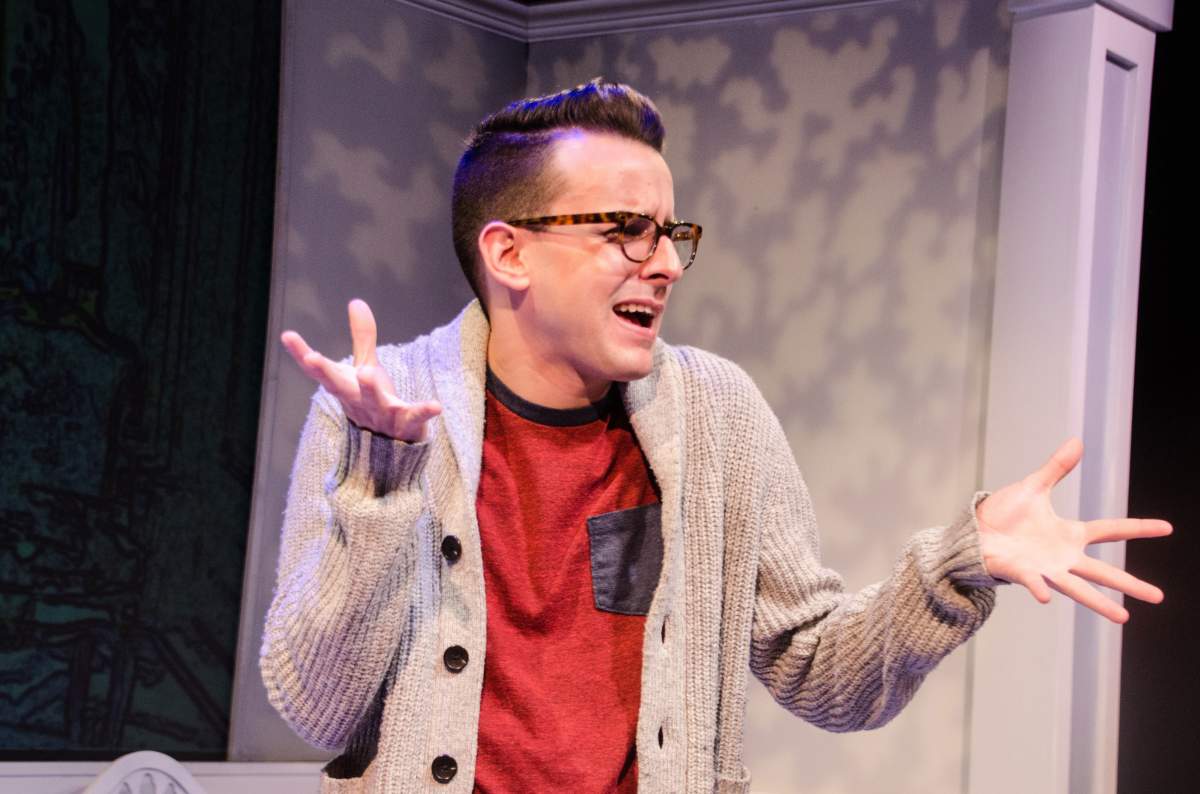 The Cardinal Stage Company has unveiled the second of its pair of one man shows in the Ivy Tech John Waldron Arts Center's Rose Firebay. It's Jonathan Tolins' Buyer and Cellar (that's Cellar as in basement). It's the worthy winner of the Off-Broadway Alliance's "Best Unique Theatrical Experience" award.

Playwright Tolins has had success with theatre, film and television. He's co-written a show for Bette Midler and he's a panelist on the Metropolitan Opera Radio Quiz. Tolins is aware, clued in and cultured with a capital C .

Buyer and Cellar begins as actor Remy Germinario introduces himself quite personably and proceeds to tell the audience that he's going to play Alex, an imaginary actor in a story that never happened set in Barbara Streisand's real basement mall and repository of all her years of collected stuff.  Germinario proceeds to tell the story of Alex's getting a job in Barbara's basement mall as the custodian of her Busy Bee Shoppe, Dress Shop, and Gift Shoppe along with the popcorn and frozen yogurt machines.

Although Alex is fascinated with some of the stuff, life gets lonely below stairs. He fantasizes, plays with the dolls and dusts. All this changes with visits Barbara herself, dramatic scenes of Brooklyn style bartering and even a bit of coaching for a possible upcoming role in a production of Gypsy.

Through it all Germinario  is smoothly carrying on both sides of conversations with  his gripey boyfriend Barry, Sharon the guardian of Barbara's estate, Barbara herself and James Brolin. It occasionally wears a bit thin, but overall quite a tour de force for the actor.

As I thought back on Thursday night's preview performance, I realized that I had been taken. The card sharp had told me the card that I'd picked. The bean wasn't under the can where I was sure it had been placed. The lady wasn't sawed in half.  I'd been had by a clever playwright, a well invested actor and a nicely staged production. Theatre magic had occurred.

The Cardinal Stage Company's productions of Jonathan Tolins' Buyers and Cellars and Mike Daisey's The Agony and Ecstacy of Steve Jobs continue in repertory in the Ivy Tech John Waldron Arts Center's intimate Rose Firebay through November 22. The Steve Jobs is a wonderfully involving lesson and a sermon. Buyer and Cellar all entertainment.