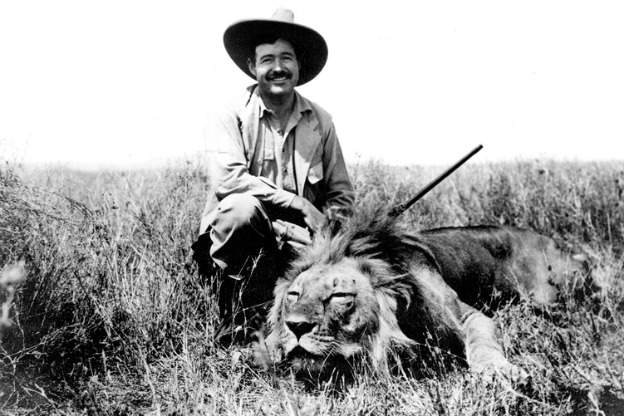 Professor and biographer Christoph Irmscher was sifting through a special collection in Indiana University's Lilly Library, when he stumbled on a nearly-nude photograph of Ernest Hemingway. The photo belonged to Max Eastman, a writer, critic, and editor whom Irmscher describes as, "the prince of Greenwich Village in the nineteen-teens and twenties." As for Hemingway, his reputation precedes him

"This kind of virile, swaggering dude," Irmscher asserts.  "He's somebody who's known for these feats of masculinity, being a war correspondent, a big game hunterthe kind of daring that's also in his novels."

At one point, however, Eastman suggested that Hemingway's writing was not quite as tough as it pretended to be.  That it possessed, in Eastman's words, "a literary style, you might say, of wearing false hair on the chest."

Producer Allison Quantz traces the connection between literary emasculation and the photo Eastman kept for so long to tell a story of pride, manliness, and how tough it can be to buck the norm.

Allison Quantz is a radio producer living in Bloomington, Indiana. Her work has been heard across the country on such shows such as BackStory with the American History Guys, Word of Mouth, and With Good Reason. "Naked Hemingway" is the debut of her series Archival, about stories found in the boxes, basements and drawers of archives around the world.