Bullets Over Broadway The Musical 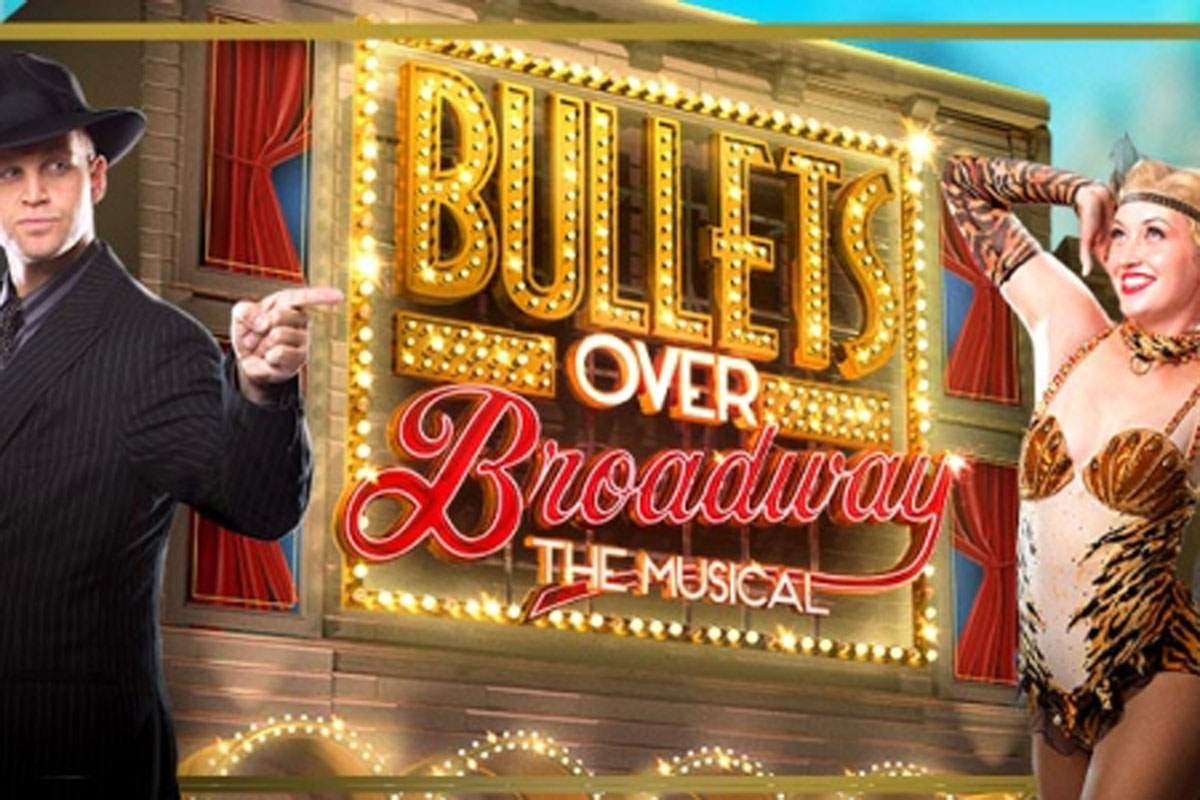 Bullets over Broadway the Musical at the IU Auditorium opened with a bang, as an actor wrote the show's title on the curtain with a smoking machine gun.

The musical by Woody Allen is based on his movie about a struggling playwright whose first play is backed by a gangster. The new show is full of songs from Allen's favorite period. They're borrowed from the twenties and thirties and sung by an accomplished cast. Sometimes the songs flow with the action. Sometimes they interrupt it. They propel the story and sometimes they comment on it.

Bullets over Broadway …is also very much a dance show courtesy of the efforts of Susan Stroman. The show's hard working seven member corps de ballet appear in a club show, a Cotton Club skit, as a group of flappers, and as a team of train station red caps. There's also a memorable tour de force of a darkly dramatic tap piece choreographed for the gangsters.

The playwright's joy at the windfall from the mob boss, played by a gruffly friendly Michael Corvino, is tempered by the presence of his girl-friend. His girl-friend played full out by Jemma Jane has a great amount of desire that's unfortunately balanced by her total lack of ability.

Along the way to the opening the  playwright, an energetic but hesitant Michael Williams  falls for his leading lady, the assured Emma Stratton, wrestles with the presence of the boss's girl,  and discovers that one of his gangsters, Jeff Brooks, has a real talent as a play doctor. Gradually, the doctor takes over the play and begins to object strenuously to the presence of his boss's girl-friend in the show.

As you can see I've left out a lot of details and with that machine gun still handy,  I'm not spilling the beans about the ending, but I will say that once again a busload of a talented touring company with two semi's of staging makes its special magic on the auditorium stage.

Bullets over Broadway the Musical wraps up the season at the IU Auditorium with its final performance this evening at eight.