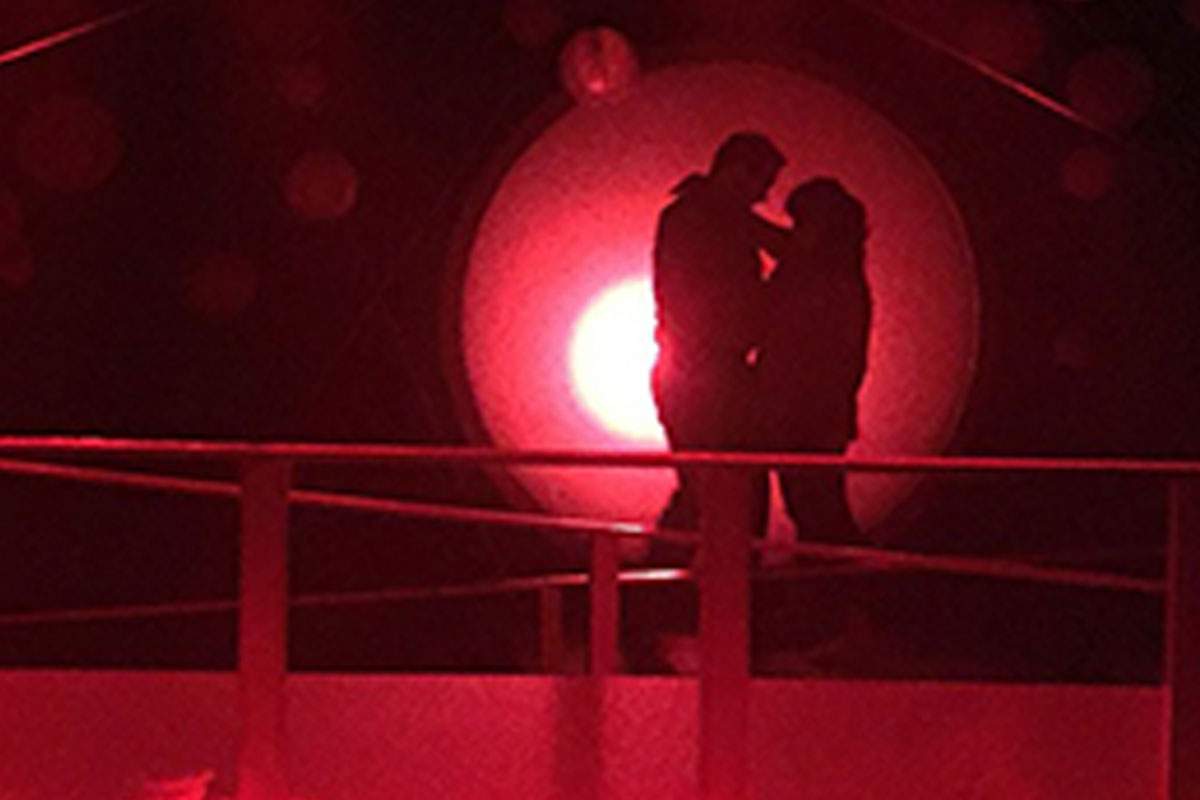 The Bull, the Moon and the Coronet of Stars is a very adult, playful seventy-five minute account of a young woman's search for love. Australian playwright Van Badham's play is loosely based on the story of the labyrinth's mistress Ariadne, her aid for Theseus and her later love for Dionysius. For the Bloomington Playwrights Project's production, set designer Shane Cinal has taken up much of the ninth street theatre's space for a mini maze, lit by starry lanterns and decorated with a criss crossing of string.

In the first part of the play Emily Radke plays Marion an Oxford museum's visiting artist and Nate Curlott is Michael the museum's married publicist. As their frustrated attraction for one another grows, strange things seem to happen in the museum. Windows break from the inside. Loud noises are heard. And the staff departs in fear. In part the mysterious events seem real, but in part the imagination of the two. A final sort of battle in the maze of the museum with Marion like Ariadne and Michael like Theseus linked by a thread culminates in their passion.

In part two, a somewhat chastened Marion is at a sort of beach front retreat center in Wales teaching an elderly group of ladies to sketch still life. Nate Curlott is now Mark, the raunchy activities director and sommelier.  The wild Mark encourages the ladies to dance with alcoholically fueled abandon and even poses naked for their class. All this exhuberance to eventually open and win the reticent Marion.

The handsomely mounted and executed BPP production is directed with verve by Chad Rabinovitz. Emily Radke makes a charming Marion, both as the winsome visiting artist and the more restrained teacher. Nate Curlott is a charmer as the stiff Michael and the rambunctious Mark

Van Badham's The Bull, the Moon and the Cornet of Stars at the Bloomington Playwrights Project plays October 2nd and 3rd, the 8th through the 10th and the 15th through the 17th.