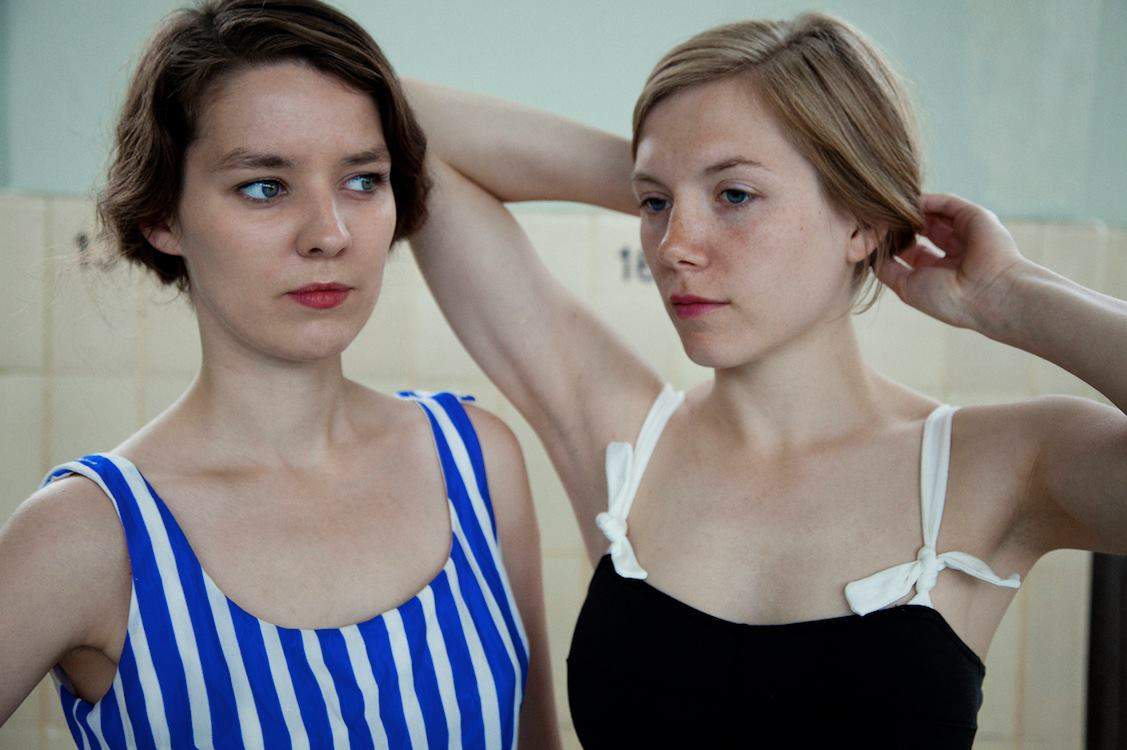 At the Lotus Festival on Saturday, My Bubba's music charmed audiences with its delicateÂ blend of rich harmonies, Â intricate counterpoint, and whimsical lyrics.

The Swedish/Icelandic duo, comprised of My Larsdotter and Bubba Tomasdottir, makes music that is is intimate - so intimate, in fact, that during the recording of their latestÂ album, Big Bad Good, they swabbed their bacteria, bottled it, and are selling it on their website.

For $50, anyone can purchase a medicine bottle containing the bacteria. "It's an intimate record with intimate merchandise," Tomasdottir said.

The lyrical poeticism of My Bubba's music can be odd and whimsical, which reflects Larsdotter and Tomasdottir's unconventional methods in the musical process. When they arrived at the studio to record Big Bad Good, they didn't have any songs prepared.

"We wanted to catch the songs when they were completely fresh, when they're newborn and you haven't rehearsed it a hundred times and know how they're exactly going to be," Tomasdottir said.

My Bubba formed in 2010 when Tomasdottir saw an ad in the paper for a place to live in Copenhagen, Denmark. After answering the ad, she moved in with Larsdotter and became inspired to make music with her new roommate.

"I used to hear My sing while she was doing the dishes," Tomasdottir said. "I asked her if she wanted to join me on a song I was writing."

When it comes to musical influences, My Bubba pulls from artists from nearly every genre, not just from similar-sounding folk music. "Now, I feel maybe more inspired by musicians who make completely different music,"Â Larsdotter said. "D'Angelo for example."

Making music is an organic process, explained Larsdotter, without a specific goal. "I don't know if there is a message and a meaning behind it. It's just something that comes very natural to us."